The chemical responsible for forming a potent carcinogen in recycled water has been confirmed by researchers at the USC Viterbi School of Engineering.

USC Viterbi Assistant Professor Daniel McCurry, undergraduate student Meredith Huang and master’s student Shiyang Huang have looked at the carcinogen N-nitrosodimethyalmine, or NDMA, in recycled wastewater. The team began its study after contradictory findings surfaced in the environmental research community, causing hesitation in the adoption of NDMA intervention methods at treatment facilities. Their work was published in Environmental Science and Technology Letters as the March cover study.

“The recent drought in California and subsequent water vulnerability has increased interest in water recycling,” said Meredith Huang, the study’s first author. “However, disinfection byproducts like NDMA, formed in the process of treating wastewater, are harmful to humans and introduce some issues when the goal is re-consumption.” 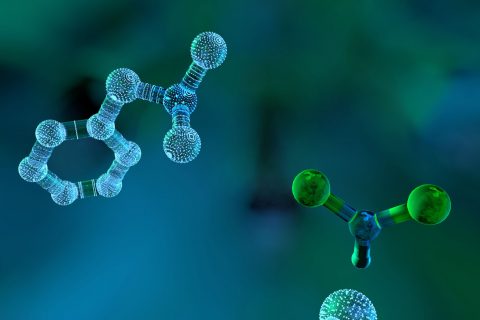 In the late ’90s, high concentrations of NDMA were found in what was otherwise extremely clean recycled wastewater, which in most states is discharged into rivers that are used as sources for drinking water. This discovery set off a years-long research effort by several labs to figure out how the harmful chemical compound was forming.

“The concentration of NDMA that we’re worried about is very, very low,” said McCurry, who works in the Sonny Astani Department of Civil and Environmental Engineering.

“NDMA is one of the major obstacles to direct potable reuse because it is really difficult to get rid of thorough traditional treatment processes,” McCurry said. It is instead easier and more affordable to lower NDMA concentrations by eliminating the molecules responsible for its formation.

While the team’s study confirms the identity of the compound responsible for NDMA formation and encourages treatment plants to continue implementing intervention methods, the work is far from complete. Huang is currently working on a model that will show in detail the complete mechanism of NDMA formation.

“Our results are based on NDMA yield experiments that only consider the final products of the reactions. The exact pathway from precursors to NDMA has not been discovered yet,” Huang said. “Understanding the complete mechanism would give us more information to explain what factor — pH, temperature, other chemicals — would affect NDMA formation in practice.”

Less than 1 percent of water in LA is recycled, USC report finds

The Worth of Water

In the United States, despite droughts, water is accessible and relatively clean. You can find it in water fountains, sink faucets and store shelves.