It may be time for you to learn about the Fed. What does it actually do?

One common misconception is that the Federal Reserve System is part of the federal government. Actually, it was set up by a federal act but explicitly chartered to be outside the government structure.

USC Price School of Public Policy Professor Raphael Bostic recently returned to campus for the first time since taking leave to assume the role of president and CEO of the Federal Reserve Bank of Atlanta.

Bostic, the first African-American to serve as president of a Fed regional bank, joined Dean Jack H. Knott for a discussion on the state and direction of the U.S. economy, issues of opportunity and inequality, and good governance.

One common misconception, given the name, is that the Fed is part of the federal government. It was set up by a federal act, but explicitly chartered to be outside the government structure.

Bostic reports to a board of directors for the Federal Reserve Bank of Atlanta, which has a district that includes all of Georgia, Florida and Alabama, and parts of Mississippi, Louisiana and Tennessee.

Responsibilities for the Fed include setting monetary policy with a focus on maintaining a stable price level and maximizing employment; supervising and regulating banking institutions to ensure capital and credit are available to all levers of the economy; facilitating settlements for transactions; distributing newly minted bills to banks around the country and reviewing the quality of bills coming in from banks; informing people how the economy is working; and engaging in community development.

I’m trying to send the message that we should view economic development as an important component of our broader economic policy because it has real implications for the productive capacity of the entire country.

“I have a staff responsible for being out on the ground in communities throughout the district, trying to help those communities figure out what they want to do and how they can do it more effectively,” Bostic said. “I’m trying to send the message that we should view economic development as an important component of our broader economic policy because it has real implications for the productive capacity of the entire country.”

What did the economic downturn teach us?

One focus of the discussion centered on the economic crash of a decade ago and what lessons were learned from it. According to Bostic, there were people who noticed that standards had shifted and saw a willingness to get transactions done without consideration for the amount of risk being transmitted into the system.

However, no one had a real understanding for how the redistribution of those risks, through an increased complexity of instruments in the financial system, were compounding each other. And when things started to go bad, it was nearly impossible to predict how the small disruptions wound up having systemic implications. Low interest rates also created an era of excessive leverage.

“A ruthless adherence to the predictions of hard models is likely to get you to a place that’s different from where the world is really going,” Bostic said. “So we have to be mindful about this. The models are helpful and instructive, but there is more that we need to think about in terms of crafting policies and making expectations.”

Learn about the Fed and its diversity and inclusion efforts

Bostic mentioned that the Fed has a diversity and inclusion initiative to promote inclusion in staffing and procurement. 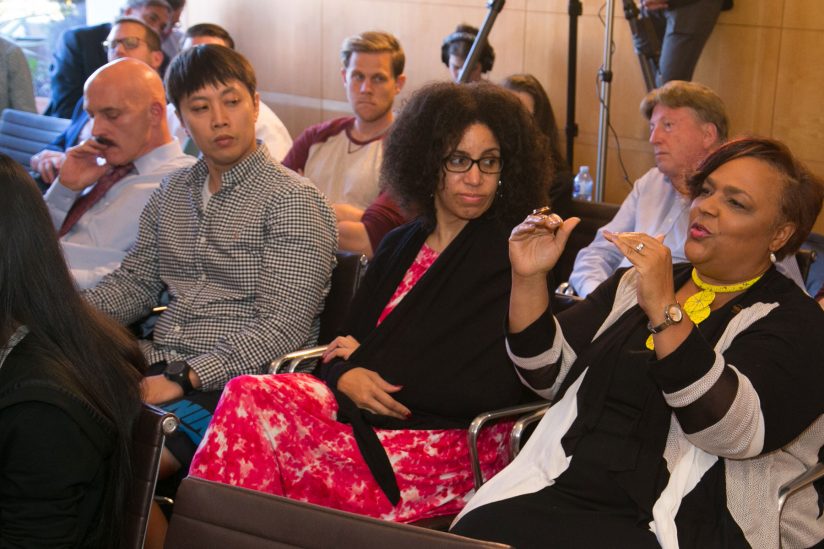 “When I talk about diversity and inclusion, I always talk about it from the perspective that I believe by being diverse and inclusive, it makes our product better,” Bostic said. “There’s some moral element to it, but there’s a productive interest in having everyone contribute. … I really think by turning your back on diversity, you’re holding an institution back from being as productive and effective as it could be.”

Bostic added that Atlanta ranked 49th out of 50 on a list released last year of economic mobility in the nation’s largest metro areas. In that context, Bostic mentioned that he is still pursuing the research agenda he was working on at USC, and he highlighted a project that involves running assessments.

“Economic mobility is another one of these issues like inequality where we’re leaving resources on the table,” Bostic said. “This economic mobility issue is an everyone issue. It’s easy for people to say those are neighborhoods over there that I don’t have to worry about, but there are more neighborhoods like that closer to you than most people understand. The more we talk about and understand that this is a collective issue, I think the more likely people will actually get up and do something about it.”

Department of Commerce leader heads a roundtable of business, government and higher education leaders to discuss the future of a biotech corridor near the Health Sciences Campus.

The model for higher education that defined the last century is falling short today.

What you may not know about the Fed