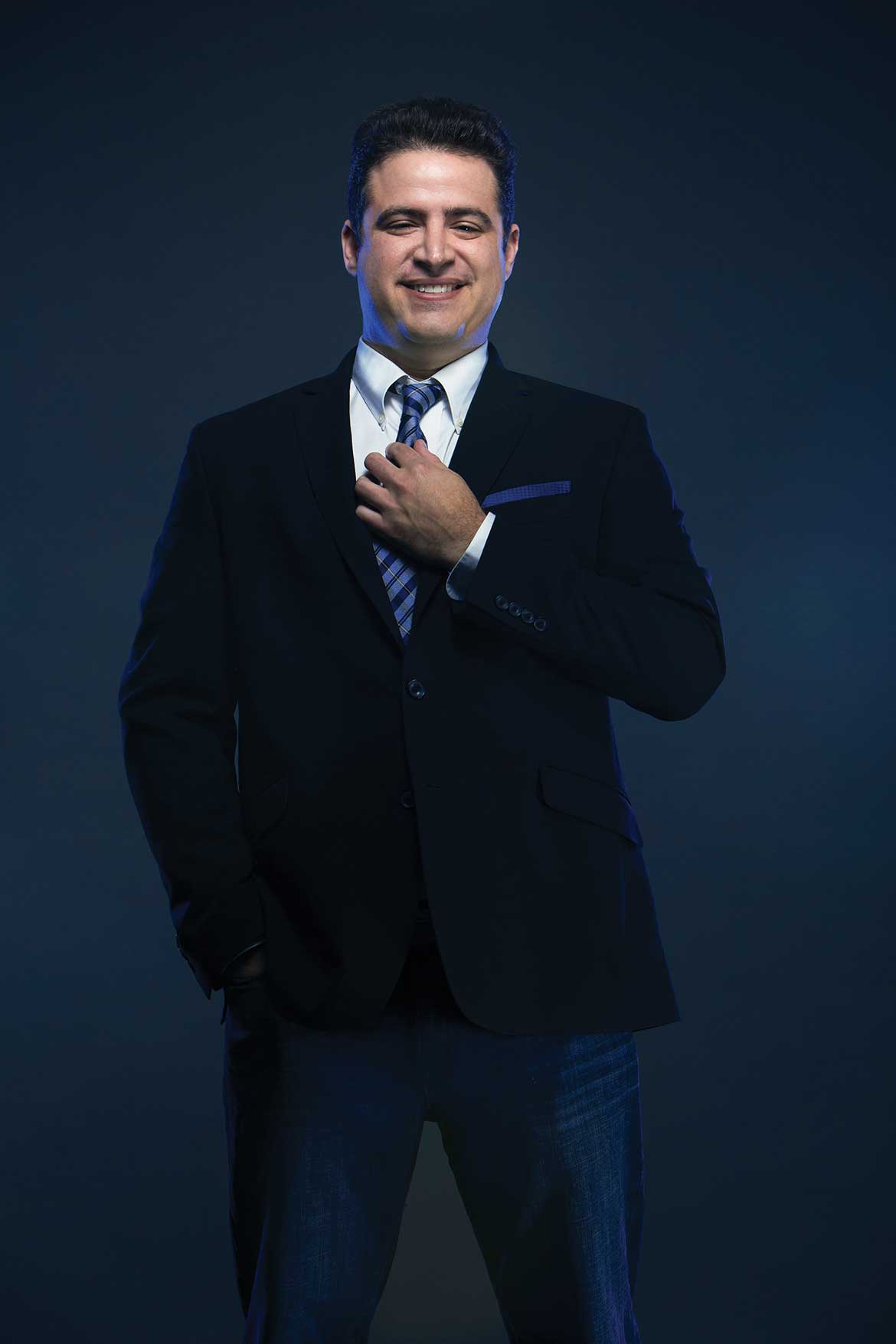 Jason Alan has a new lease on life with the help of physical therapy. (Photo/Nate Jensen)

Jason Alan visited the hospital 17 times — twice by ambulance — over three months in 2016.

It wasn’t a traumatic injury that caused the 32-year-old’s pain, which started in his early 20s. Instead, it was a gradual onset that is all too common in our technologically driven and sedentary society.

“I think you’d be surprised at how many students we see at USC who have moderate to severe lower back pain just because they’re sitting down all the time,” said Kenneth Kim DPT ’11, an instructor of clinical physical therapy. “Over time, the muscles that attach the hips to the lower back become very tight, and the deep trunk muscles become weak. Due to the imbalance, they start having issues at different lumbar sections of the lower back.”

Alan did everything in his power to find a cure, including seeing multiple physical therapists, medical doctors and specialists. He ended up having two microdiscectomies in which doctors shaved off the disc that was pushing on the nerve, but they were only temporary fixes, and the symptoms returned.

Consequently, Alan was scheduled to have a third surgery.

Understandably, when his stepbrother suggested he see his physical therapist, Kim, he was a bit leery.

“He wasn’t even going to give me a shot,” Kim said.

“Dr. Kim said, ‘Give me two weeks; there’s a good chance you won’t need the surgery.’”

Alan agreed to postpone his surgery 45 days. The results were not only life-changing — Alan refers to what transpired as a miracle.

[Dr. Kenneth Kim] is the real deal. He’s like the Mr. Miyagi and Obi-Wan Kenobi of physical therapy.

“Kenny is the real deal,” he said. “He’s like the Mr. Miyagi and Obi-Wan Kenobi of physical therapy. Everyone I’ve recommended him to, he fixes — and fast.”

So what made Kim’s approach unique? In addition to years of experience and confidence in his work, Kim always keeps one goal in mind: to help his patients no matter what it takes.

“That means we may need to go home and study up or ask other physical therapists or professionals who might have a better handle on it,” he said. “It’s important for us to use all the resources we have. No one should be too prideful or embarrassed to ask. A lot of times, that’s not done enough.”

Coming into the Engemann Student Health Center one to two times a week for sessions with Kim, Alan was amazed at the progress he achieved in such a short time.

“With all the little adjustments he made, I felt a 30 percent improvement in the first week,” he said.

Immediate adjustments included custom orthotics to assist Alan’s flat feet and the purchase of an ergonomic office chair. The first order of business was to relax Alan’s overly tight hip muscles, which would then decompress the spine and then focus on a combination of mental and physical exercises. After strengthening his deep abdominal and back muscles, he learned how to activate and control those muscles.

“I needed to make sure Jason knew how to turn them on first and then how to keep them on without using the hip muscles,” Kim said. “A lot of times, we’d do very low-level exercises for the back and abs, and he would feel it in his hamstrings or thighs when that shouldn’t be happening.

“Having him be able to isolate those muscles built their endurance and, over time, flexibility automatically improved. His body learned how to use the muscles it needs to protect his spine.”

“There were lots of exercises Dr. Kim had me do where there was no movement,” he said. “It was simply thinking about certain areas, which caused either the muscles to actuate or ligaments to loosen.”

Now that Alan’s physical therapy treatments are coming to a close, he’s eager to get back to life as he knew it. His injury robbed him of a lot, and he’s ready to make up for lost time.

First on his to-do list is heading to the beach to partake in one of his favorite hobbies, which he wasn’t able to do for more than a year: kite surfing.

“I’m a little nervous only because I don’t want it all to come unglued,” he said. “But as soon as I get the first session under my belt, I know I’ll be fine.”