The United States faces a looming crisis over its deteriorating water infrastructure, and fixing it will be a monumental and expensive task.

In Los Angeles alone, about two thirds of the city’s 7,000 miles of water pipes are more than 60 years old — and nearing the end of their useful lives. 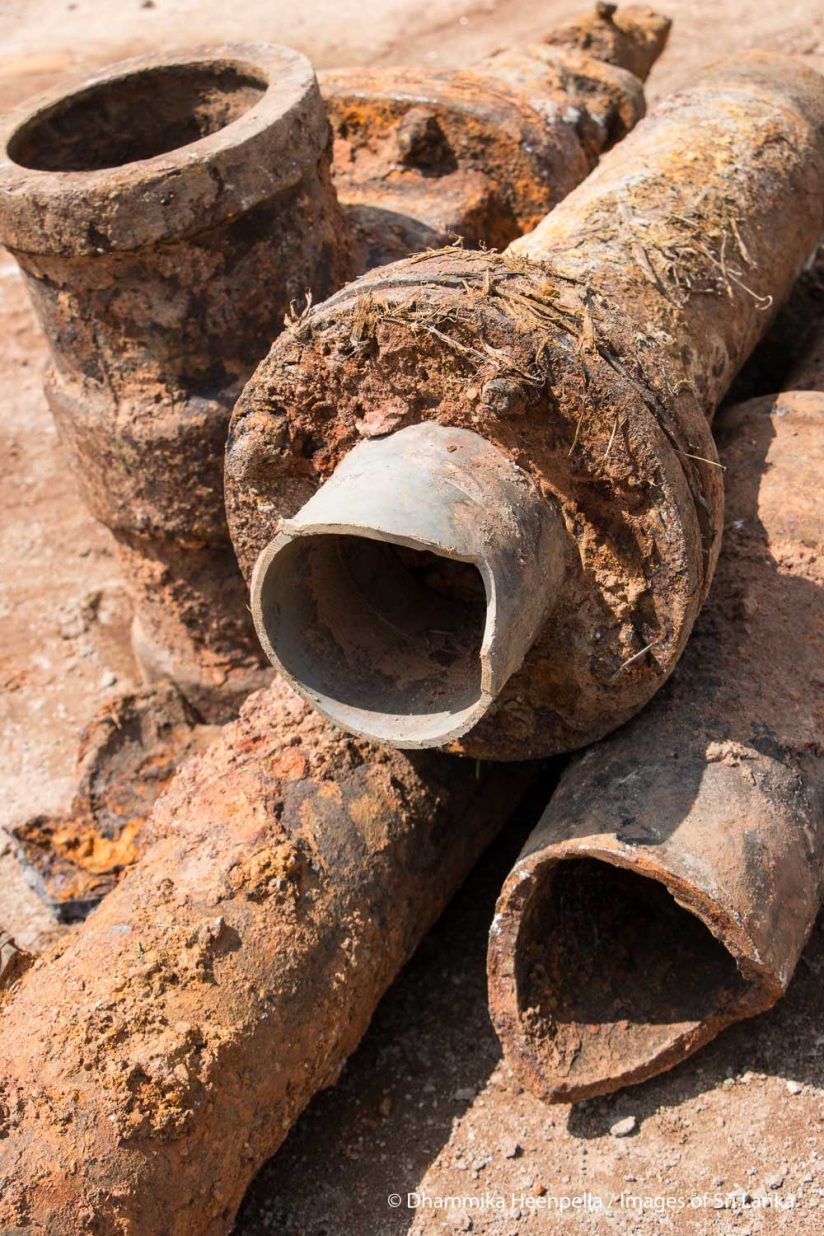 Corrosion is common in aging pipelines, commonly constructed using steel and other metals such as aluminum and cast iron. (Photo/Dhammika Heenpella)

Water main breaks can cause flooding, leading to serious structural damage and soil erosion. Even small leaks can exacerbate water shortages and allow potentially harmful contaminants into our drinking water. But locating a leak within a vast network of underground pipes is almost impossible.

Now, researchers at USC’s Information Sciences Institute are developing an autonomous robot that could quickly and inexpensively detect damage in water pipes — even those buried meters below the ground.

Created by Wei-Min Shen, director of ISI’s Polymorphic Robotics Lab and research associate professor of computer science at the USC Viterbi School of Engineering, the robot is inserted into the water system through existing fire hydrants. The device captures real-time video, using sensors and navigation technology to collect data and log its position as it goes.

Shen has been working with the Los Angeles Department of Water and Power to develop and test the robot, called Pipefish, for the past year.

Support for the project comes from real estate magnate and philanthropist Michael Keston who, with his wife Linda, created ISI’s first endowed directorship position in 2015.

“This could be a game-changer,” Shen said. “Instead of excavating and replacing every pipe, which is a huge expense, PipeFish can narrow in on specific problems to enable repair before serious damage occurs.”

Once the robot is retrieved, the data can be uploaded and analyzed to detect warning signs of defects inside the pipe. Using this system, there is no need to shut off the water supply.

This could be a game-changer.

Shen and his team are currently carrying out “dry tests” in pipes at the LADWP’s Sylmar West Facility in the San Fernando Valley region. In early 2018, they plan to add water to the system and test the device in different pipes of various diameters under the city.

“The ability to perform accurate and efficient condition assessments on buried pipes will tremendously help Los Angeles and other cities with aging infrastructures,” said Ray Hardjadinata, associate engineer with the LADWP Asset Management Group working with Shen and his team.

“We are pleased to partner with research institutions and universities such as the USC Information Sciences Institute to develop robots that can help us work more efficiently.”

“Right now, there is no effective way to visually inspect the inside of a pipe, so you can’t tell which section is bad — it’s guess work,” Shen said. 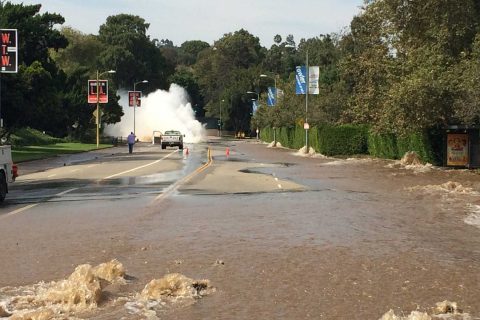 Instead, PipeFish will inspect pipes from the inside, moving passively with the liquid flow. An onboard microcomputer controls lights, sensors and a 360-degree camera that records an interior view of the pipe at a minimum of 30 frames per second (fps).

Ultimately, the team hopes a “school” of PipeFish robots could be programmed to traverse specific paths, to enable early and inexpensive detection and repair, ensuring clean, safe drinking water for homes and businesses across L.A. — and beyond.

“The plan is to eventually send PipeFish through every major water pipe in L.A. to identify risk and help officials prioritize which pipes need to be repaired or replaced first,” Shen said. “Every city in the world needs a PipeFish.”

Learning from how animals adapt to wildfire

Making the future look more like the past, USC landscapers learn to nurture native plants

GREEN WEEK: Some native plants are shady characters; others worship the sun. Some look dead, but they’re just sleeping in the summer heat. It takes a knowledgeable landscaper to sort things out and keep them alive