Much like a startup itself, when the USC Jimmy Iovine and Andre Young Academy started at USC four years ago, it had to be scrappy.

It took a part of a fourth floor in the Ronald Tutor Campus Center in the middle of campus. A couple of classrooms — dubbed “the garage” — served as the hub for its first group of 30 students. It made use of every bit of space, converting conference rooms to classrooms, but the academy outgrew that space as the student body tripled. 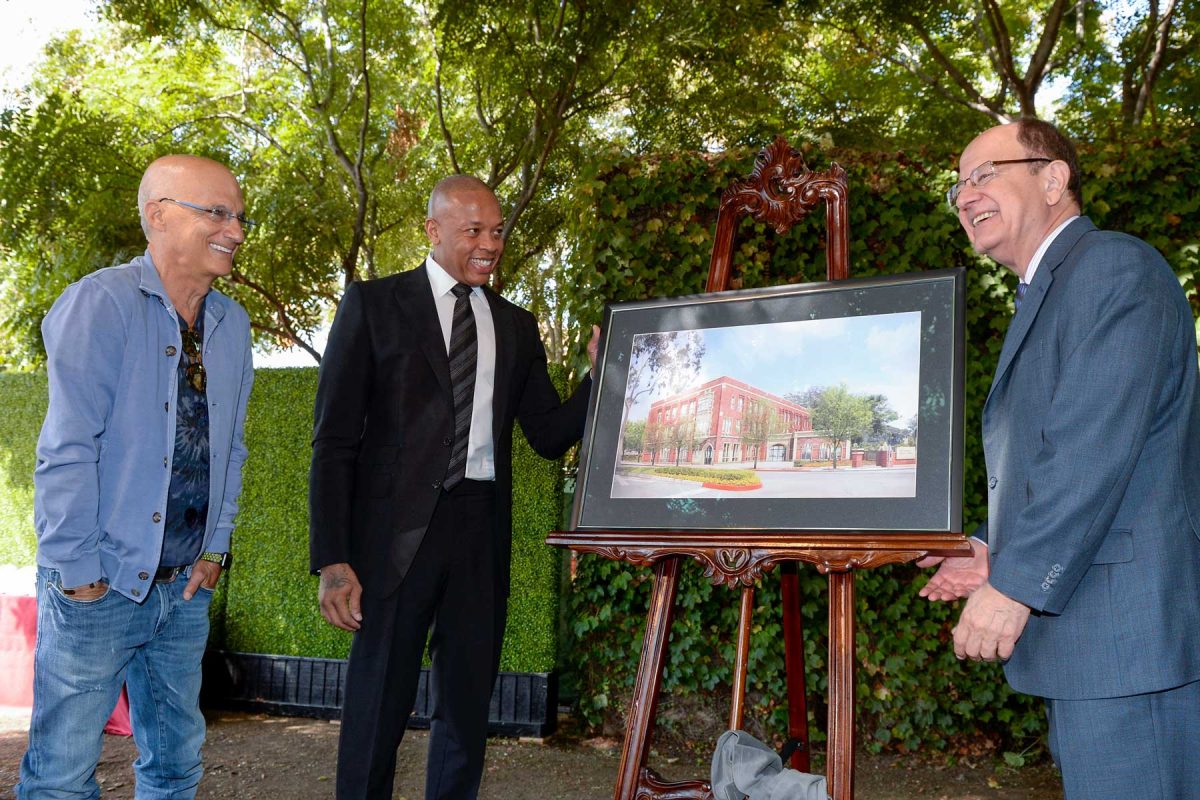 Opening in 2019, the building will become the new hub for the academy’s students, where they can print prototypes on 3-D printers, weld metal or jump into a studio to edit a video.

“It will stoke the fire of students’ imaginations, and it will propel the next generations of inventions and products that will transform our lives,” USC President C. L. Max Nikias said at the groundbreaking ceremony.

Iovine and Young donated $70 million in 2013 to create the academy. The idea came from hiring for their headphones company Beats. They wanted people who didn’t just have a handle on culture, tech or business, but had an approach that spanned multiple disciplines.

The academy combines all three in one cohesive curriculum. Students receive a Bachelor of Science in Arts, Technology and the Business of Innovation. The school also debuted an online Master of Science in Integrated Design, Business and Technnology degree this year.

“I hope at this school we can help our students to dream big, execute and build the courage to stay in the saddle,” Iovine said Wednesday.

The academy is graduating its first class in May and already has produced its first startup. Mira, an augmented reality company, launched its $100 augmented reality headset, dubbed Prism, at Comic-Con this summer. Investors include musician Will.i.am. and Salesforce founder, chairman and CEO Marc Benioff. More startups could debut as the academic year continues, since students’ senior year is focused on building a product or company. 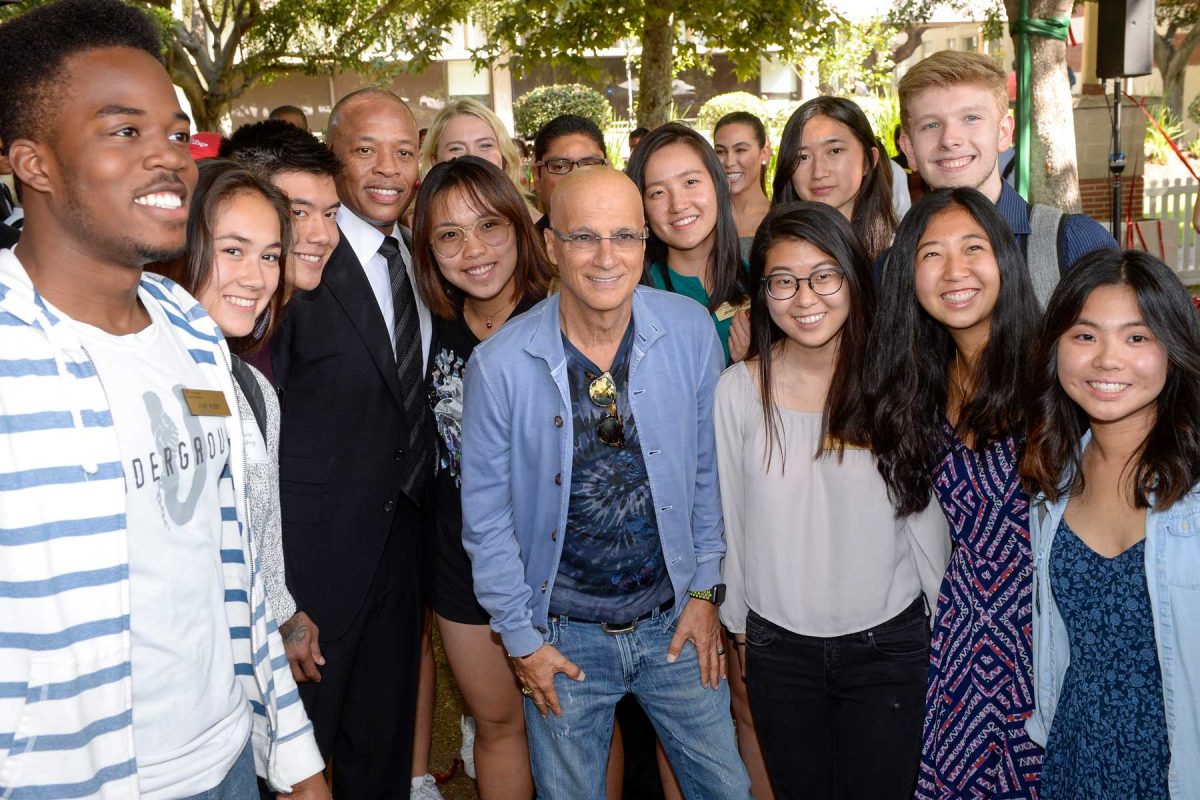 Many of the USC Iovine and Young Academy students got the chance to talk to Iovine after the groundbreaking ceremony, where they posed for a picture and shared project ideas. Thanks to the academy’s intimacy — just 114 students are enrolled — it’s not uncommon for Iovine to stop by to give a talk at the garage, maybe bringing Snapchat founder Evan Spiegel with him.

With their own career website, academy students have nabbed internships at Facebook, Hulu, Sony and Oculus. There’s also an annual pitch competition in which students have the opportunity to win $10,000 to help grow an idea.

Many academy students say the program solved a big problem for them. When applying to colleges, they had to narrow down their choice to a single discipline, which sometimes meant applying as an engineering student at one school and an arts student at another.

And then they discovered the academy.

“The academy was my first choice. And I had no second choice,” said Danielle Boyce, a freshman at the academy.

Prospective students have to submit a portfolio and a video of an idea or business proposal. Freshman Abigail Africa calls it the most intense application process, recalling being flown in to interview with a panel of 10 people.

Even though the new building is more than a year away, graduating seniors will get something out of it, too: It will feature a lab for alumni to come in and work on projects, making the academy a lifelong incubator.

More stories about: Campaign for USC, Iovine and Young Academy

Can Jimmy Iovine and Dr. Dre save the music industry?

The USC Iovine and Young Academy aims to create a new generation of creative executives equally at home in the worlds of tech and culture.

To all of today’s graduates, I can’t imagine what’s going through your minds right now. I never had the opportunity to go to a great university like this.

Their firm, Mira, is the first startup to come out of USC’s revolutionary Jimmy Iovine and Andre Young Academy.