On a recent Friday, roughly 100 African-American seniors packed into a room at the Foundation Center in South Los Angeles.

As the music queued and Rose Monteiro came to the stage, people sipped their coffee and had their notepads and pens ready.

Monteiro sat on a high stool at the end of a high-top table, with coffee mugs and a potted flower in front of her. It looked more like the set of The View than an academic lecture — and that’s the point.

Monteiro, a lifelong social worker, was “hosting,” along with “guests” Karen Lincoln, an associate professor with the USC Suzanne Dworak-Peck School of Social Work, and Michael Harrington, director of neurosciences at the Huntington Medical Research Institute. 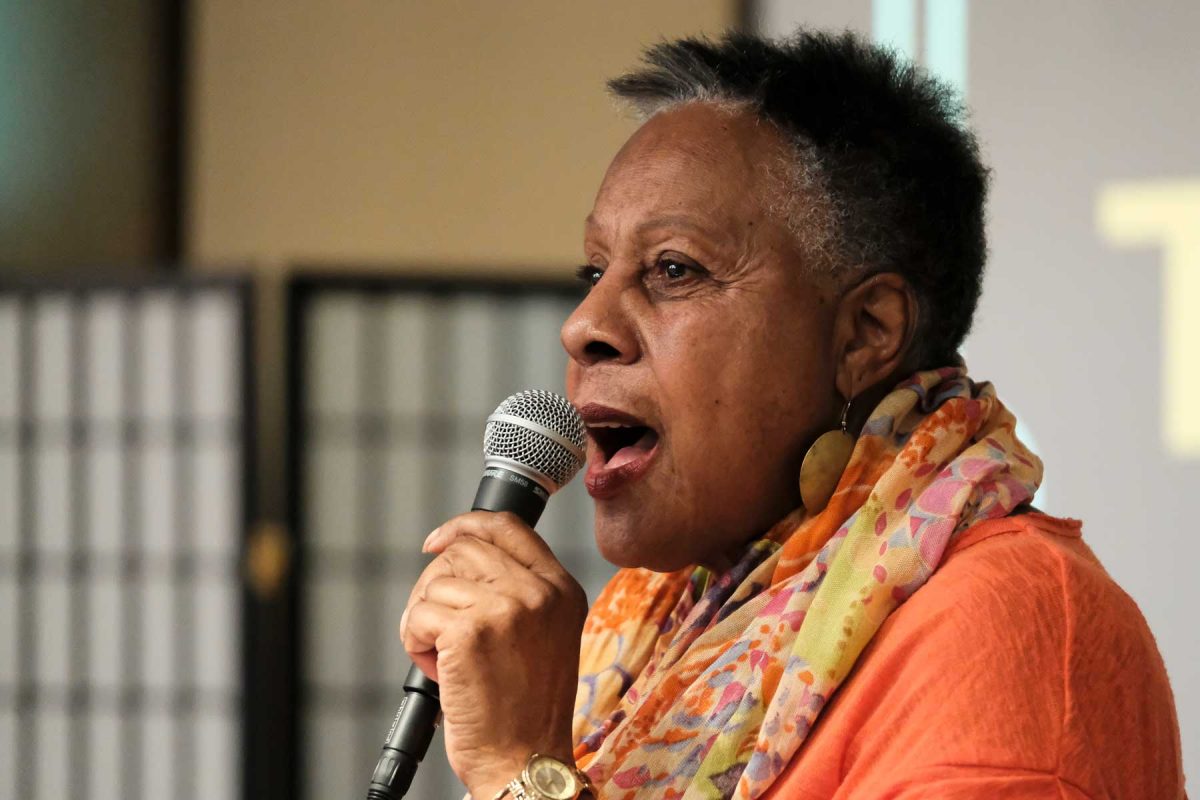 African-Americans have the highest rate of Alzheimer’s and dementia, Lincoln told the group to audible gasps, outpacing whites by two to three times. “We have the highest burden,” she said.

The “talk show” is part of a USC study on how to reach African-American seniors and better educate them on the brain disease. The study also encourages seniors to take part in clinical trials, in which African-Americans are woefully underrepresented.

“Most of what we know about the disease … is based on people who don’t look like us,” Lincoln said.

Prior to the talk show component, the seniors took a survey in which researchers gauged how much they knew about Alzheimer’s and dementia, along with available resources.

It’s so creative because people watch TV and they watch the talk shows.

The talk show and texting campaign are two innovative approaches she finds are already getting attention from academics.

“We need to find a format people will engage with,” Lincoln said about the talk show idea.

Monteiro, who used humor to make a topic more palatable, said she thinks it’s a great approach to reaching folks.

“I think it’s so creative because people watch TV and they watch the talk shows,” she said. “Humor is seen as a powerful connector.”

As Lincoln and Harrington shared tips and tricks on staving off the disease, Monteiro would drop in an anecdote, like the time she lost a shoe. 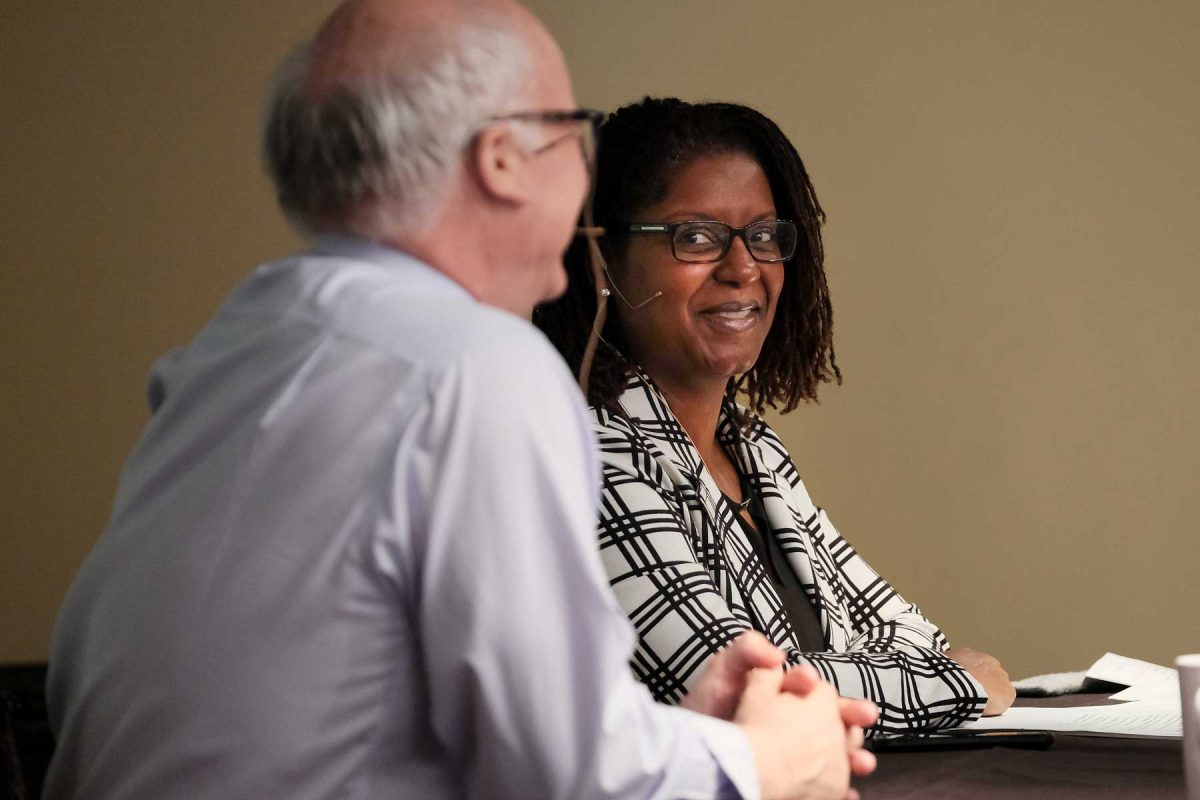 “I had put my shoe in the refrigerator,” she said. “That’s not Alzheimer’s; that’s menopause.”

African-Americans have several factors that could lead to high risk. For one, they’re less likely to get diagnosed and when they do get diagnosed, it tends to be later on in the progression of the disease. Common health issues such as hypertension, high blood pressure, high blood lipids and high blood sugar can also become risk factors for Alzheimer’s and dementia.

‘Diabetes of the brain’

Just taking care of your overall health, such as a thyroid problem, can help stave off the onset of the disease, said Harrington, a USC adjunct neurology professor.

“I call Alzheimer’s ‘diabetes of the brain,’ ” Lincoln said to the group.

Looking holistically, though, age is the biggest risk factor, the panelists said.

“We don’t have any treatment that will that slow the progression of this disease, so prevention is everything,” Harrington said.

And as with Monteiro’s shoe story, it’s important to tell the difference between natural memory loss that comes with age or symptoms of a larger impairment, such as dementia.

“Dementia means losing your mind,” Harrington said. “It’s not just memory. You’ve got to lose either language, decision-making or orientation — [for example] not getting lost.”

It’s not as simple as misplacing things, he said.

Taking preventive steps is also big since in the African-American community, the family tends to be the caregiver.

Education, like learning something new or taking a class, can help put off dementia and Alzheimer’s. The same goes for exercise, either physical or cognitive.

The study, which wraps in the winter, will culminate with a final survey, which will check in whether the group’s knowledge has increased and if these different outreach efforts were fruitful.

Learn more about the pilot project from the Advocates for African American Elders in this video: