When Kayla Soren tries to pinpoint when the environment became a big deal to her, she thinks back to growing up in Kentucky.

Her family would often pile in the car and make the three-hour trek from their house in Louisville to the Appalachian Mountains for some hiking.

But over the years, she could spot bulldozers stripping the mountaintops of resources, making way for coal mining.

“Each time we would go [hiking], it got harder and harder to find the trails we wanted to go on,” said Soren, a USC sophomore. “It would lack in beauty and wasn’t the same. Now the places we used to go, you can’t hike anymore.”

In high school, Soren got involved with an organization called the Kentucky Student Environmental Coalition, which connected environmentally conscious students at her campus with others around the state — mobilizing campaigns that involved concerns such as increasing awareness about the jobs available in alternative and renewable energies.

That led her to opportunities with the U.S. State Department, including trips to Panama to map climate change effects and to the East Coast to study social entrepreneurship.

All this led to where she is now — at USC as a student who also manages an international organization.

ISEC, the International Student Environmental Coalition, was modeled after the Kentucky coalition, except on a much larger scale. ISEC was born out of a conference Soren put together last year, with other young people she met through the State Department programs.

“I had this idea to start an international organization but didn’t really know what to do,” she said. “I spent all my senior year — instead of working on college applications more or hanging out with friends — I worked trying to get money for this conference.” 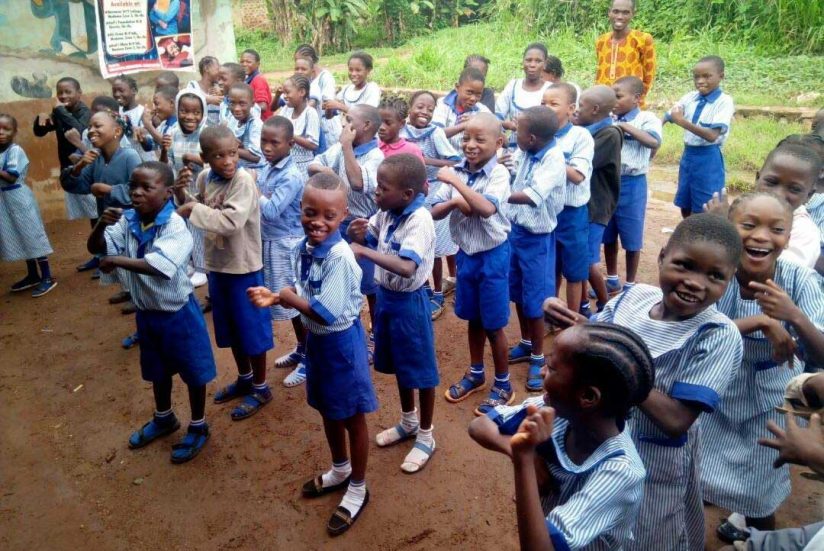 ISEC has active chapters around the world working on projects like Plant for the Planet, an educational campaign in Nigeria that’s mobilized 6,000 students and included the planting of nearly 1,000 trees. (Photo/Courtesy of Kayla Soren)

Just weeks before the conference, she secured a competitive grant from the State Department and they quickly got 20 people from six countries together in Germany. The idea was for college students to share project ideas, with the organization acting as a sounding board. The founding principles of the conference laid the path for the organization, which now has leaders from 30 countries around the world. ISEC doesn’t advise or tell representatives what to do but rather share ideas, provide support, gauge their success and see if they can be replicated.

To Soren, it’s exciting to see the unexpected enthusiasm from developing nations. For example, Pakistan’s ISEC chapter has more than 300 members at 15 universities. They’ve already shown progress, debuting urban herb gardens and planting 25,000 trees in the capital city of Karachi. In Nigeria, the national director came up with Plant for the Planet, an educational campaign that’s mobilized 6,000 students and included the planting of nearly 1,000 trees.

Sunday is her favorite day of the week, even though it means waking up at 6:30 a.m. That’s when she hops on Skype and talks to environmental activists around the world, hearing what they’re up to and sharing ideas. 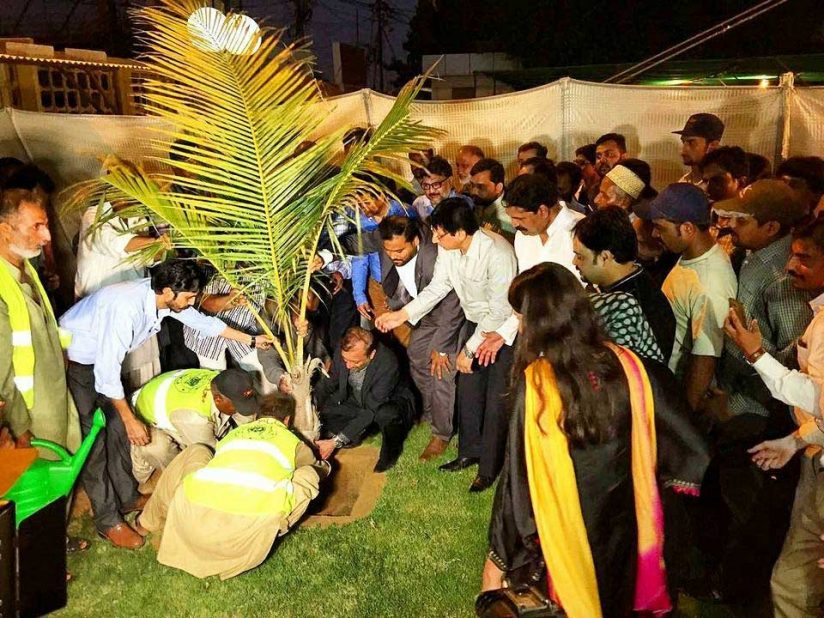 Pakistan’s ISEC chapter brings together students from more than 15 universities to work on climate change initiatives. (Photo/Courtesy of Kayla Soren)

“The calls are just really inspiring,” she said.

At the top of her mind is the Indo-Pak Climate Peace Action Conference, a six-day event ISEC is organizing for Indian and Pakistani environmentalists to come together and collaborate — something the organization thinks could be revolutionary considering long-held tensions between the neighboring nations. It’ll be held in June in Pakistan.

Soren, who is studying environmental studies and international relations at the USC Dornsife College of Letters, Arts and Sciences, tries to weave ISEC into her studies. She’s hoping to do a semester in Washington, D.C., so that she can take advantage of ISEC’s privileges at the United Nations. She also wants to pursue social entrepreneurship — perhaps through USC’s Brittingham Lab — and study abroad in South America and work with NGOs there.

The idea of the organization has always been rooted in the power of youth and so she plans to eventually pass on the reigns of ISEC when she graduates. As for what the future brings, she tries to remain open-minded.

“Like ISEC’s mission, I try to live an adaptable life without too much long-term planning. I find this is how the most ambitious and impactful projects come to fruition,” she said. “Having an idea and running with it – that’s what I see in my future.”

And the environment will likely play a big part in whatever she does.

“It is the only global problem that affects every single individual,” she said. “Without the environment, nothing else matters.”