It’s not easy for undocumented students to get a master’s degree, especially at a leading university like USC.

The first step — an internship with the Coalition for Humane Immigrant Rights of Los Angeles (CHIRLA) — was taken after Klingenfuss earned a bachelor’s degree at California State University, Los Angeles.

She eventually entered the USC Price School of Public Policy’s Master of Nonprofit Leadership and Management program knowing what she wanted to get out of it.

As an undocumented immigrant in the United States under Deferred Action for Childhood Arrivals — the 2012 presidential executive order that gives her temporary deportation relief, a work permit, social security number and state identification for having entered the U.S. before age 16 — Klingenfuss realized she could accomplish her life’s calling to support others like her. But to do that, she needed more education in how to lead a nonprofit.

“I felt that, to change the issues I care about, not only does policy need to change, but there has to be work done at the nonprofit level to fill in gaps where the government and educational system in California are failing undocumented students,” Klingenfuss said. “Even though CHIRLA was doing great work, I saw areas where they were getting stuck. I wanted to go back to school and become someone who could contribute to helping with that and advancing all the wonderful work they are doing with the immigrant community.”

From Guatemala to L.A. 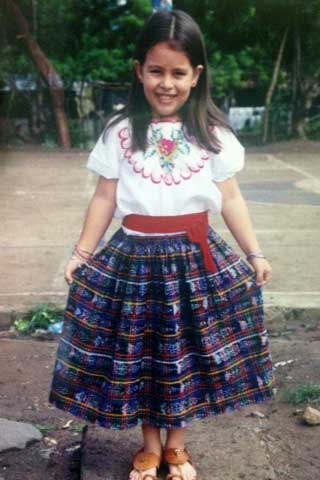 Klingenfuss’ mother, a citizen of El Salvador, was able to obtain Temporary Protected Status from the United States to legally enter the country.

When Klingenfuss was 9, her mother brought her to the U.S. on a tourist visa. When the visa expired after six months, she remained with her mother in Los Angeles.

Klingenfuss didn’t realize she was undocumented until she was 17, when it came time to apply for colleges. She graduated from Fairfax High with honors and could have earned admission into many top schools, but options were limited by her status and inability to secure scholarships or financial aid.

Klingenfuss didn’t qualify for school loans at USC because of her status, which was also the reason she couldn’t build credit to get a loan through an outside agency.

Fortunately, her mother, who had managed to complete a GED through adult school and get an associate’s degree from Los Angeles City College to become an administrator at a charter school, had excellent credit to back her loans. With the Dream Act operational, Klingenfuss was able to receive scholarships from agencies that allow undocumented students to apply.

She also worked full time in public relations for the Transamerica Center for Health Studies, served as a research assistant and worked weekend jobs, all while completing the rigorous MNLM program.

Throughout her time at USC Price, Klingenfuss thought about how she could apply what she learned at the Coalition for Humane Immigrant Rights, and now she’ll get the chance.

Less than two weeks after completing her master’s degree, Klingenfuss got what she calls her dream job as statewide youth organizer for the California Dream Network run by the coalition. 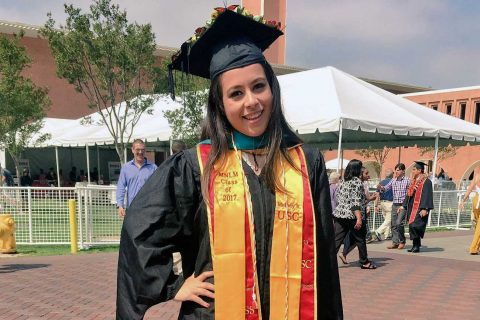 She credits the MNLM degree capstone course — in which the cohort created a growth plan for a real-life organization — as a key to landing the position.

When the coalition asked her to create and present a plan for its future, she took the structure straight from what she learned in the capstone course taught by Associate Professor Nicole Esparza, the field coordinator for nonprofits and philanthropy programs at USC Price.

“They were like, ‘Wow, you really thought of everything,’” recalled Klingenfuss about the job interview. “I think it was a deal sealer for them.”

Klingenfuss, the youngest student in her cohort, made a strong impression on fellow students and teachers.

“Melody is just amazing,” Esparza said. “She has been fighting for undocumented students for years, before it became a popular issue in response to the problems that came with the current administration. Her passion to get up and go every day for that cause is inspiring. She absolutely represents everything the Price School wants to do.”

USC Annenberg grad lends her expertise to digital platform on race, culture and identity in the U.S.

Undocumented student at USC brings hope to others just like her