President Donald Trump will mark his 100th day in office — traditionally a benchmark for the new chief executive — on April 29. USC experts explain the challenges he faces and the ups and downs of his first days in the White House. 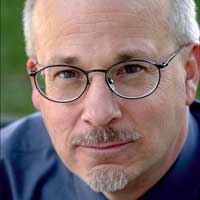 “The Supreme Court has long recognized the president’s constitutional and statutory authority to impose nationality-based restrictions on the admission to the United States of non-citizens, and there is a possibility that the Supreme Court will view the travel ban, or some portions of the travel ban, differently from the lower courts. The major distinguishing feature of the current travel ban relative to past restrictions is the Muslim religious animus that has been expressed by President Trump and his advisors during the presidential campaign and after his inauguration. But it remains to be seen if the Supreme Court will be persuaded that evidence of religious animus will be sufficient for the Supreme Court to revisit its past decisions upholding broad presidential authority over immigration matters.

“The litigation and political protests triggered by the travel ban have overshadowed President Trump’s other major immigration executive orders dealing with interior and border enforcement, many provisions of which are now in the process of being implemented, including expanded hiring of ICE officers and immigration judges and acquisition of significant new immigrant detention capacity. While the president has clear authority to enforce existing immigration laws and, if Congress provides additional funding, to significantly increase immigration enforcement, it remains to be seen precisely how the president will exercise these powers and whether there will be legal and constitutional reasons for challenging any new enforcement actions.” 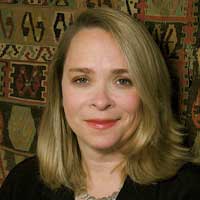 “President Trump is the first president ever to call for the elimination of the [National Endowment for the Arts], bundling it in there with the [National Endowment for the Humanities] and Corporation for Public Broadcasting, which affects NPR. Usually, senators are the ones to protest the spending of federal funds on the arts. Congressional criticism has been going on practically since the beginning of the NEA in 1965 (the first expression of skepticism occurring in 1968 over fellowships for individual artists).

“So, in a sense, the NEA has woven into its DNA a tension: Should the government support the arts, or not? It’s proven to be a healthy tension.

“In this country, artists and writers have a First Amendment right to express a point of view. Cutting the funds that support them is a threat to that freedom.” 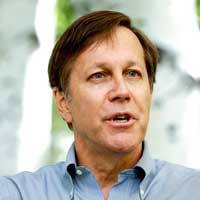 “The NEA has carefully built this bipartisan consensus in Congress during the past 15 years by supporting arts projects of the highest quality, creating arts education programs for the nation’s schools and providing funding for every state and Congressional district in America with special attention to underserved communities. Congress understands and appreciates the value of these programs.

“The left and the right love to squabble in public about the NEA, reliving the controversies of the previous century. It is a dark and destructive sort of political nostalgia. These arguments have almost nothing to do with the NEA as it currently exists and serves the nation. Congress understands the agency’s good work as do the vast majority of Americans. Public support of the arts and arts education is not a divisive issue. It is simply civic common sense.”

After the election, public opinion moderates 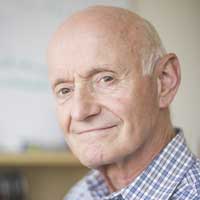 “Since the election, opinions have moved only moderately. The lack of movement reflects a sharp divide in the news sources people use to form their opinions and even more striking in the news sources they trust. Thus, in many ways different groups in the country have a very different take on what is true and have a different appreciation of what matters.”

ARIE KAPTEYN
Executive director of the Center for Economic and Social Research at the USC Dornsife College of Letters, Arts and Science

Prologue to an ‘unpredictable’ presidency 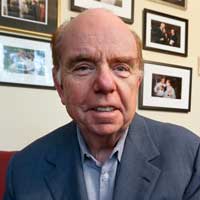 “This has been the most unconventional first 100 days of any presidency in modern history. His shortfalls have actually been politically fortunate. For example, President Trump apparently doesn’t know how blessed he was by his most conspicuous failure to date: health care. The Trump-Ryan proposal encountered fierce opposition, would have hurt many who voted for him, and increased public approval of Obamacare. The president also signed a now-stalled travel ban and executive orders rolling back regulations on matters ranging from the environment to reproductive rights, to worker and consumer protections. However, the current legislative stalemate blocking his major initiatives may ease the fears of those who foresaw more sweeping, unwelcome change. In a few days, he will face his next test: keeping the government open by raising the debt ceiling.

“Crises overseas recently moved to the fore. The candidate who proclaimed ‘America First’ suddenly has become the president who fires missiles at a Syrian airfield and confronts a nuclear North Korea while he shifts on NATO, China and Russia. Is there a coherent strategy? None has been enunciated. President Trump says he would prefer to keep hypothetical foes guessing, raising apprehension.

“Finally, one shadow hangs over Trump’s first 100 Days and probably the first year of this presidency: the investigation of Russian interference in the election and possible Trump campaign ties to it.

“I haven’t even mentioned the tweets, the feud with the press or infighting within the White House. The past three months seem a prologue to an unpredictable four years. To paraphrase Bette Davis in All About Eve: ‘Fasten your seatbelts; it’s going to be a bumpy ride.’”

International relations faculty map out a possible shape for U.S. relations with Asia, the Middle East, Latin America and Russia under the new president.

The 100-day mark: USC experts look at the start of the Trump presidency