The simplest explanation why so many more white Americans are dying in middle age could be unemployment or declining incomes, but the experts who identified this trend in a 2015 study suspect that these rising “deaths of despair” from drug overdose, alcohol-related liver disease and suicide reflect social upheaval.

As the death rates of middle-aged whites have increased in recent decades, Americans appear less and less tethered to traditional values — both family and religious — that influence well-being and security, according to Nobel laureate and USC Presidential Professor Sir Angus Deaton and his colleague Anne Case, an economics and international affairs professor at Princeton University.

Deaton and Case shared their hypotheses about the factors increasing the death rate of middle-aged white women and men at a talk held at USC’s Town and Gown.

It was the first talk that Deaton has given at USC since he became a Presidential Professor this month.

A stunning reversal in life expectancy

Case and Deaton had pointed out the stunning and significant reversal in life expectancy in a study published in December 2015 in the journal Proceedings of the National Academy of Sciences.

Federal statistics show that from 1978 to 1998, the mortality rates for U.S. whites aged 45 to 54 declined at a rate of 2 percent per year — signaling a presumed improvement in their health and matching trends in mortality in Europe. But after 1998, the death rates for middle-aged white Americans began to rise on average by 0.5 percent per year, Case and Deaton found upon closer examination.

The death rate was driven by an increase in suicides and drug overdoses and alcohol-related liver disease, they said. These increases drove up all-cause mortality for white, 45- to 54-year olds from a low of about 375 deaths per 100,000 people in 2000, to 415 to 425 deaths per 100,000. The death rates were highest among those who had a high school degree or less.

“However, if we were thinking what do we want to do about this problem, giving someone more income is not going to be able to turn back the clock on this,” Case said.

Case and Deaton said people who have no college degree are at a “cumulative disadvantage” in society. The labor market is only one challenge they face. The middle-aged whites without degrees also have reported feeling worse health-wise than other age groups. More middle-aged whites report chronic pain, mental distress and difficulty with daily living. They seem to be doing worse than the very old and the very young, reporting more back-related pain.

Pain is a risk factor for suicide. 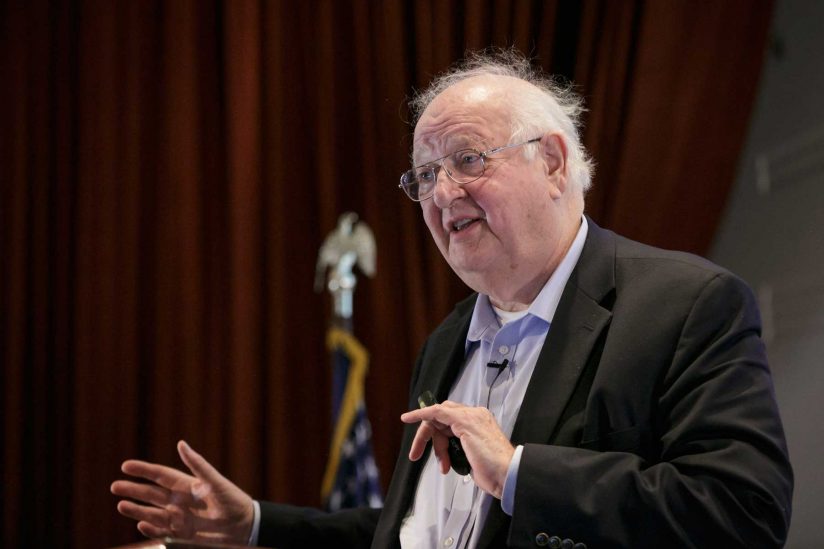 Deaton said a combination of issues are affecting the health and life expectancy of the middle-aged working class.

There is “generalized social dysfunction in which people are not in the labor force and they are not getting married,” Deaton said. “There is a long-term process of decline for those without a B.A. There has been a steady deterioration of job opportunities.

“Cohabitation in the U.S. is much different than in Europe. In the U.S., people stay together three or five years and then they split up,” Deaton said. “In Europe, they tend to stay together.”

More women are bearing children out of wedlock, he said. After separation or divorce, the children may become disconnected from their fathers. The story of their lives can get worse from there.

It’s not hard to see the changing social mores influencing this trend.

“It’s not hard to see the changing social mores influencing this trend,” Deaton said. “This is now normal and it seems not to really work for people. The longer one lives in this environment, the worse it gets with age. …You’re in your 50s, you lose your job, you don’t know your kids anymore. This whole structure of life has come apart.”

“This is the slow collapse of the white working class,” he said.

Case and Deaton said the rise in addiction to opioid-based painkillers has certainly contributed to the increased morbidity and mortality rates. The widespread addiction is one issue that could be addressed through policy, they said, but many other potential solutions — increasing earnings and jobs, or income redistribution, would take many years to reverse the worsening of health and increasing mortality rate.

USC engineer looks at drugs that advance from bench to bedside

Paul Bogdan examines pharmaceuticals as if they were people who interact in a social network.

A new study will follow patients who receive palliative care at home and in clinics.

The daily regimen by older patients shows multiple health benefits and a reduction in health care spending, according to researchers.

11 answers to questions about liver cancer

Liver cancer, one of the more preventable diseases, rises for non-Asians living in Los Angeles County.

Social upheaval in America: Why so many working-class whites are dying in midlife