Tax day falls on April 18. That’s because April 15, the usual filing day, comes on Saturday and Emancipation Day, celebrated like a federal holiday in the District of Columbia, falls on Sunday.

In other words, it’s a big break for the procrastinators sitting near you.

USC researchers explore a number of tax issues, including reform, the reach of tax collectors, scam risks and last-minute filing. 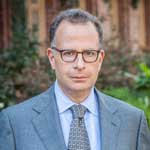 “Like April flowers, talk of tax reform is blooming everywhere. The difficulty, though, is that when politicians these days say ‘tax reform,’ what they’re really suggesting, and what people hear, is ‘tax cuts.’ That’s a big problem because the truth is that the U.S. is already following a path of collecting inadequate tax revenues to fund the government we have, much less the one we need — and cutting out small programs like Meals on Wheels won’t change that.” 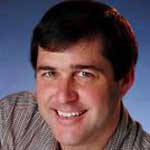 “Tax season is a busy time for scammers trying to steal your personal information, or even worse, your tax refund. Leading up to tax day, scammers try to obtain social security numbers and other information which they can use to file your tax return ‘for you’ and redirect the refund to an address or bank account of their choosing. Of particular concern this year have been emails sent to the accounting departments of small [or not so small businesses] appearing to originate from the CEO or other officers and requesting the W2 information on all employees.

“For consumers, scammers often rely on anxiety of being contacted by the IRS or your tax preparation company around the time you file or shortly thereafter. The best advice here is not to click on links in emails you receive, especially if they appear to come from the IRS, which never initiates communication by phone or email, or from your tax preparer. 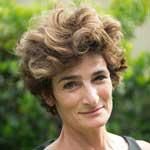 What a difference three days can make

“The April 18 filing deadline gives taxpayers a little breathing room. But procrastinators may simply put things off an extra 72 hours. Our research has shown that unless a deadline feels imminent, people won’t get things like taxes done. To motivate yourself, count the hours — not the days — until taxes are due.”

DAPHNA OYSERMAN
Dean’s Professor of Psychology and co-director of the Center for Mind and Society at the USC Dornsife College of Letters, Arts and Sciences 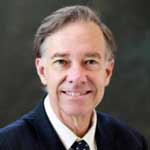 When are businesses taxable? The Supreme Court may decide

“Over the last couple of years, revenue-starved state governments have become increasingly aggressive in defining ‘nexus,’ or the minimum connection that a business must have to a state before it pays income taxes or has to collect sales taxes from its customers. Perhaps the most contentious is South Dakota’s and Alabama’s assertions that if a company simply makes enough sales into a state, it has to collect sales taxes. Companies subject to these taxes will likely go to the U.S. Supreme Court to see if this is legal, leaving other states and businesses anxiously waiting.” 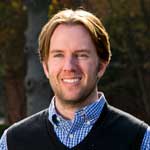 Taxes and spending: looking down the road

“The average person pays several thousand dollars in federal income taxes and thousands more in state and local taxes every year. Americans are also on the hook for a national debt that approaches $20 trillion plus trillions more in unfunded pension and entitlement liabilities. As we approach April 18, taxpayers should not only focus on what they owe their government, but reflect on how poorly those funds have been managed — and what that ultimately means for what they’ll owe their government in the future.”

Edward Kleinbard breaks down the potentially billion-dollar implications of the European Commission’s ruling against the computer company.

Tax incentives handed to filmmakers offer minimal return in terms of job or wage growth yet some states opt to outbid each other for films.

USC economics professor offers advice on how undergraduates (or anyone) can be fiscally savvy.

What you need to know as tax day looms