What does the future hold for students at the USC School of Architecture?

At USC Architecture Generation NEXT, 19 alums compressed their observations, advice and slides of their work into five-minute talks presented one after another.

The collection of fast-paced presentations is called a PechaKucha. Although the school has previously done this type of event for faculty and students, this was the first alumni version and the Harris Hall auditorium filled with architecture students loved it.

The juried event was a celebration of the broad range of independent design work and alternative forms of design practice being done by recent alums, said Associate Professor Alvin Huang, who organized the event. “We wanted to show the impact of independent design thinking and showcase those who were expanding into adjacent design territories.”

Katie Rispoli Keaotamai ’15, who started the nonprofit We Are the Next, went first, explaining that her group seeks to build relationships between people and buildings. She described her heritage conservation efforts, including the successful effort to save the world’s first Taco Bell.

“Somebody made history in this place and I have the opportunity to do it, too,” she said.

Brett Woods ’06 of Woods+Dangaran also told students that his seven-person office is hiring. He told them that, unlike at school, most of their time on the job will be doing tasks other than design.

“Design is about 5 percent of your time,” he said.

For example, going to city council and planning and zoning meetings can be a regular part of an architect’s job, Andrew Crane ’06 said. The alumnus, part of AERO COLLECTIVE, a multifaceted design collective that works on everything from restaurants to affordable housing to retail structures and art galleries, talked about a housing project in Inglewood that involved serious city council time.

Some alums used the opportunity to pass along hard-earned wisdom from their time in the field.

David Balian ’05 of Balian Architects advised students not to take any opportunity for granted, no matter how small.

“Do the bathroom addition,” he said. Once on a project, “do the best job you possibly can.” Don’t leave final checks to others, he cautioned. “Check and triple check plans.”

Jon Kleinhample ’08 reinvented his architecture degree into furniture design. His company, Klein Agency, creates handsome, unfussy chairs and tables — “digital wood,” he called them. He and partner Masa Kleinhample believe in small, agile businesses and have written a book about them, microfactories: move aside, mr. ford. 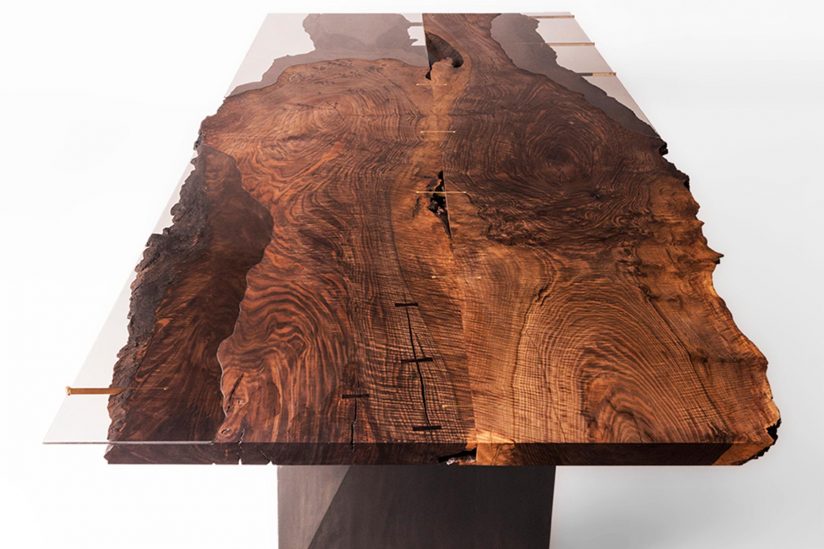 Furniture design is also the provenance of Taylor Donsker ’10, founder of Taylor Donsker Design, where California Modern pieces are handcrafted, many made from Claro walnut, a hardwood variety found only in the Golden State. One advantage of designing furniture, he told the audience, is that you can move from a dream to a finished project in a few months.

Intriguing new fabrication methods and material exploration were described by Dylan Wood and Joseph Sarafian, both from the Class of 2011. Sarafian’s Form Found Design studio uses industrial robots to cast concrete, sometimes using fabric as free-form molds, creating new building systems and furniture. Wood, currently a doctoral candidate at the University of Stuttgart, focuses on smart shape-changing materials that can be used in construction and manufacturing.

Another unique designer is Behnaz Farahi M.Arch ’13. Her fashion objects are examples of interaction design, or IxD, which refers to products or environments that move and are responsive. Her slides included wearable technology that was both futuristic and beautiful.

“You can expand beyond architecture,” she told the students.

Alex Sheft ’14 has expanded into graphic design and illustration. His company, No Greater Good, publishes a zine of the same name that started as a yearbook of what his architectural friends were doing. A Kickstarter campaign reached its goal in three days, and the resulting publication exposes readers to people they never would see otherwise, he said.

Lillian Lin ’14 also has expanded into graphic design and illustration with her online project, The Chef Charette. She works as an architect by day, but has garnered an online following for her beautifully photographed and rendered recipes.

“I struggled with Google Translate” when trying recipes in other languages, she said, so she began The Chef Charette to make recipes universally understood. When she writes a recipe, she also draws constructive diagrams on AutoCAD and Illustrator, the way she would draw diagrams for a building. 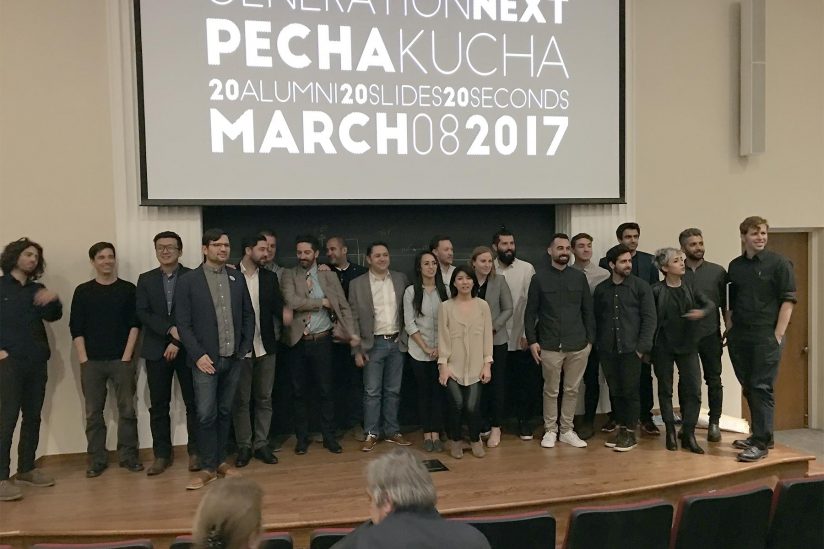 The alumni presenters gather on stage after the PechaKucha. (USC Photo/Allison Engel)

Architecture studio students show their painstaking apparel made with soap, pills, hair ties and much more.