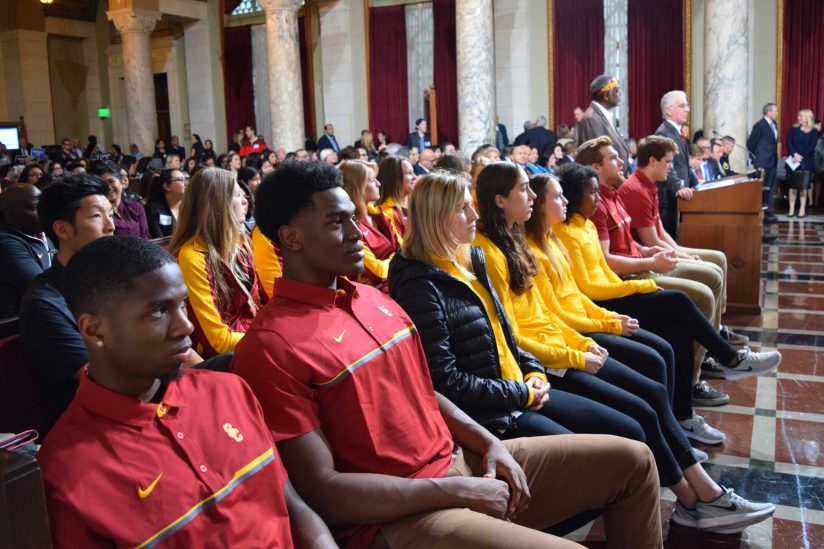 Trojans now hold the women’s record win streak after a 15-2 win over Indiana.

The championship — the second in program history — is USC’s 126th national title.

Fans can take photos with the trophy at bookstore locations this week.