First-generation students from across California gathered at USC to talk about higher education.

“Take advantage of high-impact practices made available to you,” said George Sanchez, director of the USC Center for Diversity and Democracy, at the university’s second summit for first-generation students Feb. 3.

“Do hands-on work in the surrounding communities to allow you to have experiential learning thought civic engagement,” said Sanchez, who noted the work of the Joint Educational Project (JEP), a service-learning program at the USC Dornsife College of Letters, Arts, and Sciences.

USC Provost Michael Quick, the first in his family to attend college, has focused on first-generation families.

“Students who are the first in their families to attend college have all the skills to be successful students — before they even get here,” Quick said. “They are driven, resilient and eager to learn. They are exactly the type of students who succeed in higher education.” 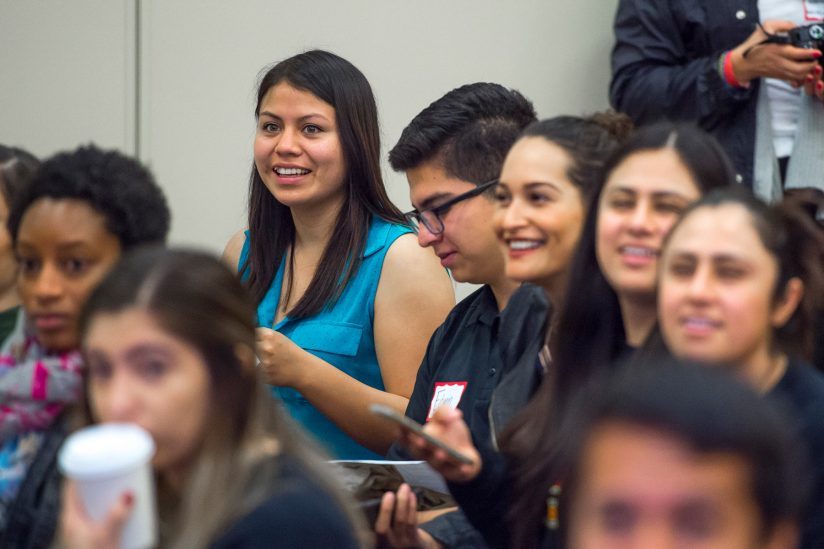 USC sophomore Alejandra Franco said the summit was an extension of the outreach she does on her own in the Coachella Valley.

“I go back to my high school sometimes on weekends or breaks and talk to students about college,” Franco said. “A lot of their parents do manual agricultural labor, and the kids think the only way to get through is to start working right after high school.”

Franco said young people should be encouraged to attend college.

“I know about the admission process, financial aid resources and opportunities. It would be selfish of me not to share it.”

“Here at USC, I’m seeing there are so many other ways to impact my community,” she said. “I just know for sure I want to go back to my community and help out people any way I can, legally or educationally.”

What about students with full-time jobs?

Edwin Saucedo, president of the USC Undergraduate Student Government, received a student leadership award at the summit. Saucedo has advocated for resources, including a stipend aimed at helping working students with their tuition. Some of those students can’t participate in student activities because of full-time jobs.

“Student involvement increases graduation rates,” Saucedo said. “But there are persistent issues. It’s really hard to ask for help being a first-generation student. You come from an environment where you don’t ask for help because a lot of times your parents can’t help you.”

Saucedo, who will graduate in May with a degree in public policy, said the summit was a chance to talk about matters that affect first-generation students. 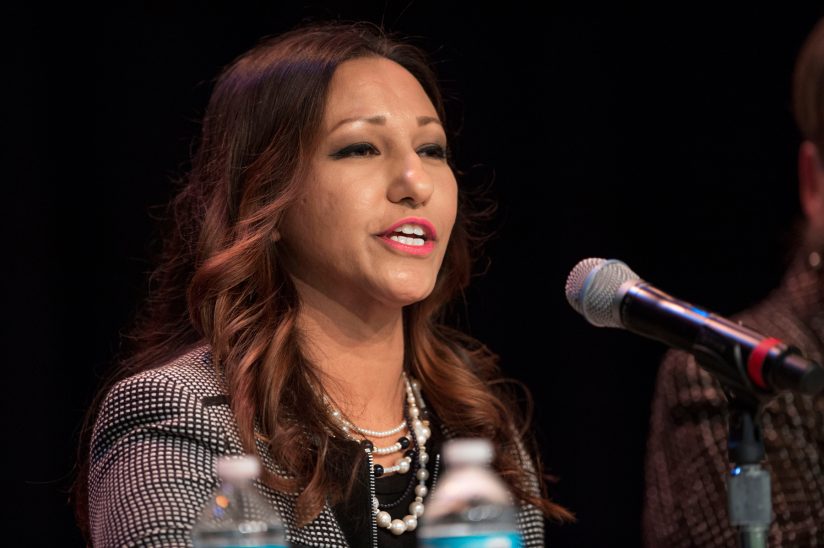 “At USC, we talk about race and diversity, but we don’t talk about class and that’s what’s holding them back,” he said.

Shafiqa Ahmadi, associate professor of clinical education at the USC Rossier School of Education, spoke about the importance of building community.

“I know that my students at times are struggling and are going through the same challenges I went through as an Afghan Muslim woman,” she said, “and I need to do what I can in and out of the classroom to connect communities.”

First-generation success is of importance to Los Angeles County Supervisor Hilda Solis, whose representative, Fernando Delgado ’14, presented a congratulatory proclamation to attendees and organizers for their efforts. Delgado encouraged students to take an active role in shaping their future.

The summit was organized by the Office of Diversity and Strategic Initiatives at the USC Dornsife College of Letters, Arts and Sciences.

Reception offers support for parents of new Trojans who are the first in their family to attend college.

The institute aims to increase the diversity of the applicant pools for top doctorate programs in political science or other social science fields at USC and across the country.

Mom Delmy Lemus left USC more than a decade ago; daughter Leslie convinced her to return, and showed her the ropes.

Award winner talks about the influence of her grandfather, who dreamed of a world where every Latino has access to medical treatment.