At the end of each third and final year of the USC School of Dramatic Arts’ MFA Acting program, graduate students perform three plays in repertory, a challenge that tests not only the skills and knowledge the actors have acquired during their training, but their physical and emotional stamina — and the strength of their commitment to the path they have chosen.

This year, the program marks its 10th anniversary. For the most recently graduated class, the ambitions and demands of the three-play repertory challenge — essentially each student’s master’s thesis — reached new heights, when 14 graduate students, working as a well-forged ensemble, shifted among multiple roles and wildly diverse directorial visions during evening and matinee performances of Bertolt Brecht and Kurt Weill’s The Threepenny Opera, Anna Deavere Smith’s Twilight: Los Angeles, 1992 and The Oresteia Project, inspired by the Aeschylus trilogy and written by Dean David Bridel and the students themselves.

For audiences, the month-long performance experience was quality theater in its own right. For the graduate students, it was the culmination of two-and-a-half years of rigorous actor training in an MFA program that has earned elevated national standing. Taught by world-class faculty and guest professionals, the USC MFA Acting curriculum is crafted with an awareness of what makes an actor viable today. It emphasizes the defining value of personal story, individual creativity, the power of ensemble — and a key integration of all subject matter: voice and text work, innovative principles of movement, the creative arts in media and technology, production and nuts-and-bolts practicalities. 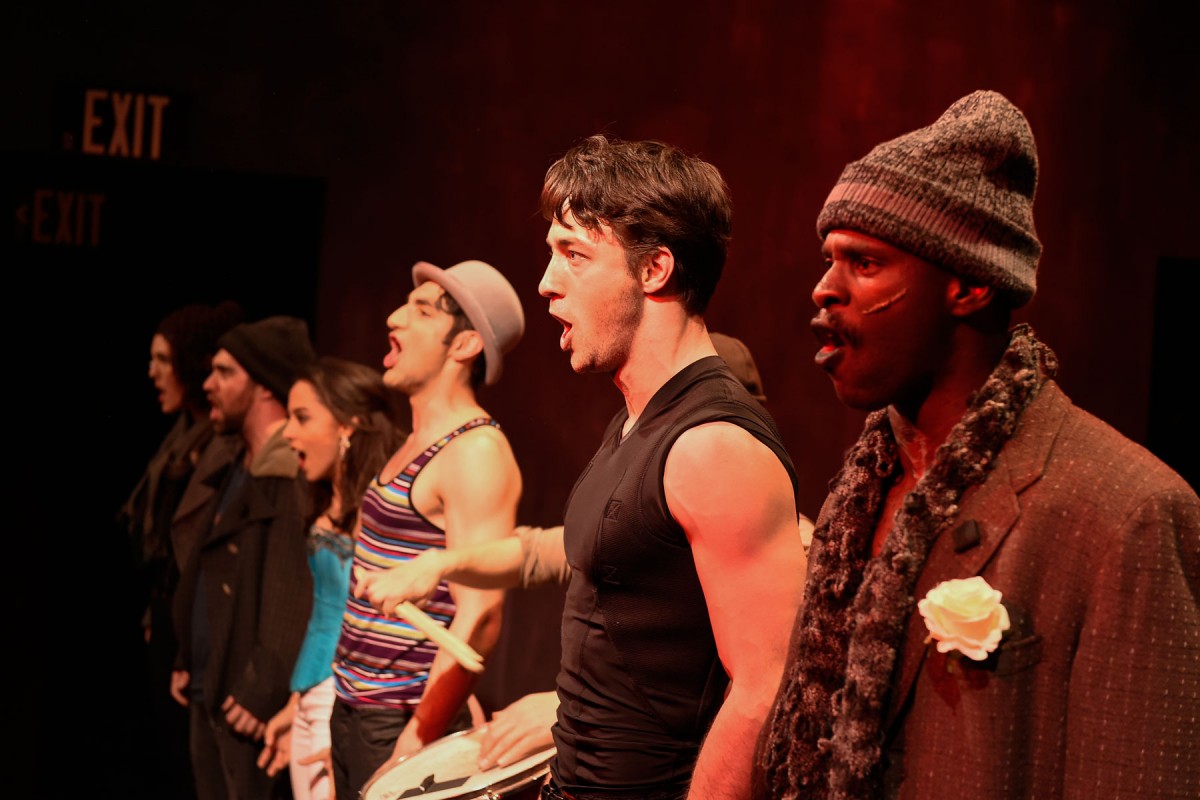 “Basically, think of all of our work as acting,” said Natsuko Ohama, head of the MFA program’s Voice Path and one of the country’s premier voice teachers. “We don’t separate it in terms of the experience.”

In her own work with students, for example, “the breath and the sound of the voice and the articulation of thought,” Ohama noted, “are always going toward the actor’s connection.”

In effect, “every class is an acting class,” said Andy Robinson, who headed the MFA Acting program from its inception before turning the leadership reins over at the end of 2015 to devote more time to his own acting trajectory. Robinson, whose book, Stepping Into the Light: Sources of an Actor’s Craft, was published in 2015, remains on the faculty as a professor of theater practice.

The MFA program was one of three new graduate degrees inaugurated under the leadership of Madeline Puzo, dean of the USC School of Dramatic Arts from 2002 to 2015. Puzo brought award-winning stage and screen actor/director Robinson on board in 2004 to create and direct the program, which launched in fall 2006.

Among the theater professionals and educators with whom Robinson consulted was a core group of other notable USC faculty: Bridel and Ohama, former Royal Shakespeare Company actor Charlotte Cornwell, and veteran stage and film actor David Warshofsky, who serves as the current director of the program. All but Cornwell continue to teach at the school.

Robinson drew, too, on his own classical conservatory training at the London Academy of Music and Dramatic Arts and on his involvement in the 1960s with the formation of the experimental theater group La MaMa Plexus, which incorporated the “rather extraordinary physical training techniques” created by theater innovators Jerzy Grotowski and Eugenio Barba.

A great tool for talent 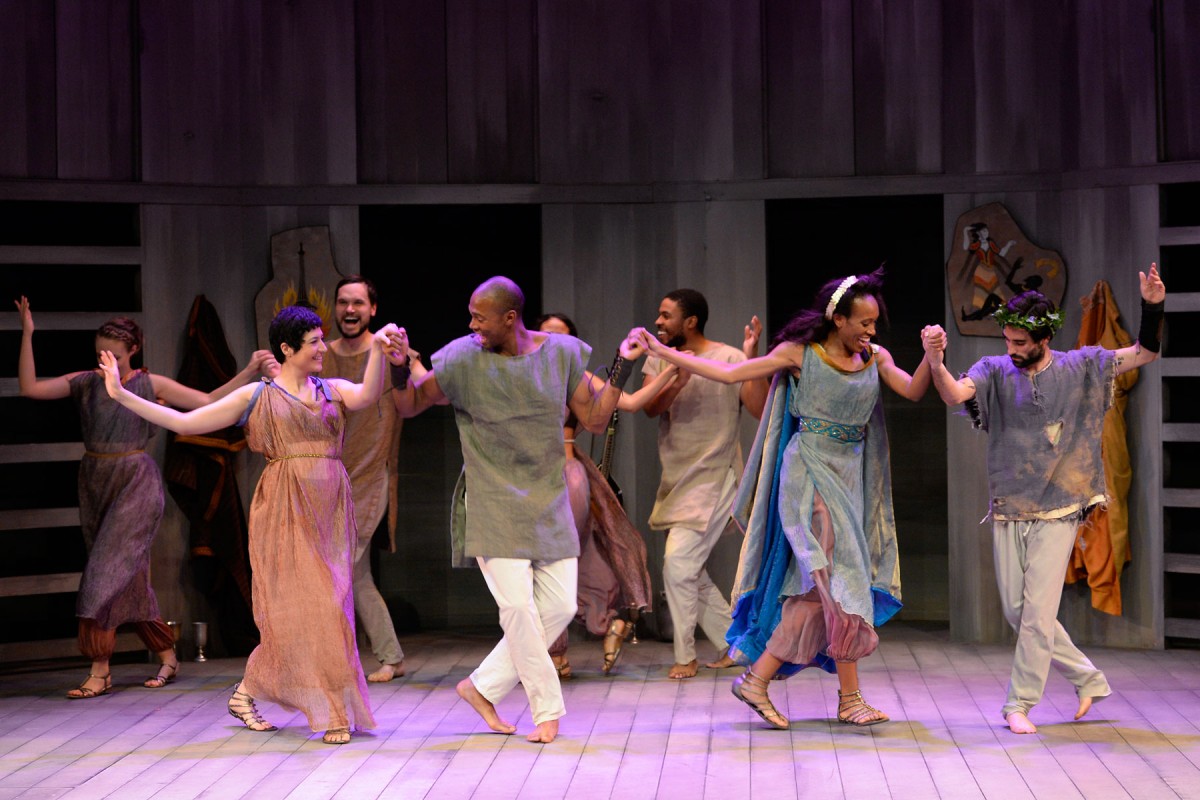 The MFA Acting curriculum, while training actors to acquire the tools to be viable in today’s multiple areas of potential employment, would “unify those two strands of training: the conservatory and the experimental physical,” Robinson said. The third year of the program would encompass a three-play repertory, something “as rare as the griffin,” in actor training programs.

With limited opportunities for apprenticeships at a dwindling number of resident repertory theaters across the country, “very few young actors ever get a chance to do this kind of rep situation,” he said. “It’s such a great, great tool for us in terms of how they have to culminate the work that they’ve been doing in a very practical and very demanding way.”

Meanwhile, the program’s close-knit core faculty meets regularly, Robinson noted, “to talk about what we perceive as what’s needed, what’s a problem and what’s extraneous.” This collaborative effort in fine-tuning and advancing the program “continues to be a driving force for us creatively,” Ohama said.

“Our commitment to our students is incredibly high and we genuinely enjoy working with each other,” she said. “I think that goes all the way through the program.”

‘Podcast@SDA’ focuses on stories behind the plays and authors featured in the school’s current season.

“The repertory experience is a vast challenge for the actors, who have to live in three different worlds at the same time,” said Cameron Watson, who is directing Our Town.