How many USC Dornsife students can say they’ve had a burger, fries and a milkshake with President Barack Obama?

Oscar De Los Santos can. (And Obama is a chocolate shake guy, if you were wondering.) 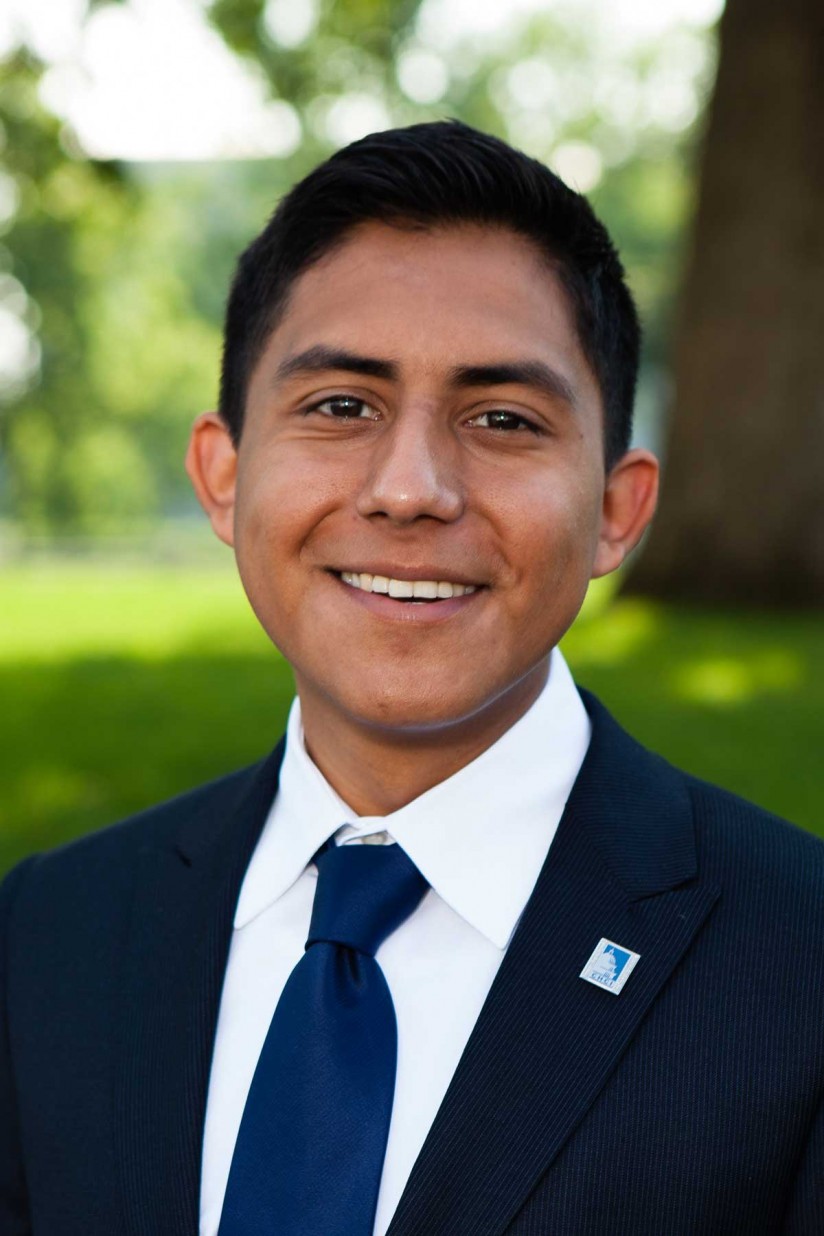 De Los Santos had volunteered as the youngest Florida field organizer during Obama’s 2012 campaign and won a competitive essay contest about effective leadership. Part of his award was lunch with the president in Washington, D.C.

Now, De Los Santos has earned another great honor: He’s been selected from a pool of 882 applicants as one of 32 American recipients of the 2017 Rhodes Scholarship. The honor provides all expenses for two or three years of study at the University of Oxford in England starting in October.

“There is no award with more visibility than the Rhodes,” he said. “I want to use this visibility to champion progressive policy reform and anti-racist consciousness.”

Upon entering USC, De Los Santos was selected as a Norman Topping Scholar. In 2014, in recognition of his academic achievements, leadership record, commitment to public service and likelihood to become a change agent, he was selected from a national pool as one of fewer than 60 Truman Scholars.

The Los Angeles native, who now lives in Laveen, Ariz., is this year’s only Latino Rhodes Scholar. The first member of his family to attend college, he is the son of Mexican farmworkers who originally came to the United States as undocumented immigrants. They have since become citizens.

According to The Rhodes Trust, Rhodes Scholars should be committed to making a strong difference for good in the world, be concerned for the welfare of others and be conscious of inequities. De Los Santos exemplifies those qualities.

“I’m the child of Mexican immigrants, an anti-hunger advocate and a former teacher and political organizer,” he said. “My degree choices are a way for me to respond from a sense of moral urgency to help marginalized people.”

The heart of Rhodes

Erica Lovano McCann, director of academic honors and fellowships at USC, affirmed that De Los Santos embodies the heart of the Rhodes Scholarship.

“Beyond his academic achievements, he is a compassionate leader who focuses his energy on people first. Resilience, resistance, humility and empathy resound in all he does,” she said. “We are so proud of what he has accomplished and we know he has the potential to become one of the most dynamic leaders of his generation.”

Since graduation, De Los Santos has continued to serve underserved communities, first as a 6th-grade English and social studies teacher for high-risk youth and now as a lobbyist and manager of public policy for the Association of Arizona Food banks.

At Oxford, De Los Santos plans to read for a master of public policy and a master of studies in theology with a focus on Christian ethics. Like Obama, he has a special interest in the theology of Reinhold Niebuhr.

The 2015 USC graduate is among 32 Americans to be honored with a prestigious scholarship to the University of Oxford.

A Pipeline for First-generation College Students

Students Steven Strozza and Akilah Booty are the new face of USC.