It began Sept. 29 with “Focus Forsythe: The Choreographer’s Process,” a USC Visions and Voices event — the first show to be presented in the Glorya Kaufman International Dance Center’s Performance Studio.

In four sessions over two days, 21 USC Kaufman BFA students joined Forsythe on stage in a presentation characterized by improvisation.

Christopher Roman, who has collaborated with Forsythe for decades, assisted the staging, in which each dancer talked about the transformation of ballet and illustrated Forsythe’s instructions with his or her own approach according to individual skill set. The demonstrations, which included explorations with speed changes, group and individual performances, as well as other styles of dance, demonstrated distinctive aspects of Forsythe’s style.

“We recognize the value of traditional classical ballet training,” Forsythe said. “But we don’t see why it can’t continue developing. There’s no reason why its history has to stop in the past.” 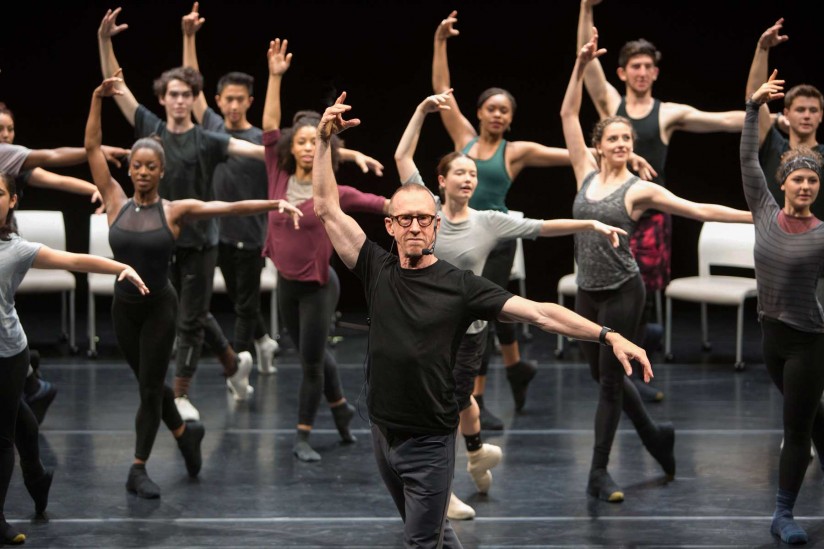 With its vibrant mix of discussion and dance demonstration, “Focus Forsythe” was a chance to experience how the core elements of ballet can adapt into alternative forms. Each student emphasized the role of different body parts in dance: While one dancer demonstrated the dynamics of the feet within a movement, another zeroed in on the flexibility of the hips as others performed counterpoint, focusing on geometry and balance. The experiments included variations modified with aspects of house, hip-hop and classical music, along with many others.

“I didn’t know what to expect,” said Robbin Shahani, who attended the performance. “I thought we were going to see the traditional work in progress presentation, but now I know that Forsythe’s work is exploratory and intellectual.”

Without structured choreography, students were challenged to illustrate the discussion through improvisation, which, as Forsythe puts it, is “real-time composition.” The students’ individual interpretations of Forsythe’s concepts, in addition to the unplanned selection of divergent beats, provided a dynamic experience for the audience.

By exploring the structural elements of ballet, “Focus Forsythe” displayed the thought and research behind the choreographer’s work.

“I used to think ballet was too elegant, slow and a little boring,” said business student Ilyas Basoz, who takes a ballroom dance course at USC Kaufman. “But it was fascinating to see it applied to other styles and to understand the elements that come to play when developing a choreography.”