A surge of millennials in Los Angeles County over the past decade revitalized neglected areas and invigorated the urban economy, while also flooding the rental housing market and pushing out working-class Angelenos. Professor Dowell Myers explained what’s next for millennials — many now in their 30s — and what it means for their changing demands on the housing market, during a recent discussion at the USC Price School of Public Policy.

A ‘raw deal’ for homebuyers

Presenting some of his latest research published in Cityscape and Housing Policy Debate, Myers noted that the millennial generation — nearly 83 million people born between 1980 and 1999 — is larger than the baby boomer generation. Millennials, Myers noted, are more willing to give up their car, more attracted to living in a dense city center and much more present within two miles of the city center in downtown Los Angeles.

From his article “Peak Millennials,” Myers explained the reinforcing cycles that drive concentration of millennials in urban districts. For starters, the Great Recession stopped employment growth and the construction of new apartment complexes. Typically, people tend to progress up the economic ladder from renting to buying homes; however, in this case, would-be homeowners became renters, with millennials coming of age and existing renters sandwiched between diverted homeowners. 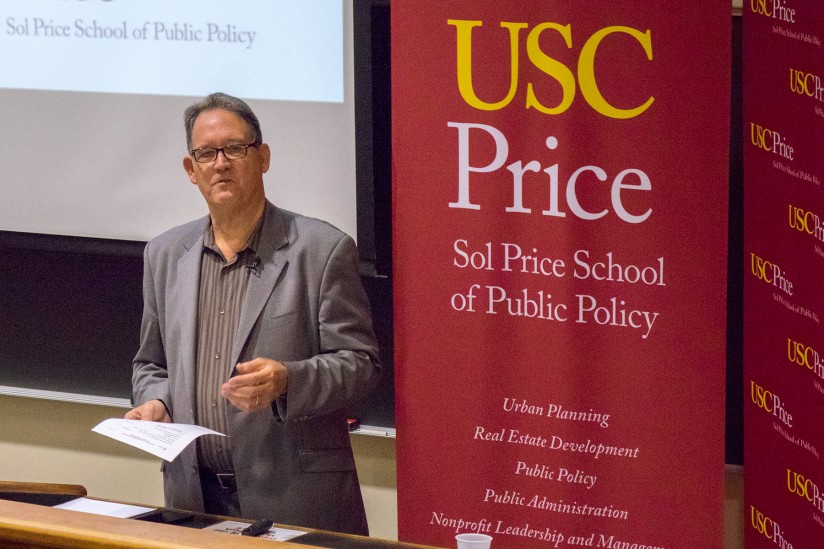 “Poverty and unemployment may have recovered from the Great Recession, but the housing shortages are long-lived and the millennials’ needs will keep expanding their impacts,” Myers said. “Will they be accommodated by new housing or will they keep scavenging old housing from other Angelenos?”

“The worst thing is millennials have a bad economic environment, and they get really high housing prices, too,” Myers said. “That’s not fair. I always thought when the Great Recession happened that the good news was that housing would be affordable. It didn’t work out that way, and that’s the raw deal.”

Owens pointed out that millennials are delaying marriage and child bearing, which may impact the type and location of housing they prefer, keeping them in cities longer.

“Millennials are not the post-racial society we pretended they were briefly, and racial segregation remains high among them,” Owens said. “It could be that millennials are the inequality generation, and we know that income inequality maps onto income segregation because it determines who can live where.”

Myers projected that there is an interesting intersection coming, as the millennials progress while aging baby boomers start selling off their homes.

“I like the way Professor Myers always makes things very clear, straightforward and easy for everybody to understand,” said Johanna Thunell, a PhD student in public policy and management. “He touched on the symbiosis between types of homeowners, how boomers are going to be selling off their homes and people waiting to be homeowners might start buying.”

✌ Year in review: From a much-awaited series of commencements for two classes to a special homecoming and more, check out some of this year’s most popular stories.

Social safety net can become a web for low-income L.A. families who start to earn more

USC researchers say increased transparency and more robust benefits for low-income families are needed — particularly when it comes to housing — even after their wages go up to help avoid “plateaus” and “cliffs.”

What’s next for millennials and the housing market?