Paul Jackson Jr., a Grammy Award-nominated producer and composer who is one of the most recorded guitarists in the world, has joined the faculty of the USC Thornton School of Music as an artist-in-residence for the 2016-17 school year. 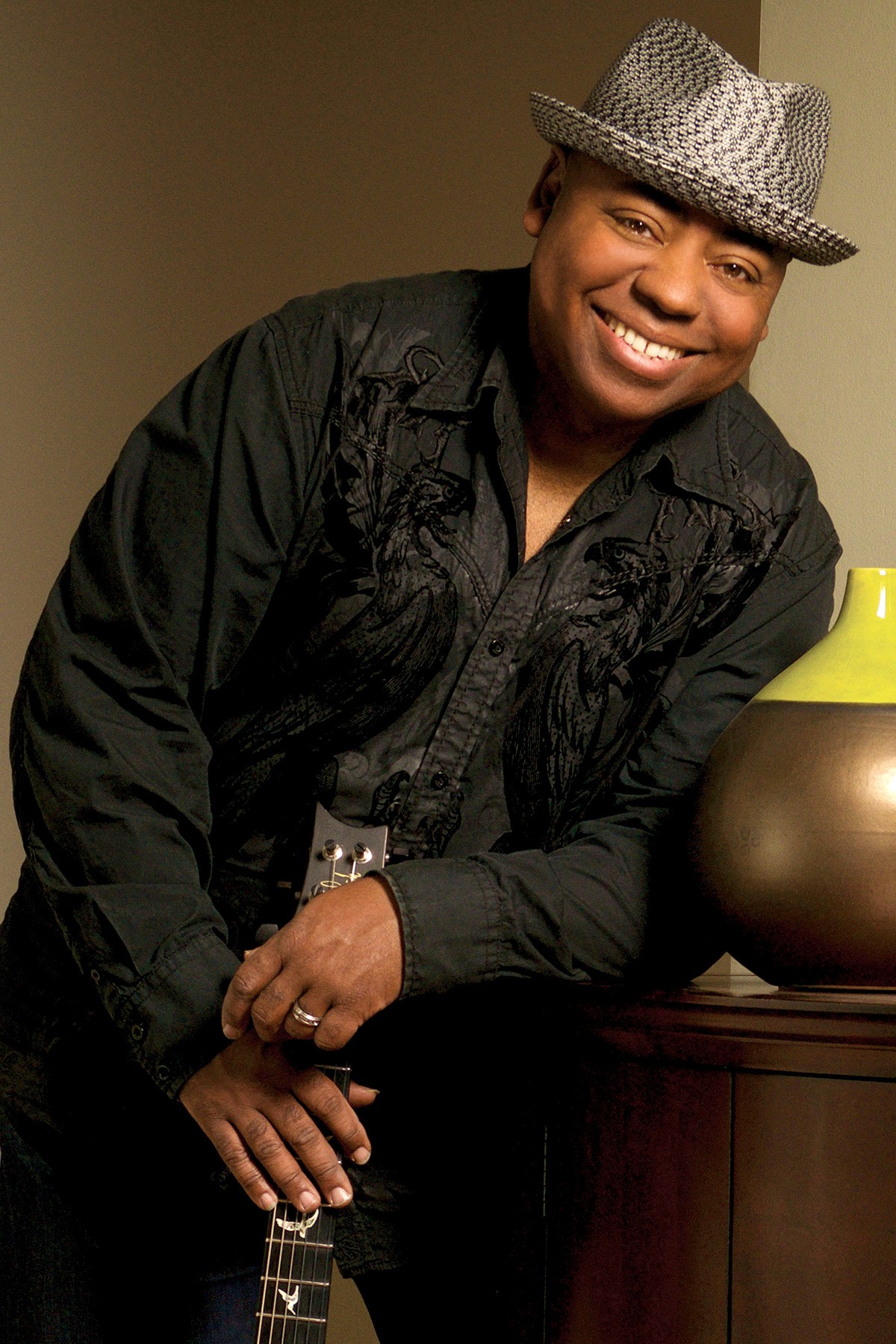 “What the Garn Family Artist-in-Residence provides is the opportunity for students to work with world-renowned artists on a sustained basis,” said Vice Dean Chris Sampson, founder of the Popular Music program. “Our students will really get to know and be mentored by Paul Jackson Jr. over the course of the school year. This creates a very deep and lasting impact.”

Jackson grew up near the University Park Campus and is happy to teach at the university.

“When I was a kid, we used to drive here,” he said. “Both of my parents received their master’s degrees from USC — my mother in psychology and my father in engineering. To come back years later as an instructor is pretty amazing for me.”

Jackson will be busy.

I’m going to have my hands full, but it’s all really good stuff.

“This morning I was with Professor Paul Young in a music business class, and this afternoon I’m working with students in the Studio/Jazz Guitar program,” he said. “I’m doing a jazz forum soon, a recording workshop and a lot of classes with Patrice Rushen [head of the Popular Music program], as well as mentoring students. I’m going to have my hands full, but it’s all really good stuff.”

USC Thornton’s Contemporary Music division is also known for bringing in an impressive schedule of artists for its weekly Popular Music Forum, giving students an opportunity to learn from — and occasionally play with — musical legends. Some past artists who have come to the forum include Elton John, Randy Newman, Smokey Robinson, Chaka Khan, and Mike Love and Bruce Johnston of The Beach Boys.

“Talent and knowledge are assets, and you have to reinvest them,” Jackson said. “I think it’s necessary. Nobody would make money and then not try to reinvest it in the stock market or real estate or something. So, for me, this is trying to reinvest things that I’ve been blessed to know and do and experience. I’m just really happy to do that.”

He has released eight albums of his own on the Atlantic, Pony Canyon/Blue Note and Branch Records labels, including the Grammy-nominated I Came to Play.

He has been a regular band member on television shows such as American Idol, The Tonight Show With Jay Leno and Don’t Forget the Lyrics and has taught at music workshops around the world.

Gimel “Young Guru” Keaton is joining the faculty of the USC Thornton School of Music as an artist-in-residence.

James A. Muhammad will oversee Classical California, the No. 1 classical music radio station network in the nation, which operates KUSC-FM in Los Angeles and KDFC-FM in San Francisco.