Real estate investor Amy King Dundon-Berchtold ’72 has given $6 million toward the endowment of the USC University Club at King Stoops Hall, which is located within the historic library building named for her late mother, Joyce King Stoops EdD ’66, and late stepfather, Emery Stoops PhD ’41.

The University Club is a members-only club and restaurant on USC’s University Park Campus. It serves as an important campus venue that promotes intellectual, cultural and social interaction among USC faculty and staff. In recognition of the gift, the club will be renamed the USC Amy King Dundon-Berchtold University Club at King Stoops Hall.

The gift continues her family’s decades-long support of USC. Over the years, the family has funded student scholarships, the education library and an endowed chair for the dean of the USC Rossier School of Education.

A resident of Santa Monica, Dundon-Berchtold and her husband, Jim Berchtold, were married in 2010, following the loss of both of their first spouses to brain tumors in 2008. Amy and her late husband Paul E. “Ed” Dundon EdD ’71 enjoyed happiness over several decades. In the present, personal health challenges and an unexpected second chance at love drove Dundon-Berchtold’s desire to give back to the university that meant so much to her mother and herself.

“I had a wake-up call,” she said, “that it was time to give back and disperse some of what I have accumulated over the years.” 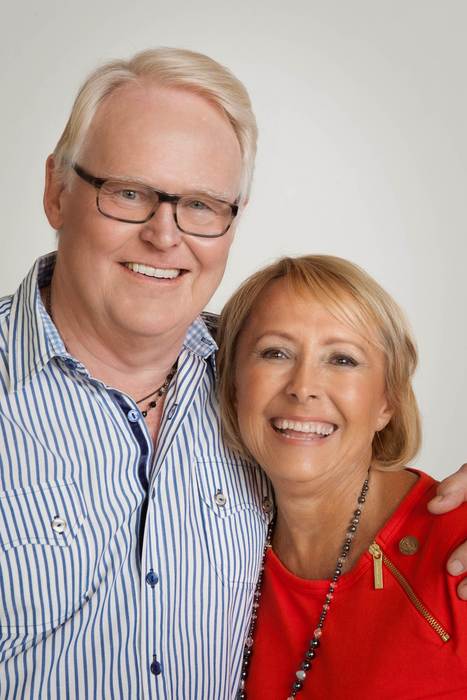 The connection to USC she shared with her mother made the university and the USC Dundon-Berchtold University Club a natural choice for her support.

The club currently serves as a “home away from home” for Dundon-Berchtold and her husband, where they enjoy seeing her family’s photos, books and memorabilia adorning the walls and bookshelves and sharing these mementos with the club’s visitors. A donation from her mother and stepfather endowed the building in 1983, and it was renamed King Stoops Hall in their honor.

Originally built as a Los Angeles Public Library in 1923 and known as the University Branch Library, the building served as the main library for USC students until the Doheny Memorial Library opened in 1932. King Stoops Hall served many purposes over the years, housing USC Rossier, the East Asian Library and the Leonard D. Schaeffer Center for Health Policy and Economics until transforming again to become the University Club in 2012.

“I’m proud to follow in my mother’s tradition of giving back to USC,” she said. “I love the idea that there is a place on campus to preserve our memories.”

Dundon-Berchtold moved to California from Illinois as a child. Her mother worked as a photographer’s model and a lab technician before earning her doctorate in education from USC in 1966. It was at USC that her mother met and married Emery Stoops. Both taught at USC Rossier, and Joyce King Stoops became assistant dean for student life as well as a professor. The couple remained staunch supporters of the school for many years, referring to it as their academic and spiritual home.

I’m proud to follow in my mother’s tradition of giving back to USC.

Dundon-Berchtold earned her bachelor’s degree in education from USC Rossier, and later an MBA from the University of California, Irvine. While at USC, she met and married Ed Dundon, a Marine Corps officer in the Korean conflict who became a school superintendent in Orange County after earning his doctorate from USC. An avid supporter of USC, he founded the Dean’s Superintendents Advisory Group at USC Rossier in 1980 to create opportunities for networking and consultation between the school and California superintendents.

Inspired by her mother’s side investments in rental properties, Dundon-Berchtold began selling houses and finally went into business for herself as a real estate investor. She and her mother engaged in a friendly competition each year, comparing their individual investment results until Dundon-Berchtold’s success and full-time dedication to the business led her mother to join forces with her daughter instead. Dundon-Berchtold continues to manage a broad portfolio of properties.

“The Trojan Family is grateful to Amy King Dundon-Berchtold for her generosity to our university and one of its key gathering places,” said USC Provost Michael Quick. “Her support adds a new chapter to the legacy of support left by Joyce King Stoops and Emery Stoops. Having her name alongside theirs on the USC Dundon-Berchtold University Club in King Stoops Hall is a worthy tribute to their leadership and commitment to the university.”

The USC University Club has installed its new Board of Councilors and recognized outgoing members.

The Board of Councilors of the USC University Club hosted a grand opening celebration at King Stoops Hall on Oct. 3 to officially commemorate the opening of the club’s new home.

At the closing reception on May 2 for the University Club, former board president William McClure pledged the first naming gift in front of 150 guests in attendance.