Within the span of a week, two 7.1 earthquakes rocked greater Los Angeles. (That’s like the 1994 Northridge earthquake happening twice, back to back.) The seismic incidents, on the Puente Hills and Whittier fault lines, caused billions of dollars in damages and roughly 13,000 casualties.

But luckily for Californians, it was just a simulation — engineered by summer interns at the Southern California Earthquake Center (SCEC) at USC.

For eight weeks, 27 college students from around the country used thousands of years worth of real and hypothetical data to forecast earthquakes, an endeavor that boggles the minds of even the world’s leading earthquake scientists.

It’s important to understand the risk living here and the potential damage.

“This is something that could happen in our lifetime,” said Sophia Belvoir, a 23-year-old Pasadena City College student who plans to apply to USC. “It’s important to understand the risk living here and the potential damage. It’s pretty cool that we can work on calculating this for the public.”

Working on small teams, they were immersed in the world of earthquake science — calculating data on the largest academic supercomputer in the world, determining probability and identifying the ramifications.

They made visuals, a documentary and a virtual reality app. And they walked fault lines — from Hollywood to the Inland Empire ­— to see SoCal’s system firsthand. 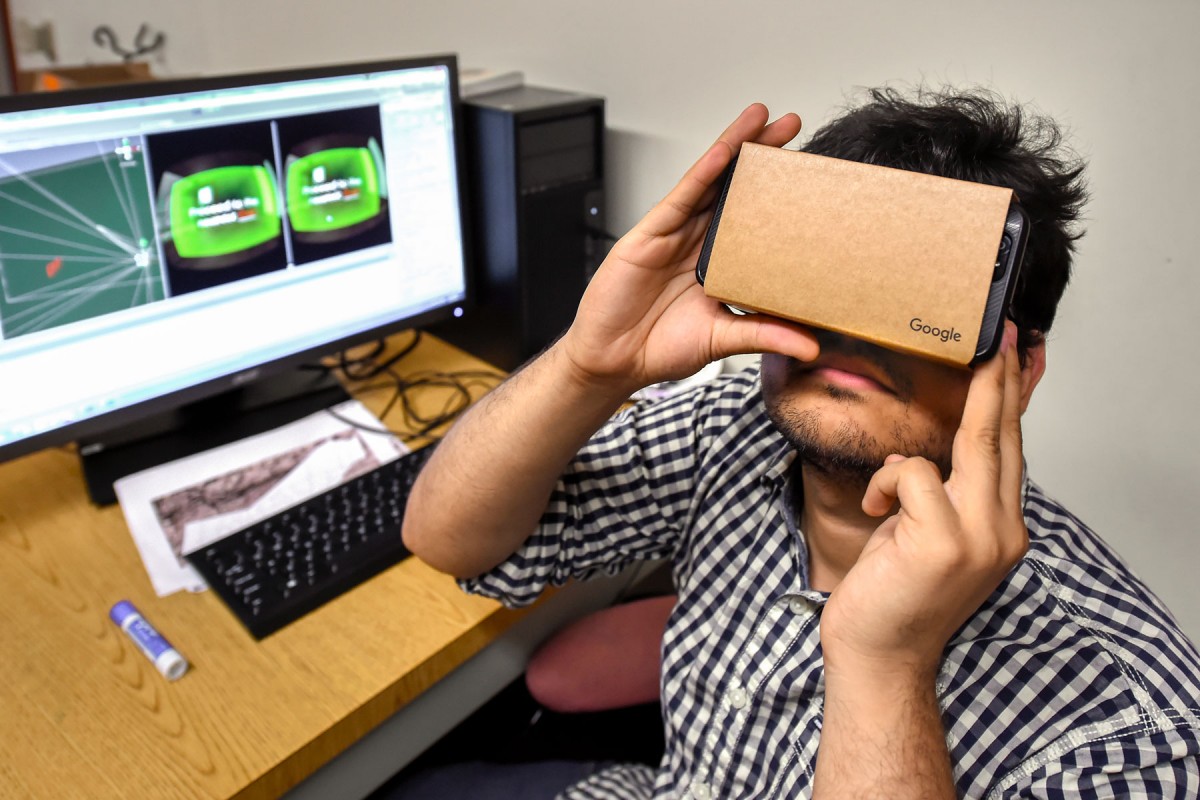 “Being able to come in here make these analyses, videos, computing on California and go out in the field and walk along these faults and go, ‘Oh my gosh, this is the San Andreas fault. I just ran an scenario that said this fault could rupture a 7.8 earthquake,’ ” said Jozi Pearson, an intern supervisor. “You’re doing all these calculations and analyses on your own backyard.”

The internship is open to any U.S. student currently pursuing an undergraduate degree. Students came from community colleges and four-year universities near and far, with one coming all the way from Puerto Rico.

And it wasn’t just practice for a future career.

“This is real research. It will be presented at the SCEC annual meeting in September. I think it’ll blow their minds,” SCEC Director Thomas Jordan said.

Students were excited to do work with real world impact.

In a back room, USC School of Cinematic Arts students Aadit Doshi and Drew Welch were developing a virtual reality smart phone app. With the help of goggles developed by Google, the user is transported into an earthquake scenario ­— in a bedroom, living room, classroom or office — taking cover as televisions fall over, florescent lighting drops from the ceiling and desks shuffle.

“It gets it ingrained in their system whenever an earthquake happens the first thing you do is take cover,” said Doshi, 21.

After using their game, you “won’t even have to think” when the real one hits, Welch said.