The USC Board of Trustees’ newest members bring varied expertise across business, arts and philanthropy, but all share a singular passion: education. They join the board’s diverse and influential body of leaders.

A philanthropist and dot-com pioneer, David Bohnett ’78 began his charitable foundation and venture capital firm after selling his company Geocities.com to Yahoo! Inc. in 1999. The David Bohnett Foundation seeks to improve society by providing funding, technology and technical support to innovative organizations. Deeply involved in the arts, Bohnett is a trustee of the Los Angeles Philharmonic Association, the Los Angeles County Museum of Art, the John F. Kennedy Center for the Performing Arts and amfAR, the Foundation for AIDS Research. He also serves on the board of the Los Angeles World Affairs Council.

Kathy Leventhal is a former media executive and founding publisher of Allure magazine. Leventhal worked for Condé Nast publications for a decade before leaving the industry in 1993 to focus on family. She serves as a trustee of the Stanley’s Garden Foundation, named for her late father. She and her husband, Richard Leventhal, chairman and chief executive officer of Fedway Associates, are Trojan parents. Their son, Max, graduated in 2014, and their daughter, Jessie, is a senior at the USC Annenberg School for Communication and Journalism. Leventhal serves on the USC President’s Leadership Council and as executive board co-chair for the USC Parent Leadership Circle.

USC and Kris Popovich ’65, MBA ’70 have a long history together. Through their philanthropy, he and his late wife, Jane Hoffman Popovich ’65, helped build Jane Hoffman Popovich and J. Kristoffer Popovich Hall at the USC Marshall School of Business. Further gifts established student scholarships and funded faculty and cancer research. Popovich was CEO of Hoffman Associates, a real estate company, and Hoffman Video Systems, a Los Angeles-based distributor of industrial and broadcast equipment. He was instrumental in forming the USC Associates’ board of directors, and served as the group’s president. Popovich is a member of the USC Marshall Board of Leaders and helped lead USC Marshall’s fundraising efforts as development chair.

Tracy Sykes DPT ’98 was in the inaugural class of the physical therapy doctoral program in the top-ranked USC Division of Biokinesiology and Physical Therapy. As a member of the division’s Board of Councilors, Sykes has advanced USC’s leadership in physical therapy for children. She also is a founding member of the division’s alumni association. She and her husband, Gene Sykes, co-chairman of Goldman Sachs’ Global Technology, Media and Telecom Group, created the first endowed faculty chair within the physical therapy division. They have also funded a scholarship and two symposia focusing on the specialty. 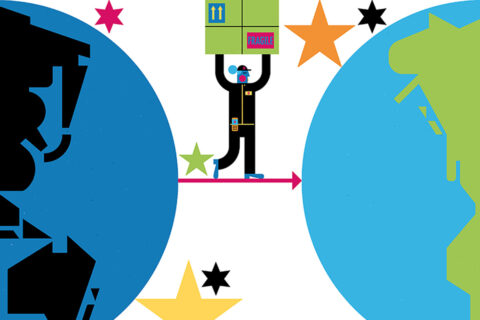 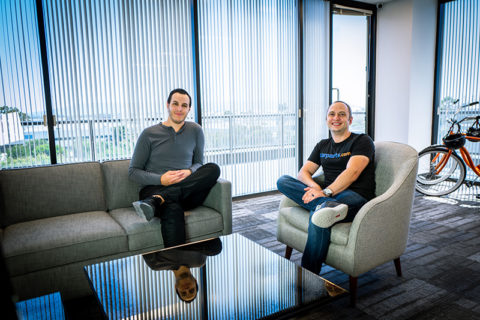 USC alums put a once-struggling automotive parts company on the fast track. Here’s how they made it work.