A new approach could help doctors diagnose and treat patients within the critical first hour after the accident.

Caroline Black PhD ’20 scoots her chair in, straining to hear her dad speak from across the restaurant table. But even if they were outside the noisy eatery, she would still struggle to catch his words. Her dad suffers from vocal problems stemming from a decades-old head injury.

“My dad is a pretty funny guy and likes to make people smile and laugh, so it’s hard to see him unable to fully express himself in these types of situations,” Black says. “And I know this has been a big struggle for him as well.”

A high school football player, Black’s father suffered from a severe traumatic brain injury, or TBI, when he was 17. He spent five weeks in a coma. It marked the end of his football career and the beginning of health issues that have spanned his life.

“While I’m incredibly grateful my dad survived his TBI and is able to lead a relatively normal life — albeit with some lasting effects from the trauma — many of those who suffer moderate to severe brain injuries are not as fortunate,” Black says.

Black can’t turn back the clock on her dad’s health problems. But her research as a USC doctoral student may offer treatment options for others with traumatic brain injury.

A TBI is a head injury that disrupts normal functions of the brain. It’s responsible for 2.8 million emergency room visits, hospitalizations and deaths annually, according to the Centers for Disease Control and Prevention. Side effects can be temporary or lifelong. They include impaired thinking or memory; vision, hearing or speech problems; personality changes and depression.

To minimize the damage, it’s important for doctors to diagnose and treat patients within the first 60 minutes after the injury — the “golden hour.”

To minimize the damage, it’s important for doctors to diagnose and treat patients within the first 60 minutes after the injury — the “golden hour.” But administering care in such a tight window is challenging, says Black, who is completing a postdoctoral fellowship at the biopharmaceutical company AbbVie in partnership with the USC School of Pharmacy.

Cyclosporine A, an FDA-approved immunosuppressant used to prevent organ rejection in transplant patients, has shown promise in treating TBI. But it causes severe side effects in other parts of the body. Could there be a way to get the treatment to the brain while keeping it away from other tissue?

A Capsule That Can Deliver a Drug Where It’s Needed

Black joined colleagues in the USC Dornsife College of Letters, Arts and Sciences chemistry department, the USC School of Pharmacy and the USC Ginsburg Institute for Biomedical Therapeutics to address this problem. They developed a two-part treatment. First, they linked cyclosporine A to another molecule that acts as a “molecular cage.” Inside this cage, the drug safely circulates in the body without causing side effects.

Next, they developed an LED light system that could be put on a patient’s head. Imagine a rubber swim cap studded with LED lights, enabling doctors to shine near-infrared light into the brain. This low-energy light breaks down the molecular cage that encases the drug, releasing cyclosporine A where it is needed.

During her doctoral studies, Caroline Black was active in USC’s Women in Chemistry program.

She also serves as co-president of the L.A. chapter of Graduate Women in Science.

Both enabled her to grow as a scientist and mentor others in a supportive network.

Although it’s early days for this technology, Black says a portable version of the system could treat patients during the golden hour.

“As an undergraduate, I was excited about the idea of making new drugs,” she says. “But at USC, I learned that drug discovery and drug delivery go hand in hand. You can have the most potent drug in the world, but if you can’t get it where you need it, it’s useless.” 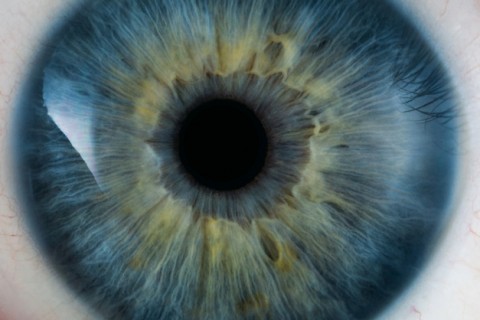 Caroline Black is a postdoctoral fellow with AbbVie and the USC School of Pharmacy. (Photo/Courtesy of Caroline Black) Visionary Science 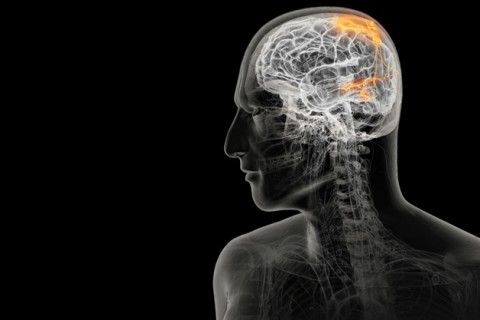 Caroline Black is a postdoctoral fellow with AbbVie and the USC School of Pharmacy. (Photo/Courtesy of Caroline Black) Brain Trust 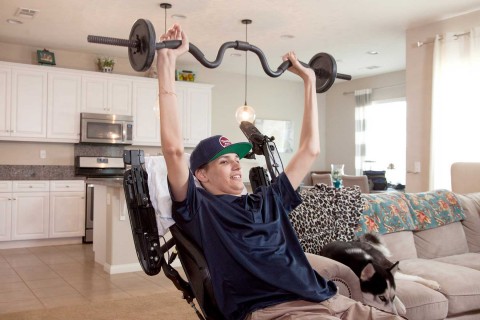 Caroline Black is a postdoctoral fellow with AbbVie and the USC School of Pharmacy. (Photo/Courtesy of Caroline Black)