Whether on planes, trucks or ships, Trojans use their training and USC connections to help communities facing COVID-19.

When the University Park Campus closed to most faculty, staff and students in March, Justin Lee ’17, MSW ’20 headed home to Oregon with his younger brother. Only three days later, he unexpectedly turned around and drove back to Los Angeles.

The National Guardsman’s unit had just been activated.

Lt. Lee reported to a tactical operations center in Palm Springs, where he oversees platoons on humanitarian missions throughout the region. As of June, he had helped distribute more than 15 million meals to Californians in need.

I believe that as a nation, we must take steps to better fulfill our solemn duty to care for all those who have served and continue to serve our country.

Before COVID-19, service organizations in the community were primarily staffed by volunteers. But those volunteers needed to stay home during the pandemic, Lee explained. “We were called in to help, and the need has grown many times over.”

Lee is no stranger to humanitarian service. As an undergraduate, he participated in the USC Army ROTC program, volunteered at a local homeless shelter and supported a student group that helped resettle Syrian refugees.

He graduated with a bachelor’s degree in international relations and commissioned in 2017, then joined the California Army National Guard. Lee recently completed a master’s in social work with a military focus from the USC Suzanne Dworak-Peck School of Social Work. It was among the degrees USC virtually conferred May 15.

When operations wind down, he wants to use his social work background to help others in the armed forces. “I believe that as a nation, we must take steps to better fulfill our solemn duty to care for all those who have served and continue to serve our country,” he says. 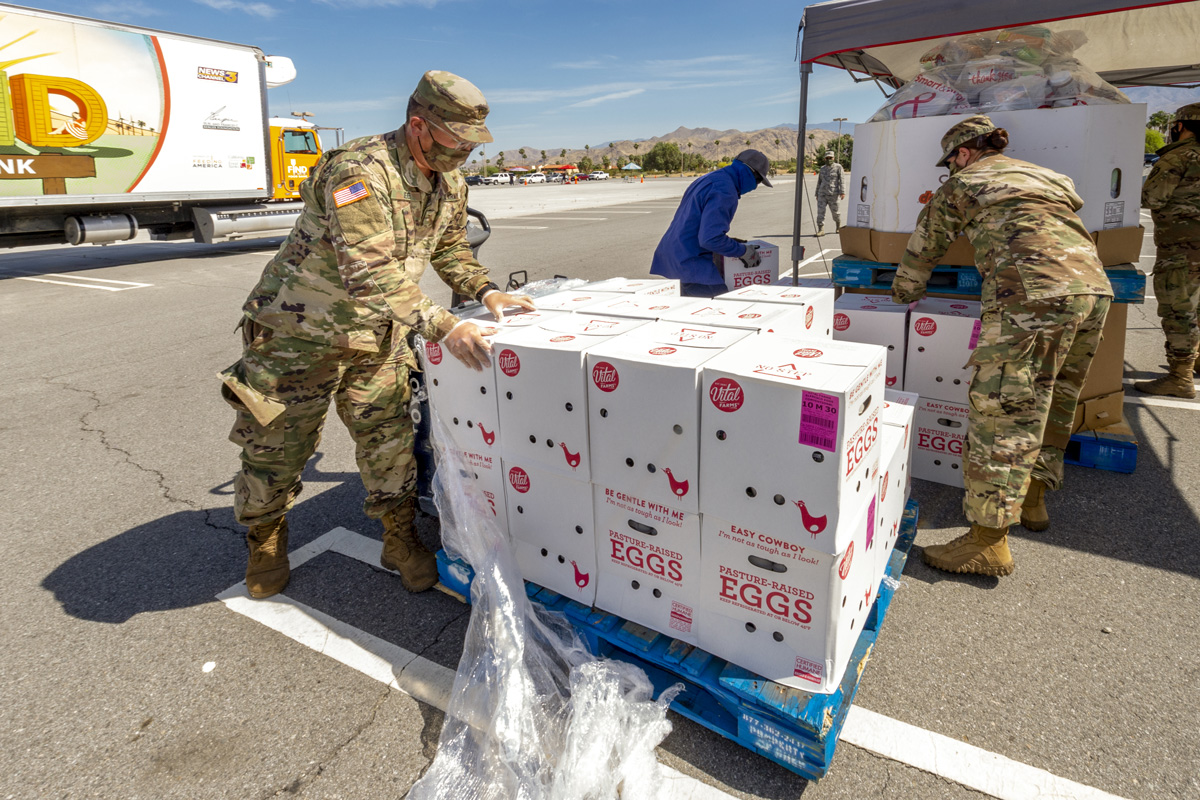 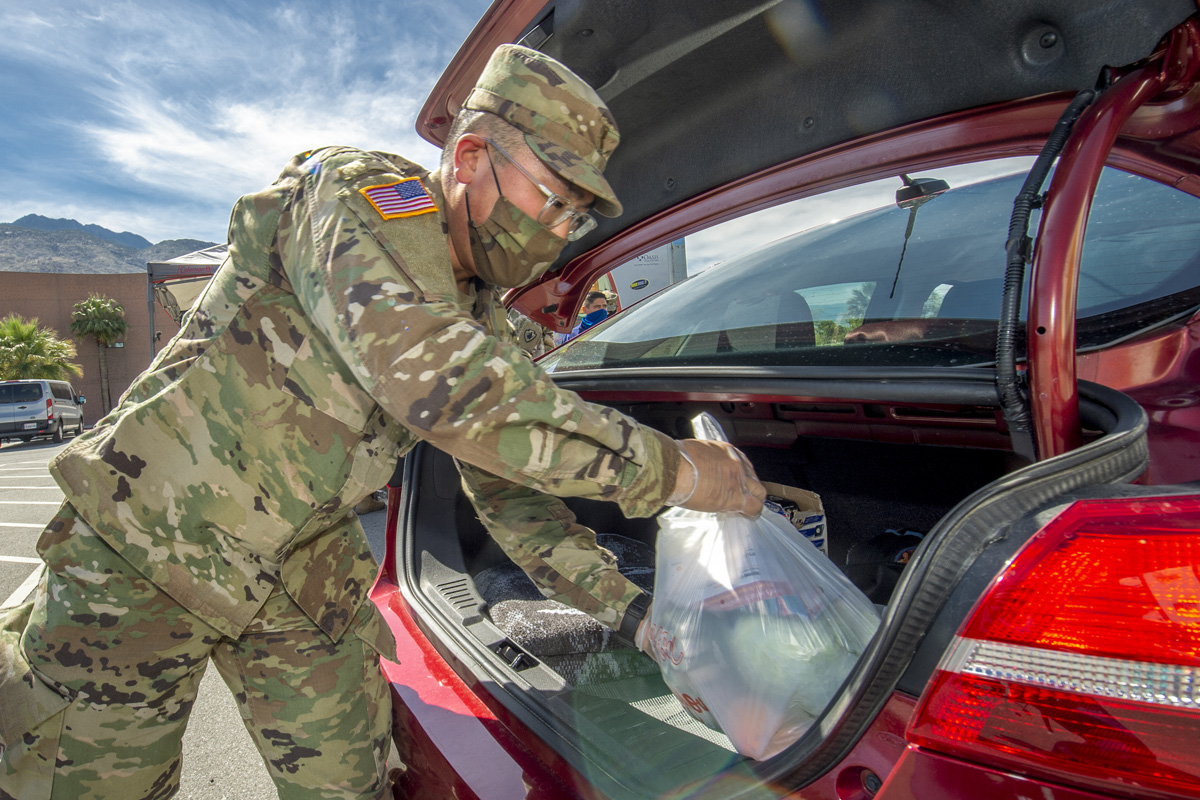 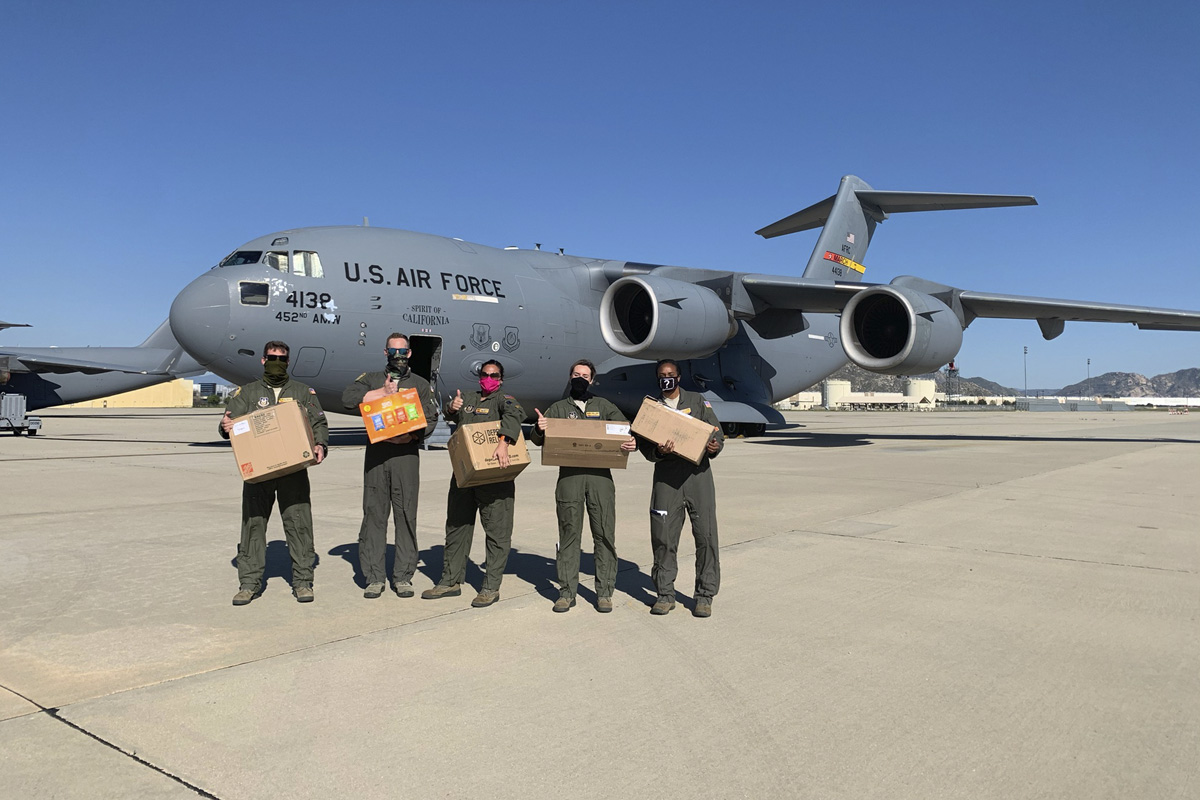 Sending an emergency shipment of face masks from Los Angeles to an aircraft carrier in Guam isn’t as simple as going to the post office. But the extensive Trojan network can put together complicated plans quickly.

When news spread that COVID-19 had hit the crew of the USS Theodore Roosevelt in Guam, Robert Harmon wanted to help. The medical device entrepreneur had 5,000 masks to donate but no means to deliver them. He reached out to Navy vet John Semcken.

“The fact that he thought to reach out to me was pure luck,” says Semcken, a board member of the USC Marshall School of Business’ Master of Business for Veterans (MBV) program.

Semcken knew an Air Force pilot through the program. He tapped the program’s director, James Bogle MA ’99, MBV ’16, to locate her.

I love my Trojan Family. I was honored to be of service.

The person they had in mind was Lt. Col. Jengi Martinez MBV ’15, a pilot for United Airlines on active reserve with the 729th Airlift Squadron. She happened to be at March Air Reserve Base in Riverside, California, when she received a text from Bogle. Could she fly to the Roosevelt?

“It was pure serendipity all the way,” she says. “I happened to be there, and when I checked the squadron schedule, I saw that there was, in fact, a flight going out to Guam that week.” On April 15, she took off with the precious cargo.

“This is just another incredible Trojan Family connection,” Bogle says proudly. “I’m not at all surprised that it was Jengi Martinez who took this on and made it happen.”

Says Martinez: “I love my Trojan Family. I was honored to be of service.” 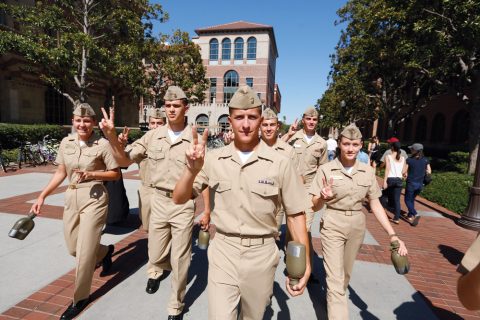 Lt. Justin Lee works in Palm Springs at a tactical operations center, where he oversees platoons on humanitarian missions throughout the region. (USC Photo/Gus Ruelas) A Call to Serve 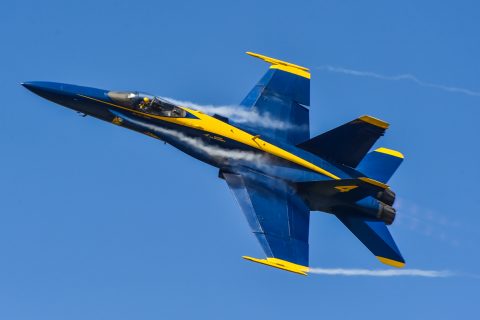 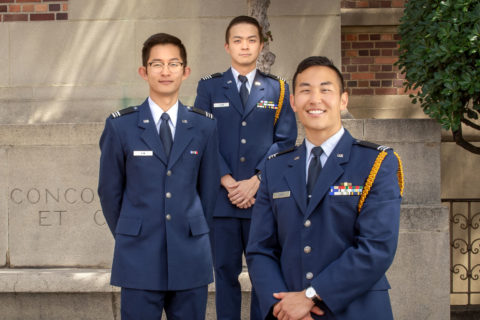 Lt. Justin Lee works in Palm Springs at a tactical operations center, where he oversees platoons on humanitarian missions throughout the region. (USC Photo/Gus Ruelas)