Innovators, thinkers, disruptors and problem solvers: The academy's inaugural class heads into the world ready to tackle its challenges. 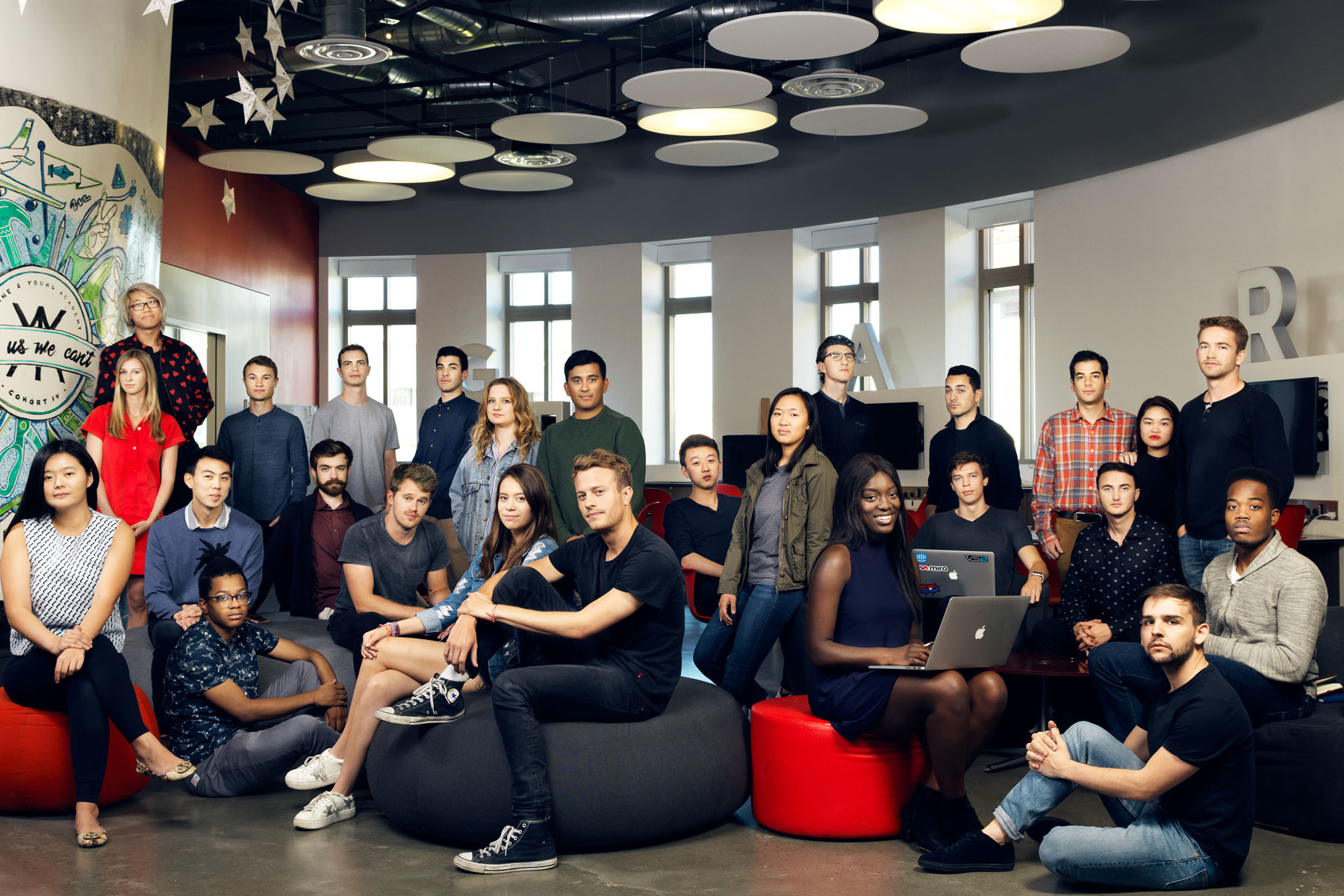 Caitlin Tran had a difficult choice to make — Silicon Valley or the Hill. The 21-year-old wasn’t even a college graduate and she was about to turn down a job offer from Facebook’s virtual company Oculus to work in politics, interning for the nonprofit the United State of Women in Washington, D.C.

But that’s the type of problem that graduates of the USC Jimmy Iovine and Andre Young Academy for Arts, Technology and the Business of Innovation have as they step into the world.

During their four years at USC, the 30 students in the USC Iovine and Young Academy Class of 2018 launched companies, interned at tech companies and served as guinea pigs for the first program of its kind.

The brainchild of record producer Jimmy Iovine and musician Andre “Dr. Dre” Young, the academy’s bachelor’s degree program aimed to spawn the kind of three-dimensional creators that the duo wanted for their headphone company Beats. 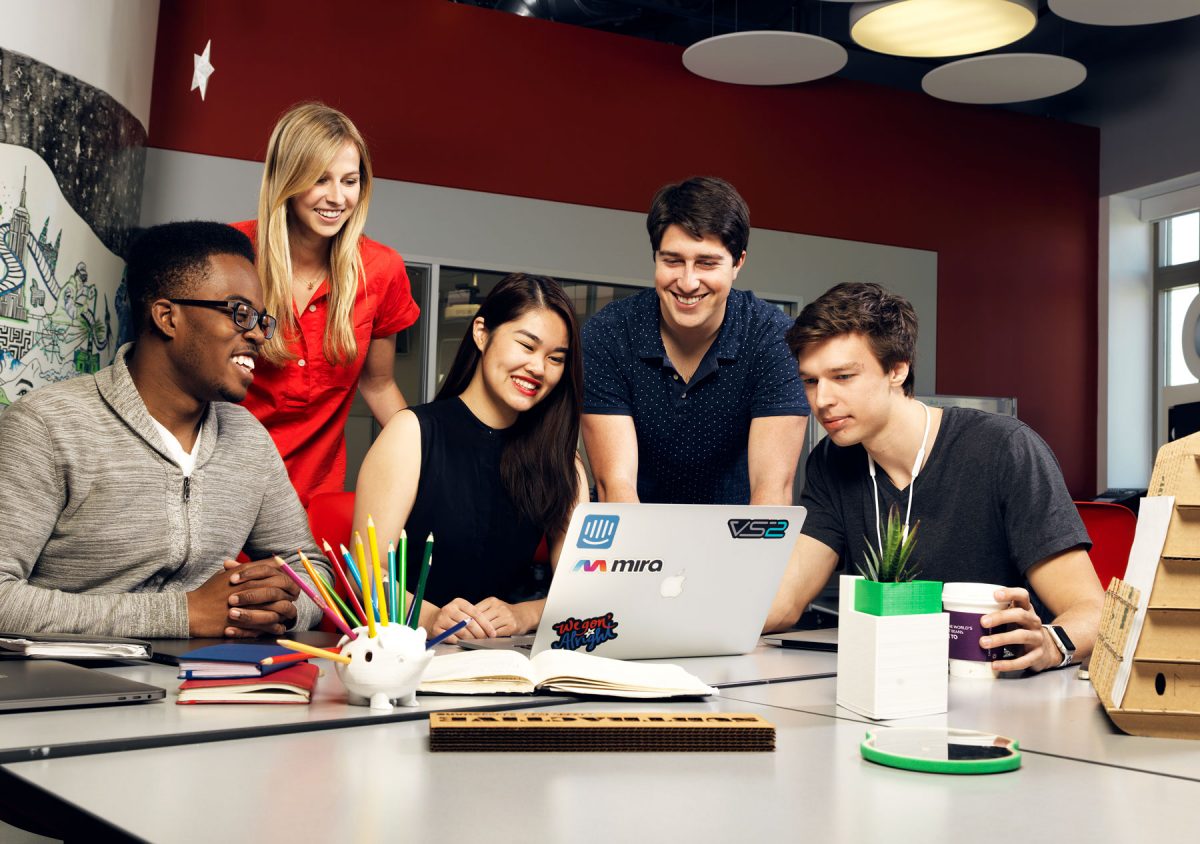 The program is a startup itself and functions like one.

Faculty front-load the academy’s curriculum, with the most important coursework being completed during students’ early years. That way, faculty can support students who want to spend a year at Apple or focus on their own company, like Mira. The first startup from academy students, the augmented-reality headset company is backed by well-known venture capitalists and musician will.i. am and has its headquarters in Downtown L.A.’s theater district.

“Our viewpoint is we bring them here precisely to do this,” says Erica Muhl, dean of the academy. “Why wouldn’t we do anything to help them achieve their dreams – at any time, not just after they graduated?”

Many USC Iovine and Young Academy graduates in this first graduating class say that the program was the answer they were seeking: If they hadn’t heard about the program, they likely would have dropped out of college after a year or skipped it all together.

“The life of my college counselor was very difficult,” Lucas McGartland says. McGartland, who went to a small, monk-run boys school outside St. Louis, was a maker. He started building Apple apps at age 12, designed the school’s newspaper and was on a robotics team that once built a Segway from scratch.

He wanted to move to Silicon Valley and work at a startup — to “Zuckerberg it” — but his parents encouraged him to think about college.

“There was a quote on the [academy] website that caught my attention. It was the Alan Kay quote, ‘The best way to predict the future is to invent it,’” says McGartland, who has since co-founded the startup Bee, a marketing platform that connects brands to its fans with contests and product launches. “That mindset — that you can’t wait, you have to go out and do it.”

It hooked him. And Thomas says applicants like McGartland are the norm.

“They all have this eclectic mix of skill sets that don’t fit anywhere,” Thomas says. “What’s interesting about that is that you can say the same thing about the faculty. None of us fit perfectly in the school we’re from.” 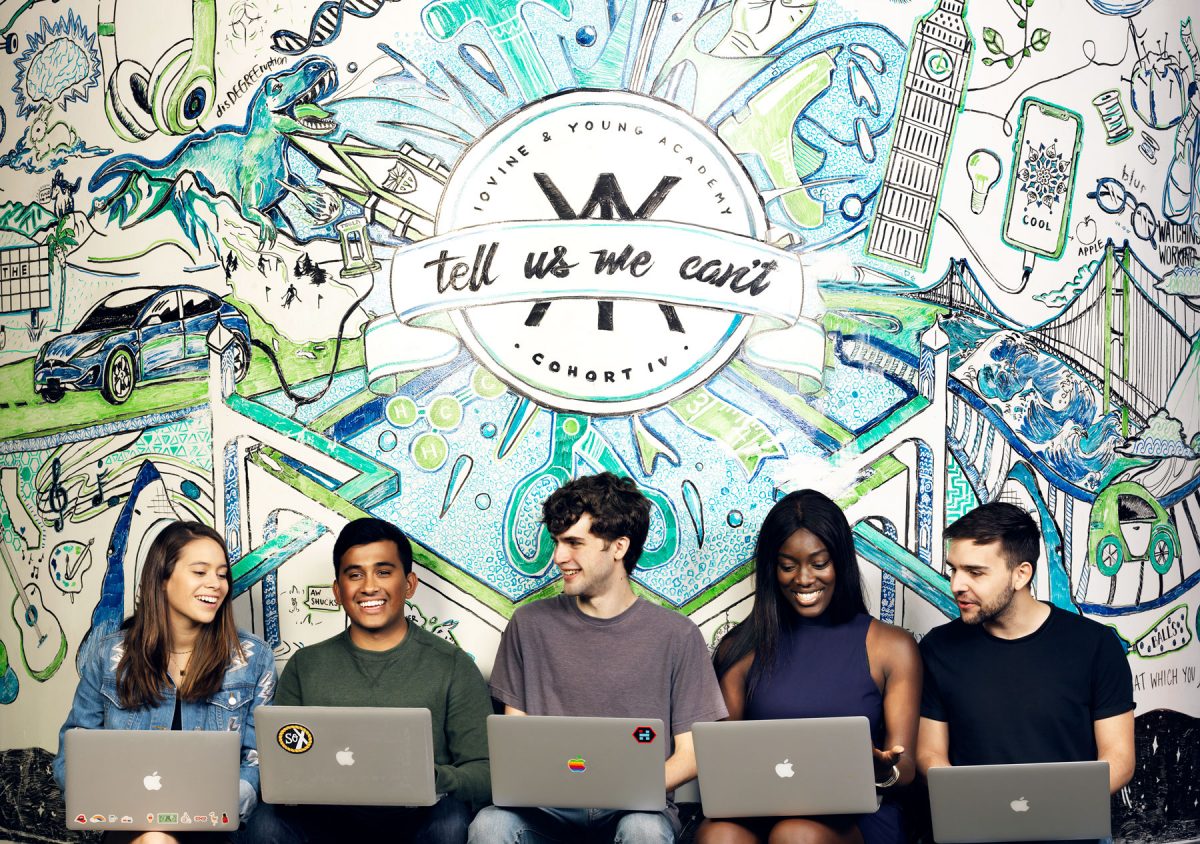 The USC Iovine and Young Academy graduates have set a high bar. This year’s applicant pool was the academy’s most competitive yet, with an 8 percent acceptance rate, largely due to a 50 percent uptick in applications.

“It certainly helped being part of USC,” Muhl says of the academy. “I’m not sure we could have launched this anywhere else with this kind of success.”

When they walk out the academy’s doors, USC Iovine and Young graduates won’t get culture shock. While at the academy, they’ve pitched folks from Toms Shoes and ViaSat, took trips to high-tech headquarters of companies like GoogleX and Dropbox, and worked collaboratively on teams.

“As an HR professional, you want that,” says Tami Rosen, a former human resources executive at Apple, who remarked on the uniqueness of the academy’s format. “No one works solo in companies. You want people who really collaborate or debate colleagues in a respectful way.”

For Tran, her experience at USC gave her the courage to take a risk: to choose meaning.

“You don’t necessarily need venture capital money to innovate or create change in the world,” she says.

Her decision exemplifies an unexpected trend in her cohort, Thomas says.

“We thought we’d be placing them in the usual places — Google, Facebook, Apple,” Thomas says. “We’ve found a number of them are actually turning those positions down. … They’re ready to go out in the world and really make a difference.” 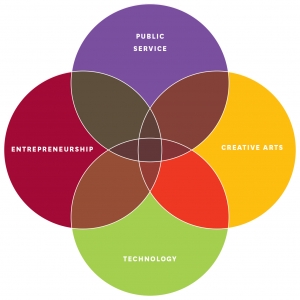 The USC Iovine and Young Academy welcomes its first class of innovators, artists and entrepreneurs. 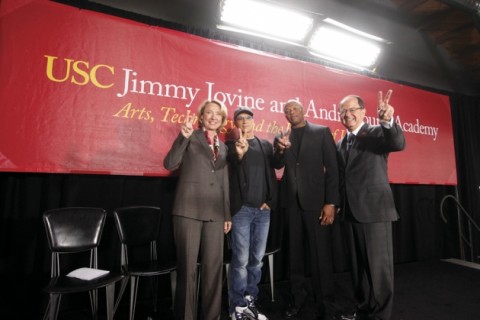 We will prepare stellar artists to be effective entrepreneurs and singular businesspersons to be great artists. 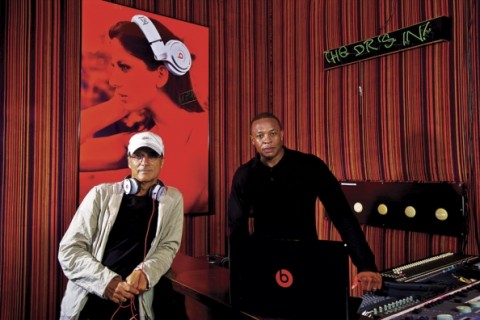