Bovard Auditorium is One of the Busiest—and Oldest—Venues in L.A.

The beloved auditorium has been a centerpiece for the Trojan Family for nearly 100 years.

More than 1,200 schoolchildren filled the auditorium inside the George Finley Bovard Administration Building. It was Dec. 20, 1956, and the children from across Los Angeles had been invited by USC students to enjoy a Christmas show (inset photo). On stage, USC students in holiday costumes entertained the youthful crowd during an evening of dinner and fun. In the original caption accompanying the photo, a reporter from the Valley Times—a daily newspaper published between 1946 to 1970— noted that the children were “entranced as they watched Bad Witch turn into Good Witch” after eating an apple.

Named after the university’s fourth president, the auditorium has been entertaining audiences of all kinds since it was completed in 1921. Over its nearly 100 years, Bovard Auditorium has held its share of student performances and played host to countless visiting luminaries, authors, performing artists and filmmakers. Among its highlights: a speech by civil rights leader Martin Luther King Jr. on Oct. 16, 1967. Today, Bovard Auditorium remains one of the oldest stage facilities still operating in Los Angeles.

The auditorium underwent an extensive renovation in 2003. The top-to-bottom overhaul included tripling the size of the lobby and updating the elevator. Inside, a new stage floor and curtain were installed, and acoustics, seating and stage lighting systems were upgraded.  Many of the building’s architectural details were restored, including its ceiling and decorative woodwork. The frosted-glass windows, which had long been covered over with fabric panels, were opened up and lit for a more natural look.

For George Bovard ’84, MA ’87, the opening of the building marked the end of his tenure as president as he faced declining health. His legacy and dedication to the university have continued to live on through his namesake, as the Italian Romanesque Revival design has become iconic to generations of Trojans. The building was a signature work of famed architecture firm Parkinson and Parkinson, which also designed the Los Angeles Memorial Coliseum and USC’s Physical Education Building. 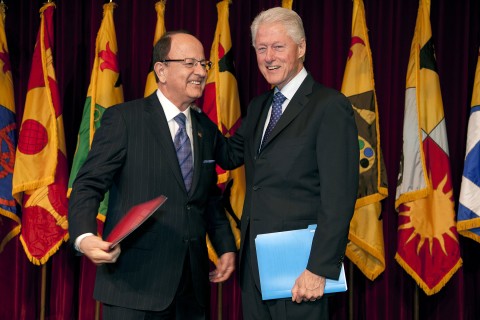 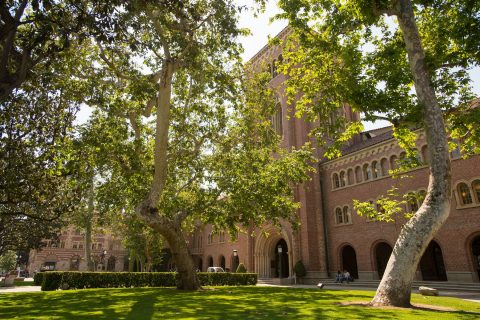 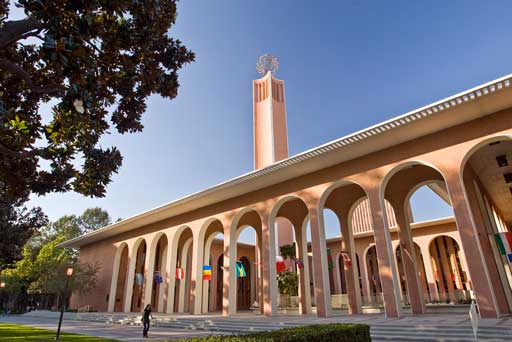 The 1880 Widney Alumni House had previously been given that designation.

Bovard Auditorium is One of the Busiest—and Oldest—Venues in L.A.