From peering into deep space to looking for signs of life on Mars, Trojans are going where no human has gone before.

Laurie Barge PhD ’09 was 7 years old when she became smitten with the blue beauty of Neptune. The first close images of the planet, televised through Voyager II, enraptured her. “I thought, I’ve never seen Neptune up close before,” she remembers. “No one had.” Today, as a research scientist in planetary chemistry and astrobiology, she studies the emergence of life on Earth and ways to search for life elsewhere, including on Mars. 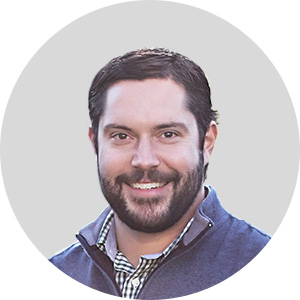 For Tom Harkins MS ’12, playing with Lego blocks as a boy put him on a path to space. The flight operations engineer at Northrop Grumman works on NASA’s James Webb Space Telescope, which is due to launch in October. “It’s always been kind of a fascination of looking into the unknown, that aura of mystery,” he says. “Especially with Webb, there’s pretty much a 100% chance that we’re going to make some breakthrough discoveries about the galaxies and stars and, if we’re lucky, potentially habitable planets.”

Barge, Harkins and many other USC alumni have built their careers around space exploration. Their search for life beyond Earth never gets old, even when projects take decades to complete.

“To think that my son or daughter might be around when a human lands on Mars, there’s nothing better in the world,” Harkins says. “If there’s life out there, or the potential for biological life as we know it, let’s find it.”

The launch of the Webb telescope is the next big thing that will push the horizons of space exploration. The scientific successor to the Hubble Space Telescope will soar into deep space — more than 1 million miles from Earth. Among its goals: to explore the birth of stars, the first light to glow from galaxies and the evolution of our solar system. It might even be able to detect signs of life from far-off planets. 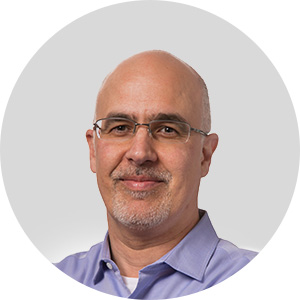 “We’re doing something that was never done before. This isn’t taking an existing telescope design like Hubble’s and saying, hey, let’s make it a little bigger,” says Scott Willoughby MS ’91, vice president and program manager for the Webb Telescope Program at Northrop Grumman. “This, in and of itself, was a journey of creation — invention, invention, invention.”

The challenge was mind-boggling: Engineers had to create and test an expansive structure that could work in a vacuum, at zero gravity and at temperatures so super-cold that oxygen and nitrogen — normally gases — become liquid. The telescope’s sunshield alone is the size of a tennis court.

Willoughby has worked on Webb since 2009 and likens the project to raising a child: “We won the program in 2002 and we’re going to launch it in 2021. It’s a voting-age kid that we’re trying to move out of the nest and into orbit.”

When Webb launches, he’ll have spent 12 years on the mission. “I know those who worked on this project will move on to great things, get promotions and some will lead programs of their own,” he says. “I hope they’re proud and take their time and experience on to future missions and inspire the next generation.” 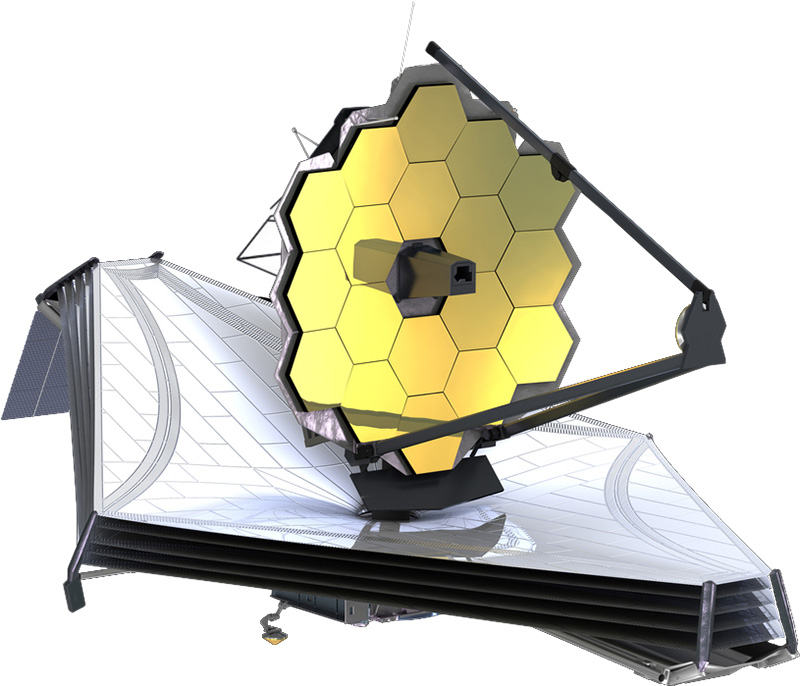 A 3D illustration of the James Webb Space Telescope shows its gold-lined sun shield fully open. It will be the largest and most powerful telescope launched into space. (Photo/iStock) 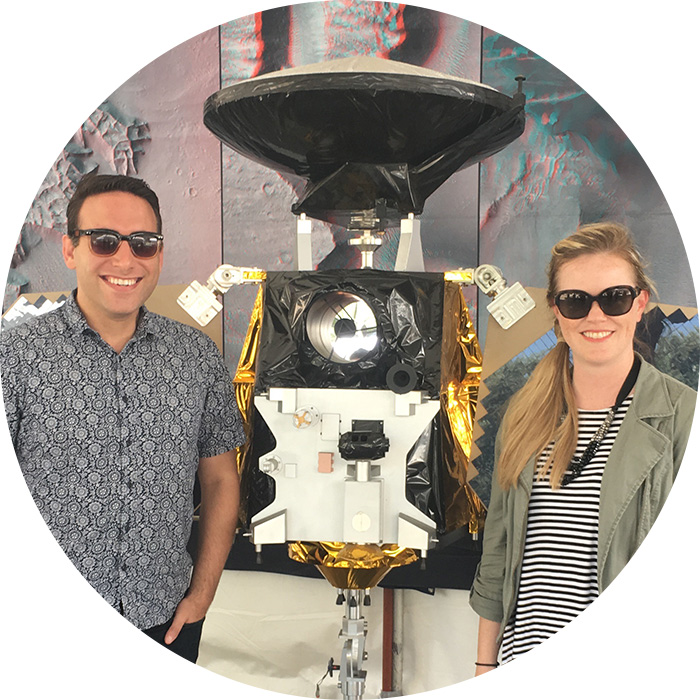 Even with their sights set on the stars above, Laurie Barge and Scott Perl PhD ’19, also stay grounded. Perl is a research scientist in geobiology and astrobiology whose work on planetary missions includes the Mars Exploration Rover, the Mars Reconnaissance Orbiter and life detection methodologies. Together, Barge and Perl run the Origins and Habitability Lab at NASA’s Jet Propulsion Laboratory in La Cañada Flintridge, California. They study clues in minerals, water and rocks to understand how life began on Earth — and how to find habitable environments and microbial life beyond our planet.

“In some ways, the search for life and studying its origin is a similar question, because in both cases you’re trying to identify what life is and how you would know it if you saw it,” Barge says.

That’s not necessarily a simple question, says Perl, who studies minerals and rocks in some of our planet’s most extreme environments. We may hold an inherent bias that life beyond Earth would have similar features to life here, but what lives elsewhere may look much different. “We would benefit from an agnostic approach to validate biology in addition to detecting it,” he says.

That’s why the astrobiologists keep an open mind about what constitutes life. Evidence of the smallest cellular lifeform and microbial community could help answer humankind’s biggest questions about where we came from — and if we’re alone in the universe.

Is the Moon the Next Marketplace? 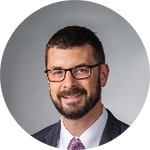 Pushing boundaries is what space exploration is all about for Joe Landon MS ’03, vice president of advanced programs development for Lockheed Martin. He leads a team that develops technologies to enable future space exploration missions like NASA’s Artemis program, which aims to land the first woman and next man on the moon. He wants to build a space economy.

“What I’d like to see is economic activity happening on the moon or in the Earth orbit,” he says. “Maybe we’re using resources from space to build things or an in-space infrastructure to support exploration.”

An astropreneur who graduated from the USC Viterbi School of Engineering, Landon co-founded an investment firm that finances promising space-related businesses. “It has been less in the public eye, exploration in particular, but I think there’s an opportunity for the U.S. and other countries to bring space back to the level of public excitement and investment that it had in the Apollo era,” he says.

“There’s a big opportunity for growth,” he adds. “It’s like a new continent or a new planet. To set up a new economy on the moon, how cool would that be?” 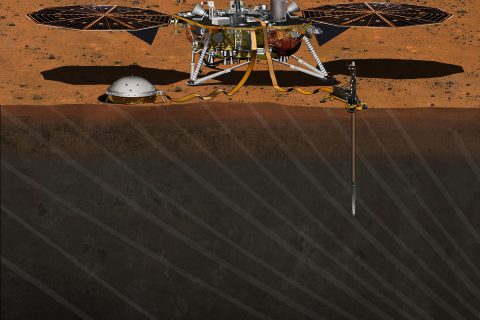 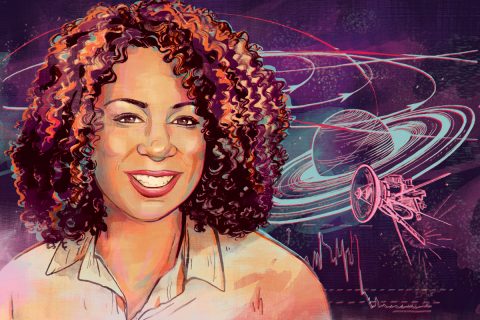 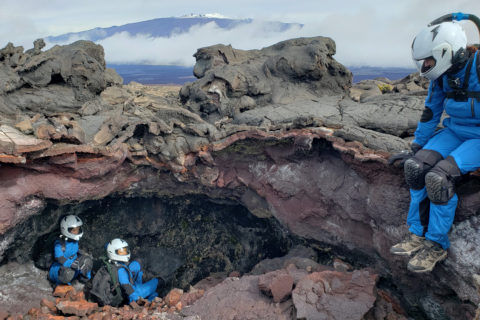 On a remote volcano slope, Adriana Blachowicz PhD ’19 studied how fungi — and humans — might fare on other planets.