When one of LAFC’s soccer players chips a tooth or hurts his jaw, a dental team of USC grads stands ready to help.

With two minutes left to play, Los Angeles Football Club — known as LAFC by fans — trails its crosstown soccer rival, the L.A. Galaxy, by a goal. Two players stretch for a ball in the air and their heads collide. As the LAFC player lies on the field clenching his mouth, medical personnel rush onto the field.

They’re the on-call dental team for LAFC. Familiarity with the fast-paced world of competitive sports is key for these professionals, all of them alumni from USC’s dental school. “The importance of understanding injuries that can occur during practice, training or games really only comes from past experiences in similar sports,” Ochiai explains.

The Trojan dental team’s sports dentistry knowledge comes from extensive experience in the amateur and the elite circuit, including with Chivas USA, Occidental College Athletics and U.S. Olympic teams.

But it’s not just emergency care that the LAFC dental team provides. During preseason, the Herman Ostrow School of Dentistry of USC graduates conduct dental screenings and recommend mouthguards, which aren’t required during play. “Since many of the players come from all over the world to play with LAFC, they often do not have a regular dentist, so we become a dental resource,” Nishikawa says.

Though they’re sports fans, the dentists admit that LAFC goals aren’t the only things that get them pumped up during the game.

“I made a mouthguard for one of the LAFC players during preseason screenings. On the stadium’s big screen monitor, I saw him take off the guard, then replace it,” Nakamura says. “It was a thrill to know that someone took to heart our recommendations to protect their teeth and mouth. Hopefully, as a role model, they’ll encourage younger players to do the same.” 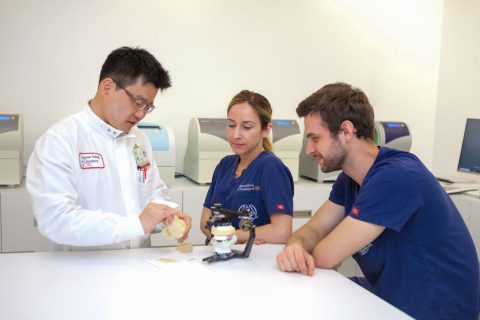 Ostrow School of Dentistry faculty member aims to change the way prosthodontics is taught at USC. 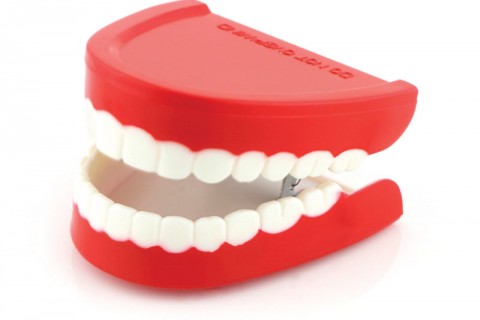 How Dentists of the Future May Fix Your Teeth

From gum collapse to early tooth decay, these dental researchers see a bright future for your teeth. 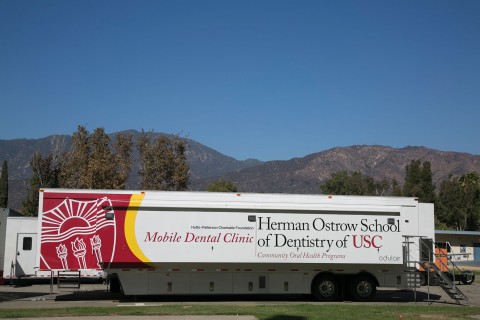 Dentists travel to patients thanks to the Herman Ostrow School of Dentistry of USC’s mobile clinics.