She never meant for him to see her instant messages — but it turned out to be the start of their Trojan love story. 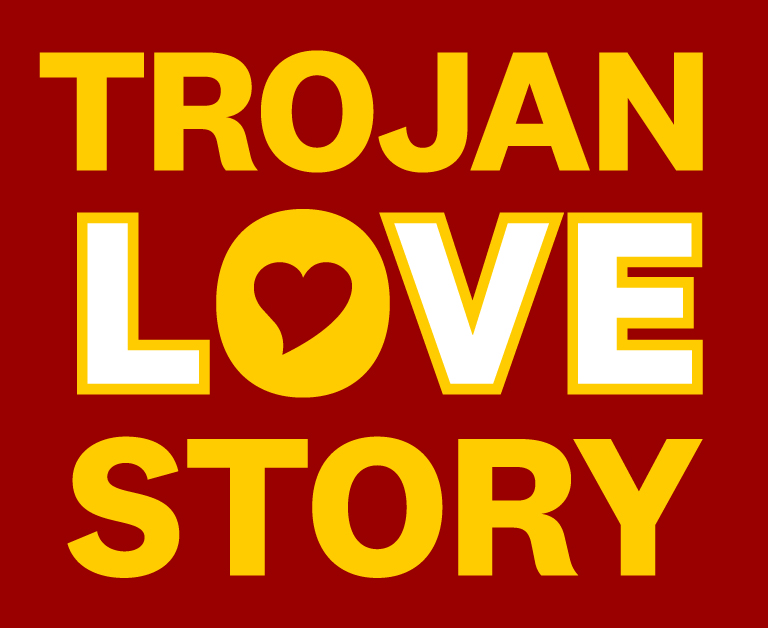 USC has sparked countless
love stories — tell us yours!

When he heard the soft chirp from his coworker’s computer, Michael Odoca ’05 recognized it immediately. Like practically every college student in 2004, he knew the unmistakable sound of a notification from AOL Instant Messenger. His coworker had stepped out for a break and must have left an AIM chat window open.

He peeked out of the corner of his eye and saw his name.

By the time Teri Tran ’04 came back to her desk, Mike was standing over her computer. “I saw a smirk on his face, and I knew something had happened,” she says.

Mike pointed at the screen and asked, “Can you explain this?” She looked at her AIM window and saw he had pulled up her chat with a friend. They had been talking about Mike — and he had seen the whole thing. She knew she was busted, so she did the only thing she could think to do: She turned and ran away.

Friendship or Flirtation? An Intercepted Chat Reveals All

Sixteen years later and happily married with two children, the former coworkers still tease each other about the story. It’s been a while since they were computer lab assistants at Waite Phillips Hall, and they still disagree about some minor details of the day Mike caught her red-handed. But they both agree on one thing: It was the turning point in their Trojan love story.

Before that, Teri says she only thought of him as a “little brother type, since he’s a year younger than me.” She knew Mike had moved far from his family in Guam to attend USC. Whenever she drove to Monterey Park to get Asian food, she always offered to bring some back for him.

She swears the gesture was purely friendly, pointing out that she also brought food back for their other coworker from Hawaii, but Mike insists it was definitely more than platonic. Eventually, Teri began to suspect he might like her, so she turned to AIM to discuss the situation with her friend.

A Coworker Crush with a Happy Ending 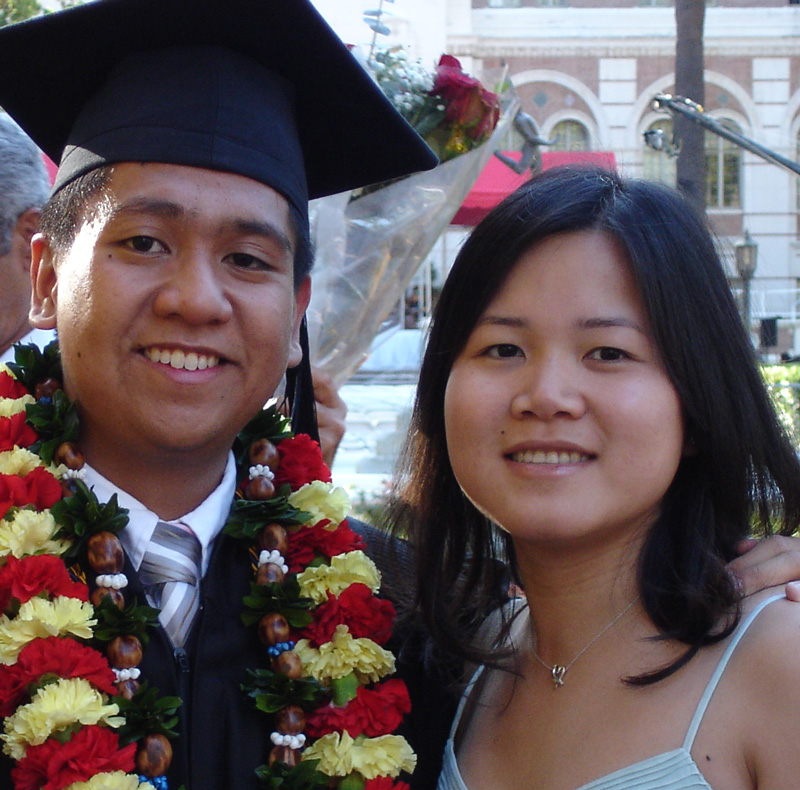 Michael Odoca and Teri Tran met as coworkers in a computer lab at USC. (Photo/Courtesy of the Odoca Family)

To this day, Mike laughs when he says he has “no regrets” about looking at Teri’s computer. Convinced that she had been flirting with him all semester, he had been looking for an opening. Emboldened when he saw his name in her chat history, he jumped at the chance to find out what she thought of him. He quickly sent an AIM message asking which Mike her friend was talking about.

“My friend thought it was me and wrote back, ‘Mike, your coworker,’” Teri says. “He didn’t just peek at my chat — he struck up a conversation pretending to be me!”

Embarrassed, she ran away from the lab. But she didn’t get very far before Mike caught up and asked if she wanted to date.

Even though she thought he was a good person, the accounting major hesitated. She would graduate in a month and didn’t know if she’d be moving far away for grad school. Why start a relationship now?

Actually, Mike wasn’t sure where he’d be after graduation either. A junior majoring in political science and sociology, he wanted to go to law school. So they decided to give it a shot for a year; if it didn’t work out, they’d go their separate ways with no hard feelings.

Luckily, their relationship weathered time — and distance. She drove up from Orange County to see him until he graduated. Later, they took turns making weekend visits while Mike was in law school in the Bay Area. Now Mike, a partner at a law firm specializing in employee benefits, and Teri, an accounting manager, are settled happily in Orange County with their daughter Madison, 5, and son Cameron, 2.

The Odocas stay busy raising their young family, but in 2016 they took Madison to see the University Park Campus. They showed her famous landmarks like Tommy Trojan, and they made sure to stop by the most important spot on campus: the basement computer lab in Waite Phillips Hall where it all started. 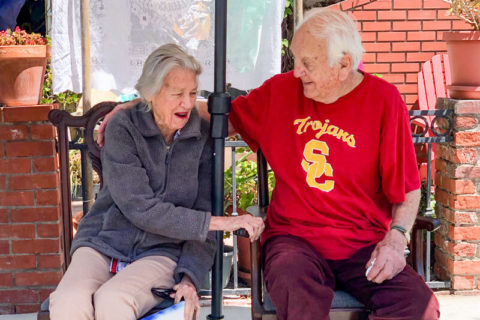 Sixteen years of love and happiness between Teri and Michael Odoca started with an online chat message in a USC computer lab. (Photo/Courtesy of the Odoca Family) Trojan Love Story

Sixteen years of love and happiness between Teri and Michael Odoca started with an online chat message in a USC computer lab. (Photo/Courtesy of the Odoca Family) Campus Love Stories

Sixteen years of love and happiness between Teri and Michael Odoca started with an online chat message in a USC computer lab. (Photo/Courtesy of the Odoca Family) Trojan Love Story