A handsome young officer with a perfect coif of jet-black hair, Arieh Warshel was dubbed the “Late James Dean” by his fellow servicemen in the Israeli Army. At age 27, he fought in 1967’s Six-Day War, catching a Syrian bullet that blew off his helmet and nicked his right ear in the Golan Heights while he was handling communications for the commander of a tank battalion on the last day of fighting.

The scar on his ear is barely visible today. Perhaps more noticeable is the unexpected impact that his military service had on his scientific career. It was an army buddy from officer training who nudged the ambivalent Warshel toward studying chemistry during his military stint—all because Warshel was thought to have a good eye for color.

“First of all, I don’t have good color vision,” Warshel admits today. “He assumed that since he had glasses and I did not … He thought that chemists should see colors. You know, you used to have these test tubes, and do analyses.”

Regardless of the reasoning, it somehow worked out. In away, it’s symbolic of Warshel’s charmed life, a 73-years-long-and counting journey driven by Warshel’s faith that curiosity and hard work will steer you down the right path. In October, that journey led him to the 2013 Nobel Prize in Chemistry.

During the 1960s, when Warshel was starting his academic career as a chemist, computers were about the size of a refrigerator but less powerful than the cell phone in your pocket. The thought that scientists could use them to understand the chemical actions of enzymes—substances critical to how the human body functions— was shocking, even laughable. Fifty years later, you can get your PhD in computational chemistry.

Warshel saw the potential of computers early on. With a small cohort of like-minded scientists, he pushed the boundaries of what those then-lumbering machines could tell us about the natural world. 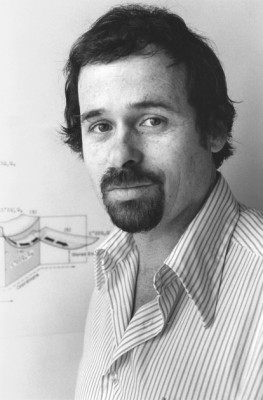 Warshel—together with colleagues Martin Karplus of the Université de Strasbourg in France and Harvard University, and Michael Levitt of Stanford University—received the 2013 Nobel Prize in Chemistry “for the development of multiscale models for complex chemical systems.” The trio pioneered the concept of using computers to model chemical processes in biological systems—essentially taking experiments out of the test tube and into the machine.

In the words of USC President C. L. Max Nikias at Warshel’s Nobel press conference: “They have forever transformed the field of chemistry and forever changed our understanding of the world. Through their work, they have combined quantum and classical mechanics, describing the delicate dance between atoms and electrons that are at the heart of all chemical reactions.”

The honor—the highest a scientist can achieve—goes beyond recognizing three brilliant scientists. It represents the academy’s validation of their concept, a win after a long battle. Even as computer modeling improved with new technology, many in the scientific community believed that computer modeling in chemistry was only good for generating pretty images to accompany journal articles—not to investigate actual scientific questions, Warshel says.

Asked why he persevered despite the doubters, Warshel gives a self-effacing laugh and answers: “There was nothing else to do.”

“He had to fight back a lot of the skepticism,” says Chi Mak, chair of USC Dornsife’s Chemistry Department. “Arieh has had to endure and he has had to persevere. But he is very persistent, and he proved the entire world wrong. That’s why this is such a precious and sweet victory.”

Born in 1940 in Kibbutz Sde-Nahum before Israel achieved independence, Warshel is the oldest of four brothers. His mother and father had emigrated from Poland in 1929 and 1936, respectively, and helped build the kibbutz—an Israeli commune focused, at the time, on agriculture. Warshel’s education was less formal than that of big-city children, but group life with the other kids in the kibbutz fostered a competitive streak that complemented his curious nature, helping to build his hard-fighting drive.

While he was at the Technion, Warshel met Tami, a girl from a town north of Haifa. They would marry, and she would be by his side through the decades of groundbreaking research ahead. “I have been so involved in his work. Not as a scientist, but because he shares everything with me,” Tami Warshel says.

The couple had two daughters together, and both young women earned their doctorates. But when they asked for their father’s guidance on which specific courses they should take, he had an unsurprising reply.

“I didn’t have any advice because I don’t think you can make any prediction,” he says. “My answer is it does not matter. You have to try to do your best, and then you will probably find out your direction.”

Warshel found his own direction during graduate studies at the Weizmann Institute of Science in Rehovot, Israel. There, he studied under chemical physicist (and fellow kibbutznik) Shneior Lifson. At Weizmann, Warshel connected with Levitt, with whom he would share the Nobel decades later. “We really are like scientific brothers,” Levitt says.

At the time, the men set out on a scientific hunt to better understand the structural features and vibrations of molecules. That’s straightforward in a small molecule, but many important molecules comprise many rings of linked atoms. Each bond in the chain depends on the next, creating many variables to deal with, Warshel explains.

Warshel plotted each atom in three-dimensional space, instead of describing the molecules by their bonding pattern, and boiled the problem down to a single equation that could be solved by the institute’s computer, nicknamed Golem (named, incidentally, after a creature in Jewish folklore brought to life from clay). The work eventually led Warshel and his colleagues to a huge leap.

Computers could use classical physics to study the “quiet” part of molecules—a task that demanded comparatively little computer effort. But Warshel and his colleagues combined that with quantum mechanics to study the chemically active part of molecules—a feat that demanded more number-crunching power from computers, but that also allowed them to study bondbreaking and bond-making reactions.

In 1976, Warshel was recruited to teach at USC Dornsife with the support of Gerald Segal and Phillip Stephens, at the recommendation of Otto Schnepp. (Segal and Schnepp are now professors emeritus of chemistry at USC; Stephens died in 2012.) Schnepp had previously collaborated with Warshel on a paper that used computer modeling, and though Schnepp expressed doubts about the process, he was impressed with the results.

Warshel’s molecular modeling has potential applications throughout the chemical world, from new drugs to fight cancer and HIV/AIDS to building better solar cells, but in typical Warshel fashion, he cares mainly about the science.

“The thing that makes me most excited is not to find a cure, but to understand how things are working,” Warshel says. Even when asked about the impact of his work on other fields, Warshel shrugs modestly. “I was mainly just curious.”

His inquisitiveness and drive have not gone unrecognized. During his time at USC, Warshel has been named an Alfred P. Sloan fellow, a fellow of the Biophysical Society, a fellow of the Royal Society of Chemistry and a member of the National Academy of Sciences.

He won both the annual award and the president’s award of the International Society of Quantum Biology and Pharmacology, as well as the Tolman Medal and the Royal Society of Chemistry’s Soft Matter and Biophysical Chemistry Award. He also recently earned the American Biophysical Society’s Founders Award. Warshel has been so productive and influential that his “h-index” of 100 puts him in a small class of the world’s elite scientists. (The h-index is a tool for measuring research impact; a score of 100 means he’s published 100 papers that have been cited at least 100 times by other scientists, a sort of academic grand slam.)

USC Dornsife Dean Steve A. Kay points out that Warshel earned the accolades because he is driven to find scientific answers out of inquisitiveness. “This shows the value of curiosity-directed research,” Kay says. “And it shows the value of an education at USC. Students here were able to participate in this research.” (Warshel also teaches a first-year general chemistry course for undergraduates.)

Warshel’s award marks the second Nobel Prize awarded to a USC Dornsife chemistry professor in 19 years. The first was awarded to George Olah, Distinguished Professor of Chemistry and Chemical Engineering and Materials Science and Donald P. and Katherine B. Loker Chair in Organic Chemistry. Asked for his advice for Warshel in the wake of the prize announcement and the many demands for speaking engagements that follow, Olah says: “There is one thing that he must learn, and that’s to say no.”

Warshel, for his part, says he hopes the Nobel will help unlock doors for additional funding for computational chemistry. He recounted past proposals for research into ways to fight cancer and drug resistance that had been dismissed as too exotic by funding agencies—much the way his original computer modeling work was once dismissed.

G.K. Surya Prakash, one of his colleagues in the chemistry department, expressed his confidence in Warshel’s future efforts.

“He’s a heavyweight, but he’s been really underrated,” Prakash says, “until now.” 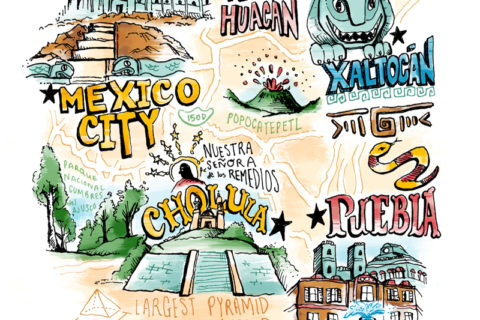 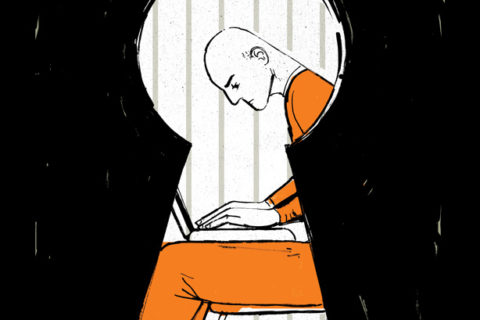