The former Marine platoon sergeant worked full time to support a young family while studying at the USC Marshall School of Business.

Since then, Schoen and his wife, Sharon, continue to demonstrate their unwavering commitment to veterans and others through several family-oriented programs. The Schoen Family Scholarship Program for Veterans Endowment at USC is just one of the many initiatives funded by their charitable organization. It helps veterans pursuing undergraduate degrees at USC Marshall or the USC Viterbi School of Engineering, as well as students in USC Marshall’s full-time MBA program.

“I want to make it easier for those who come after me, out of gratitude for what USC gave me,” says Schoen of the scholarship program. He traces his love for the university back to his Southern California childhood in East Los Angeles and Arcadia. Born during the Depression, he dropped out of high school as a sophomore so he could work to support his family. He changed his birth certificate to join the Marine Corps at 17, serving a combined total of eight years of active and reserve duty. A partial scholarship and full-time jobs helped him pay for his undergraduate and graduate degrees at USC while supporting his wife and their children.

In recognition for his leadership and philanthropy, the USC Alumni Association named Schoen as the recipient of this year’s Asa V. Call Alumni Achievement Award, its highest honor for alumni. He was recognized at the 83rd Annual USC Alumni Awards on April 16 in Los Angeles, which recognized a variety of stellar Trojans (pictured below). The honor surprised Schoen, whose unassuming attitude about his own success is summed up by the maxim “the harder I work, the luckier I get.”

It’s a way of thinking that he’s passed on to his children as well as to the graduate students in the leadership class he teaches at Florida Gulf Coast University. He recalls receiving the phone call from USC President C. L. Max Nikias notifying him of the award. The humble entrepreneur scanned the list of past recipients such as Neil Armstrong ’70 and Marilyn Horne ’53 and felt overwhelmed. “All these famous people have done so much for their country and their industry. I questioned why I would receive it, because I was just doing what I normally would do with my life,” he says.

The Origins of Giving

Two decades after graduating from USC, Schoen joined the board of directors of Health Management Associates. He went on to become CEO and chairman of the board in 1986. The Florida-based corporation owned, leased and managed a network of 73 acute care and psychiatric hospitals and became a Fortune 500 company. The Schoens’ charitable foundation has provided financial support to more than 200 veterans.

“Bill Schoen stands among USC’s most dedicated supporters and is a tremendous friend to our community,” Nikias says. “He and Sharon have taken a special interest in our veteran students through their generous funding of scholarships for veterans. Their philanthropy benefits so many of the brave servicemen and women who have served our nation, and will have an enduring impact for generations to come.”

Giving back is fundamental to his philosophy, Schoen says. “I feel very strongly that everything I have worked for or earned is basically leased to me,” he says. “I don’t own them. They’re leased to me by the next generation, and my proposition in life has been to assist other people who are not as fortunate.”

In addition to William Schoen, six stellar alumni were feted at the 83rd Annual USC Alumni Awards, held on April 16. 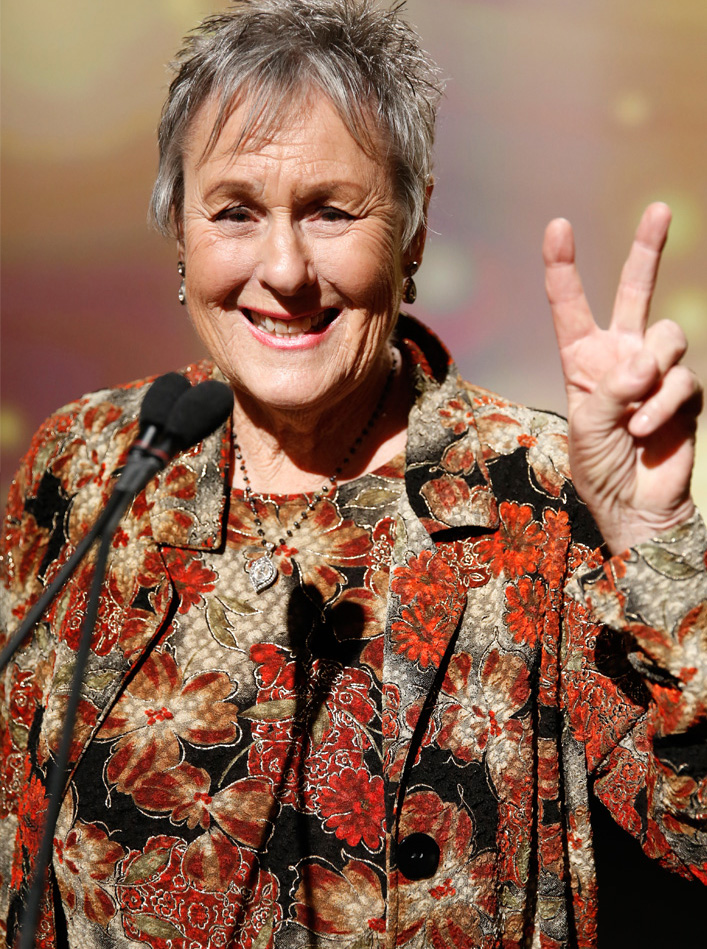 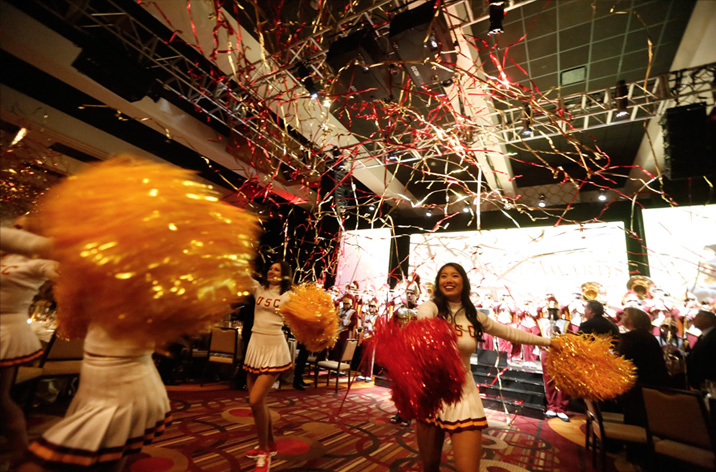 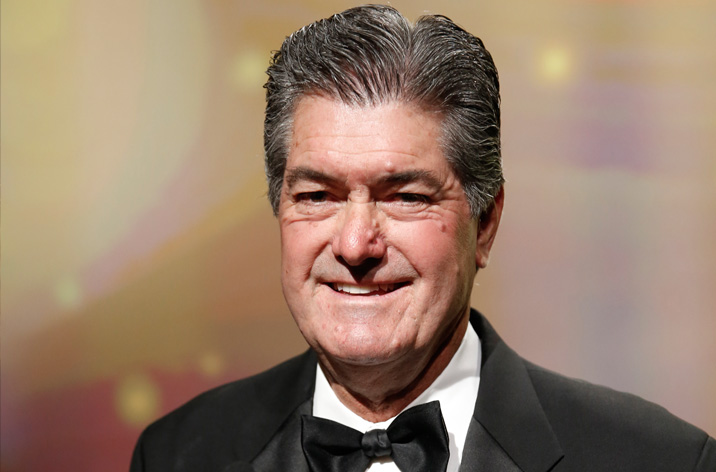 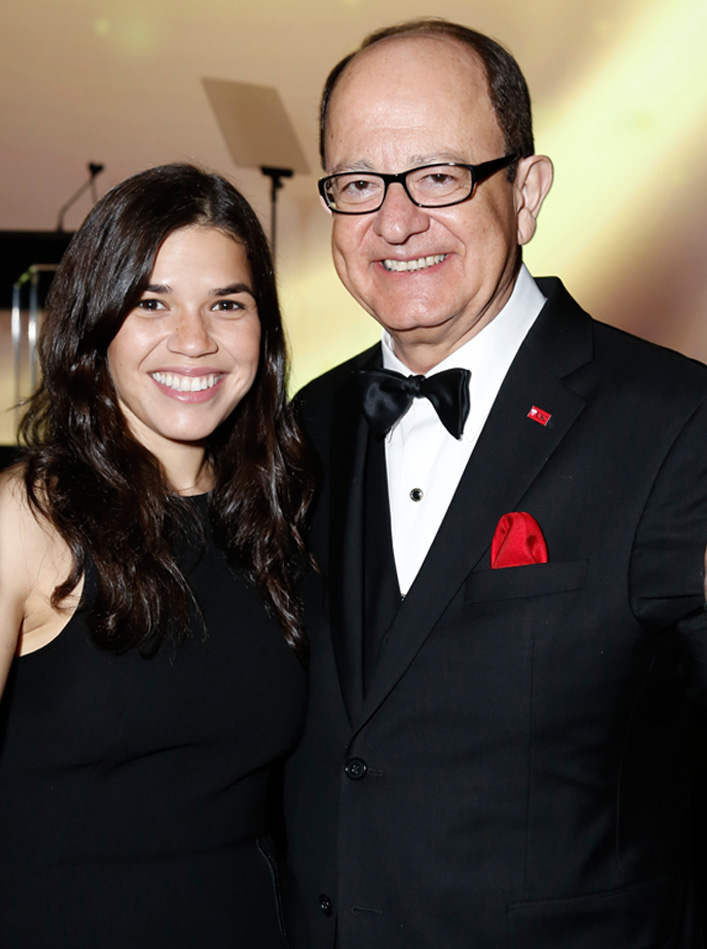 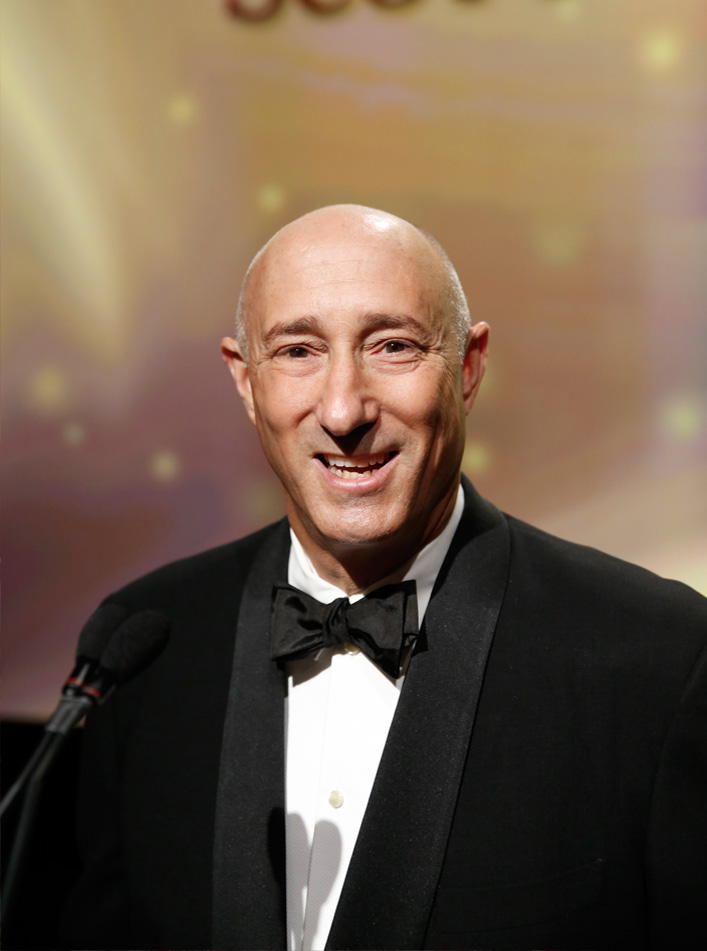 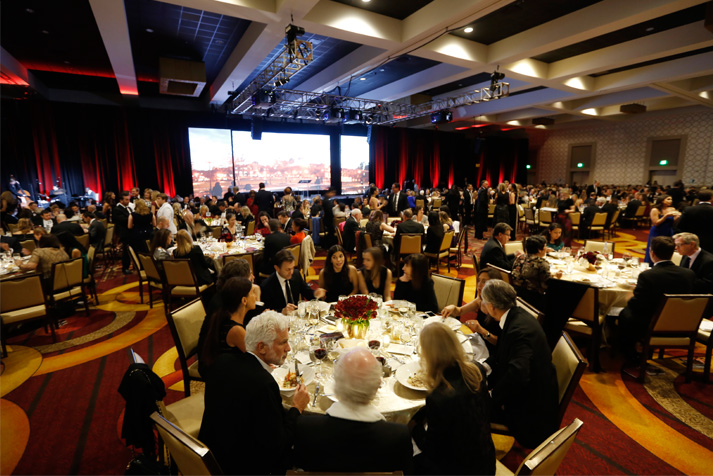 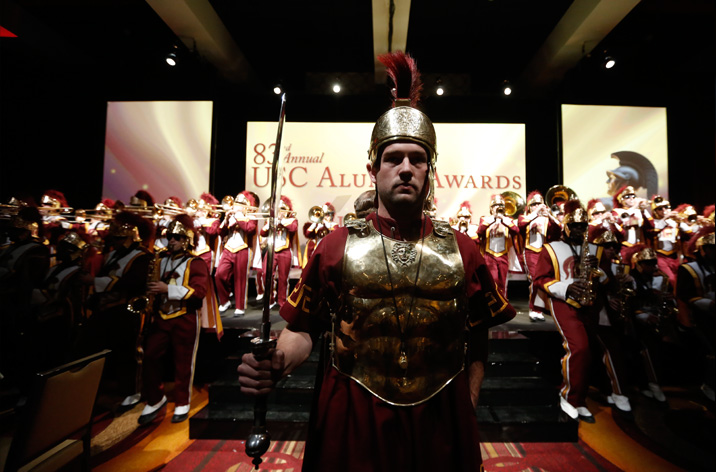 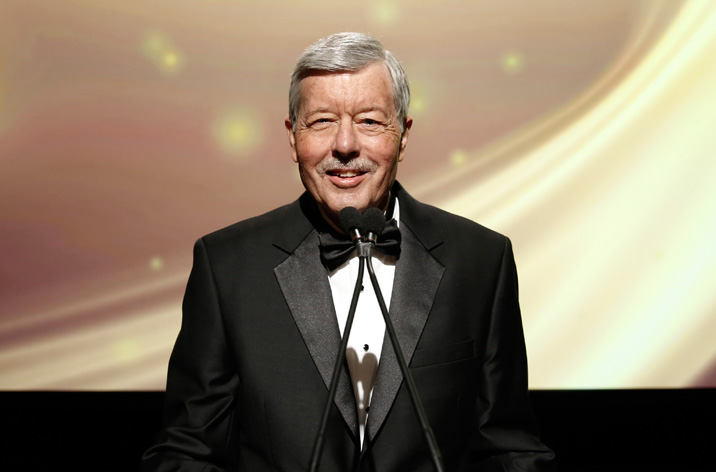 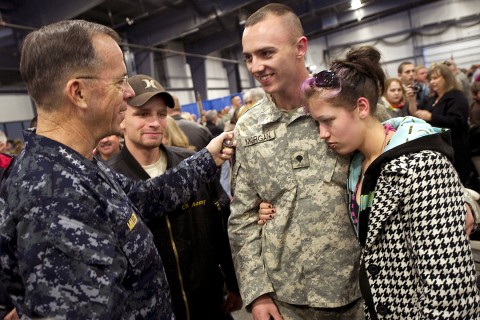 Three-year study at USC will examine ways to meet the needs of veterans and families. 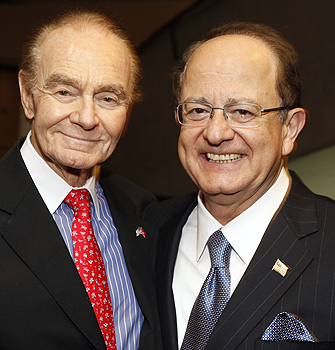 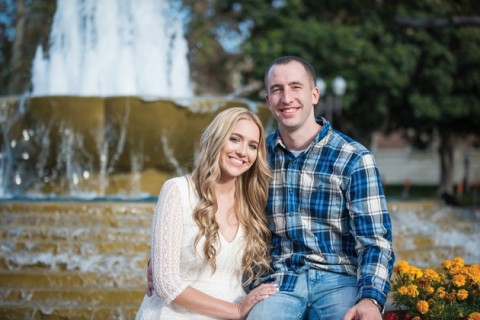