A trained violinist and scientist, Chang wanted to bring an “acoustic sound and feeling to electronic music.”

“When you’re playing the violin, subtly changing how you finger a string or bow dramatically changes the output, timbre and color of sound that comes out,” Chang says.

So he created an electronic instrument that did just that.

The Cicada has two parts: a hollow soundboard made of wood or foam, and a vibrating actuator. The two are connected by a bridge that oscillates, amplifying the vibrations to create a unique audio effect.

This is very much bio-inspired, because cicadas implement very similar techniques to do their mating call.

The origin of the name “Cicada” comes both from the way it looks—the bridge has a cicada wing etched into it—and what it does: It vibrates in the same way that insects produce a loud and recognizable sound in the wild.

“This is very much bio-inspired, because cicadas implement very similar techniques to do their mating call,” Chang says.

The Cicada creates modulation—changing from one tonality to another—acoustically, a powerful technique in electronic music. Anything from an instrument to a computer program or a synthesizer can be plugged into the Cicada, which then alters the sound.

Chang says he’s seen musicians, DJs and audio engineers use Cicada in innovative ways. Artists sing into it or pluck the bridge with a guitar pick. “Once [musicians] get their hands on it and start playing with it, that’s when the addictive exploration phase starts,” he says. 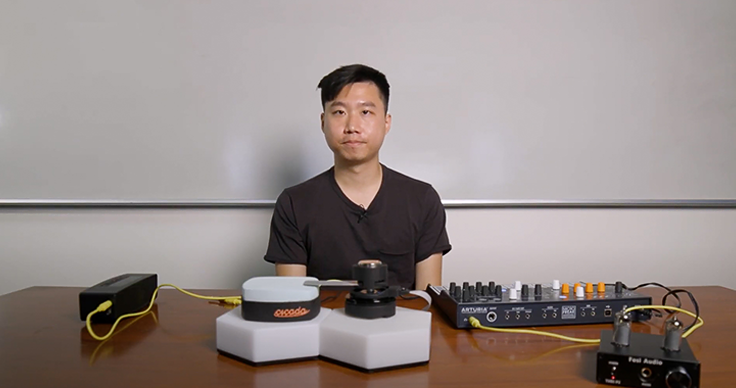 A trained violinist and scientist, Ho-Chun “Herbert” Chang PhD ’23 co-created the Cicada because he wanted to bring an “acoustic sound and feeling to electronic music.” (Screenshot/USC Photo)

The idea for Cicada started when Chang was an undergraduate at Dartmouth College in Hanover, N.H. Chang, interested in music and mathematics, found a research opportunity that combined both in the computer music department. He began working with Spencer Topel, a music professor at Dartmouth, who became his Cicada co-creator.

“My contribution was creating the mathematical formula from the motion of the bridge into the signals that would be produced,” Chang says.

Chang is still affiliated with the Mathematical Humanities Lab at Dartmouth as an associate scientist even as he’s working toward his doctorate in communication at the USC Annenberg School for Communication and Journalism. At USC, he’s studying polarization, misinformation and behavior modeling of inequality with machine learning—all of which, Chang acknowledges, are heavy topics.

He calls the Cicada “a much more introspective and artistic way of exploring human-machine interaction.”

What’s next for the Cicada

The Cicada system, which sells for less than $1,000 for a basic model to $2,700 for a full system with accessories, is already used by artists including sound designer Richard Devine and producer Julia Govor. In the spring, Cicada won the Judge’s Special Award at the Georgia Institute of Technology’s 2022 Guthman Musical Instrument Competition, an event dedicated to identifying the newest and greatest ideas in music.

The Cicada is the culmination of three things—music technology, architectural design and engineering.

Chang hopes to connect with the highly regarded music, architecture and engineering programs at USC to continue developing Cicada so that the instrument can make its way into any medium that creates feeling through sound.

“The Cicada is the culmination of three things—music technology, architectural design and engineering—and these are three schools that USC has a really wonderful professional presence in,” Chang says. “USC provides an unprecedented level of immersion in all three of these aspects … so I hope to continue to develop these ideas here.” 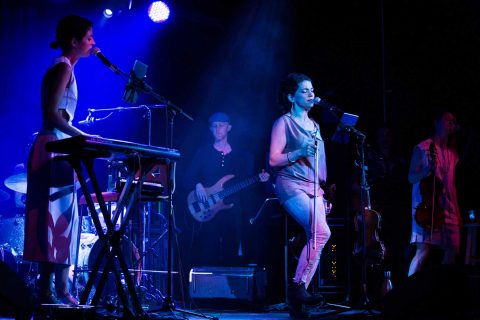 Adam Clayton Powell III, an expert in new media, will lead the USC Viterbi School of Engineering’s Integrated Media Systems Center into its next phase, calling for research into societal needs.