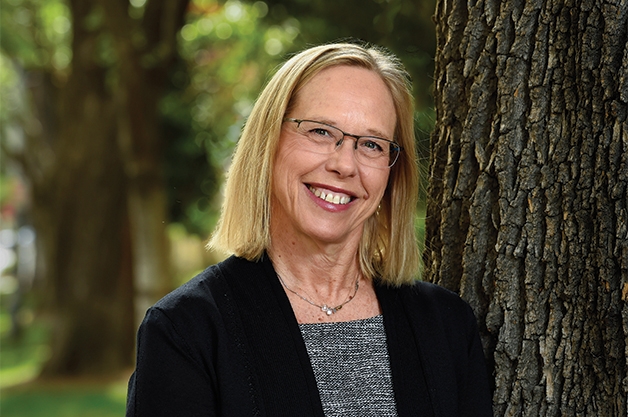 A former United Nations ombudsman has worked to combat some of humanity's greatest challenges.

Always a dedicated student, Georgia Shaver ’77 never imagined that she would have to stand up for herself in the classroom. Shaver was a model scholar at USC Dornsife College of Letters, Arts and Sciences, majoring in French and international relations, and she belonged to Alpha Gamma Delta. Yet one her professors began to single her out during class for no apparent reason, leaving her bewildered.

She had no option but to speak up for herself. Little did she realize that the incident would serve as a stepping-stone to her future career in the United Nations.

“As soon as I confronted the issue with him, his relationship with me changed completely,” says Shaver, a native of South Pasadena, California. “It showed I had the ability to stand up for what was right. It also motivated me to work for the U.N. because I could fight for the person who didn’t have a voice, and that was more important than anything else that I had studied.”

After receiving her master’s in peace studies from Antioch University, Shaver began working as an assistant project officer for the United Nations World Food Programme (WFP) in Malawi. Her first assignment placed her in the East and Southern Africa Bureau, where saving lives and providing food security for millions of beneficiaries throughout Africa became her mission.

“It was overwhelming—new environment, unfamiliar work, a lot of responsibility,” Shaver says. “But it was exciting. It challenged my skills and abilities and I grew up fast.”

Later, as director of the WFP offices in Mozambique and Ethiopia, she focused on humanitarian operations addressing droughts, refugees and floods. She then spent the last five years of her career as the first ombudsman of the WFP, working on internal workplace conflict.

“With resources being dear and the humanitarian mission so critical and important, an organization needs to ensure an enabling work environment so that staff can be productive and engaged,” she says. “Conflict is very expensive and a waste of resources.”

Shaver met the man who would become her husband, Angelo Boccaccini, during one of her reassignments to the WFP headquarters in Rome. They eventually made Rome their permanent home so their daughter, Magda Boccaccini ’15, could finish high school.

Despite retirement from the U.N. after 31 years of service, Shaver shows no sign of slowing. She wrote the codes of conduct and ethics and the harassment policy for the African Union and introduced a course on conflict resolution at the American University of Rome.

“I see my accomplishments as a force for university students to learn early on the importance of communication and listening, as well as engaging with conflict rather than avoiding and escalating it,” she says.

Conflict resolution has never been more necessary in our rapidly changing world, says Shaver, who points out that sometimes conflict offers benefits: “It forces people to face challenges—and improve themselves in the process.”