Doctors rethink how to treat seniors with innovative approaches for evaluating health and fitness. 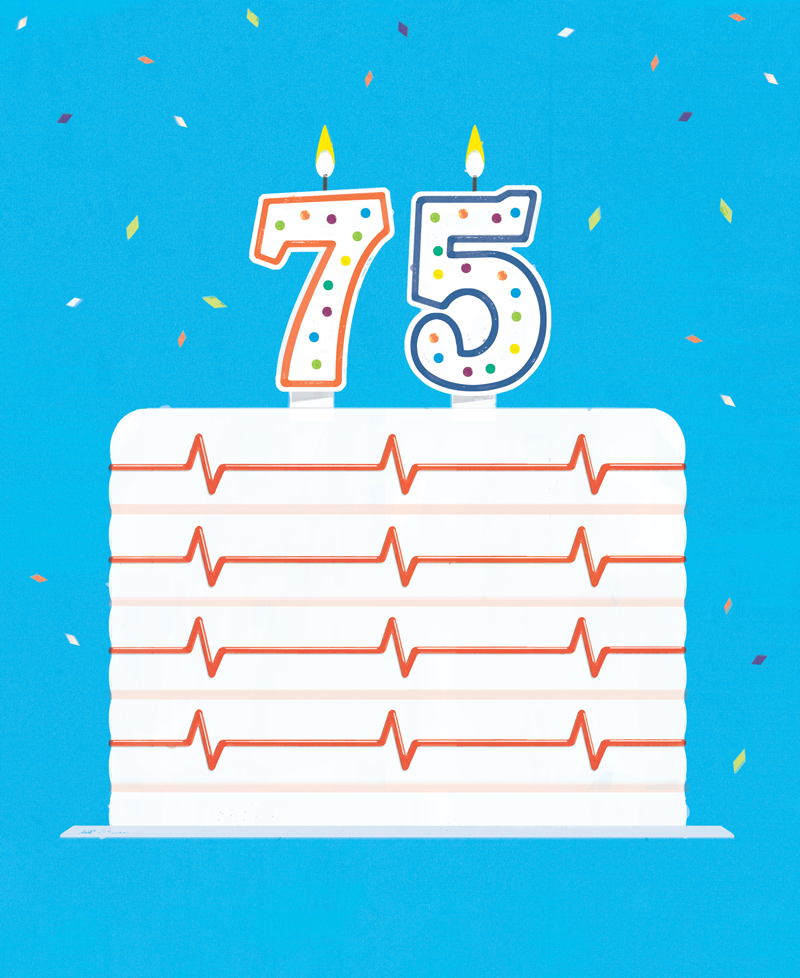 It’s 11 a.m., and patient Carlton “Carty” Spencer is holding court with family members in his room at Keck Hospital of USC. When another visitor arrives, he bounds out of bed to greet him. “Sit here,” he motions, clearing a spot on his blankets. He is almost as excited to talk about his operation as he is to change out of his hospital gown and go home in a few minutes.

Spencer is just one of a fast-growing number of seniors whose lives have not just been extended, but also enhanced by medical advances. New technology, surgical techniques and approaches to medicine now enable older patients to face less risk on the operating table — and recover faster — when they undergo surgery. Some diseases that afflict older patients may even become completely avoidable.

Physicians at Keck Medicine of USC and beyond are dealing with converging trends in healthy aging: Their patients can stay in better health much later into life than ever, and they want to stay active for longer. That challenges doctors to think past traditional concepts of “old age.”

MORE THAN A NUMBER

Spencer’s recent heart operation wasn’t his first. Back in 2007, surgeons replaced his aortic valve in a standard open-heart procedure that kept him in the hospital for nearly a month, including a week in intensive care. “I took six months to recoup,” he recalls. When that replacement valve began to malfunction five years ago, he dreaded going through another surgery.

But last year, his Keck Medicine cardiologist offered Spencer a gentler way to fix it: transcatheter aortic valve replacement, or TAVR. Instead of making a large incision in a patient’s chest to replace the valve, surgeons now insert a catheter only a few millimeters wide into the aorta, the largest artery in the body. They squeeze a tightly compacted replacement valve through the catheter and thread it toward the beating heart. In Spencer’s case, surgeons then opened the new valve — fashioned from pig heart tissue attached to a ring of metal mesh — and popped it into place in his heart, where it now keeps blood flowing normally.

“More and more men — and women now, too — are being told, ‘You have a heart valve problem,’ Spencer says. “They’ll ignore it, because they’re afraid of dealing with it.” But with TAVR, he says, “I came in here yesterday, and I’m leaving this afternoon.” 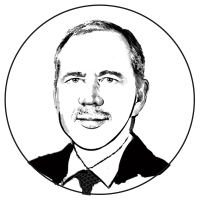 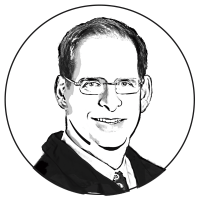 Chair and Professor of Orthopaedic Surgery. 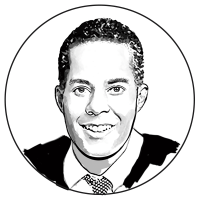 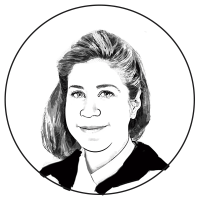 Ray Matthews, an interventional cardiologist who heads the Division of Cardiovascular Medicine at the Keck School of Medicine of USC, says that TAVR offers an unexpected benefit beyond repairing heart valves. It has given doctors better tools to gauge their patients’ ability to handle surgery. “Born out of the TAVR method is an extremely sophisticated method of how we assess the elderly,” he says. It’s not their age, so much as their frailty that physicians must consider.

Surgeons now have online calculators that figure out patients’ surgical risks based on factors such as their other medical conditions and previous surgeries. Doctors also often ask their patients to tackle physical tests, watching how far they can walk down a hallway or how quickly they stand up from a chair. Even problems at home matter. If a patient needs help to clean the house or cook a meal, says Matthews, “all of these things indicate frailty.”

With better assessment, doctors can identify older patients who can tolerate traditional open-heart valve-replacement surgery, which is still the standard in medicine. But now they can recommend potentially life-saving techniques like TAVR for patients who would have otherwise been too frail to undergo a major operation. “What we’re doing with procedures like TAVR is lowering the upfront risk,” Matthews says. “So we’re able to provide good therapies to a much larger group of patients who would never be considered for other surgeries.”

Joint replacement is another procedure that’s seen radical changes in recent years. About 7 million Americans live with an artificial knee or hip, and numbers are expected to rise. More patients both early and in the latter years are opting for the surgery. “In general, joint replacements are very successful operations,” says Jay Lieberman, chair of the Department of Orthopaedic Surgery. “We are actually performing them on younger patients. Total joint replacement is offered to patients of all ages. If patients have illnesses, we have a program to medically optimize their overall health so they can safely undergo the surgery. So it does not matter if someone is in their 90s. If we believe they can benefit from a total joint replacement, we can do it.”

One of the best things about total joint replacement is it restores patients’ social connections. They have been set free.

As patients stay healthy later in life, and demand a better quality of life, joint replacement offers more benefits. “Arthritis is a very isolating disease—it hurts to get in and out of a car,” he says. “You have trouble sitting. You tend not to go on walks with other people, or sit with them at restaurants or movies. One of the best things about total joint replacement is it restores patients’ social connections. They have been set free.”

Today’s prostheses are durable, too. “We used to tell patients the prosthesis would last 10 years. Now they should last 20 to 30 years,” Lieberman says. “For a patient in their 80s, that prosthesis is going to outlive them.” Pain medication can also be injected right into the joint at the end of the procedure, reducing the need for a patient to take painkillers and allowing for more rapid mobilization.

While it’s liberating to upgrade worn body parts, it would be even better not to need prostheses in the first place. Many joint replacements are prompted by arthritis, a disease that affects nearly one in four adults in America. The most common form, osteoarthritis, happens when the protective cartilage at the ends of bones wears out over time, resulting in both inflammation and degeneration.

“The goal is to make an injectable therapy for an early to moderate level of arthritis,” says Evseenko, who recently received a Department of Defense grant for further development so the therapy can be tested in clinical trials. It might not cure arthritis, but it may delay its progression, potentially reducing the number of patients whose joints deteriorate to the point where replacement surgery is necessary. 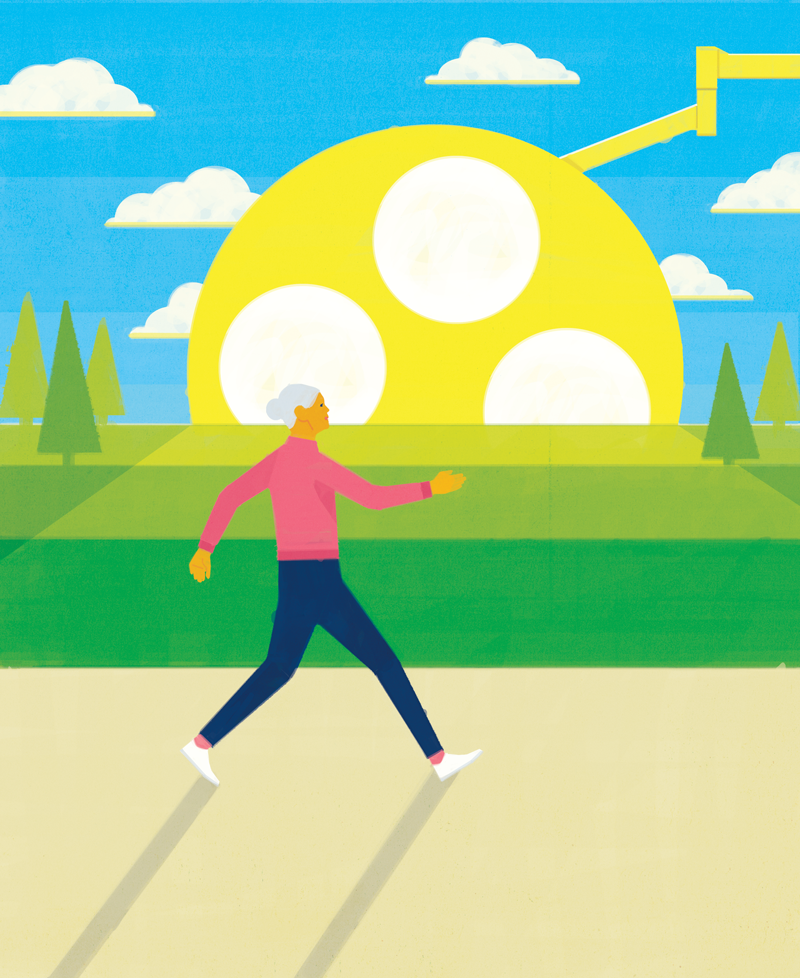 One of the most common conditions linked to aging is dementia. Now a Keck Medicine aging expert says many cases may be avoidable. According to research from Lon Schneider, professor of psychiatry and behavioral sciences, one in three cases of dementia could be prevented by taking simple steps earlier in life.

Would you believe finishing high school is one of the best ways to cut risk? Schneider says that completing only primary school is one of the biggest risk factors — second only to losing hearing in midlife. The researchers suspect that progressing through a high-school level of education provides a greater “cognitive reserve,” an ability to function despite physical decline in the brain later in life.

As people age, the biggest risk factors for dementia become the ones you might guess: smoking, depression, physical inactivity and social isolation. Remedy these issues early enough, though, and the risk of dementia declines.

With that knowledge, geriatrician Gregory Taylor, assistant professor of clinical medicine at Keck Medicine’s downtown L.A. office, believes patients shouldn’t accept Alzheimer’s disease as inevitable, even when genetic counseling suggests they’re at risk for an inherited form of the disease.

“I think we’re going to find out that most diseases have an environmental, emotional or other component that tips you into a diseased state. Just because it’s coded into your genome doesn’t mean it’s going to translate into getting it,” he says.

Taylor treats patients from Los Angeles’ diverse downtown neighborhoods and says it’s important to understand how each person feels about aging. Many fear worsening health, and often are unaware of treatments and lifestyle changes that can help with healthy aging.

He keeps patients up to date on interventions, such as improving their diet and exercising or quitting smoking, that go a long way toward improving long-term health. “I say, ‘Look, it doesn’t have to be that way. And you don’t have to do it alone.’”

As people live healthier for longer, one major hurdle to improving quality of life is that seniors often don’t know how to navigate their new day-to-day routine. Many presume that beyond a certain age, they face only a steady and inevitable decline.

Keck Medicine of USC’s Carolyn Kaloostian, assistant professor of clinical family medicine and geriatrics, says society needs to reset its presumptions about older people’s abilities, starting with work. “I have patients in all different fields who get better as they go,” she says. “The problem lies with employers who are pushing them into retirement too soon.”

Sometimes patients feel depressed once they stop working. Kaloostian helps them create a plan to stay active and explore new ways to keep contributing. “When they set goals for retirement, ambition continues and work does not end. So the idea is to promote healthy aging while feeling good about achieving new goals,” she says. Kaloostian keeps seniors feeling good by introducing them to a team of professionals who guide them through proper nutrition and exercise and to enjoyable activities or work. Patients often consult with these experts remotely from home, by phone or computer.

Most patients don’t realize they can still improve both mentally and physically at their age, she says. “My patients are surprised when they report being in the best shape of their lives as an older adult.”