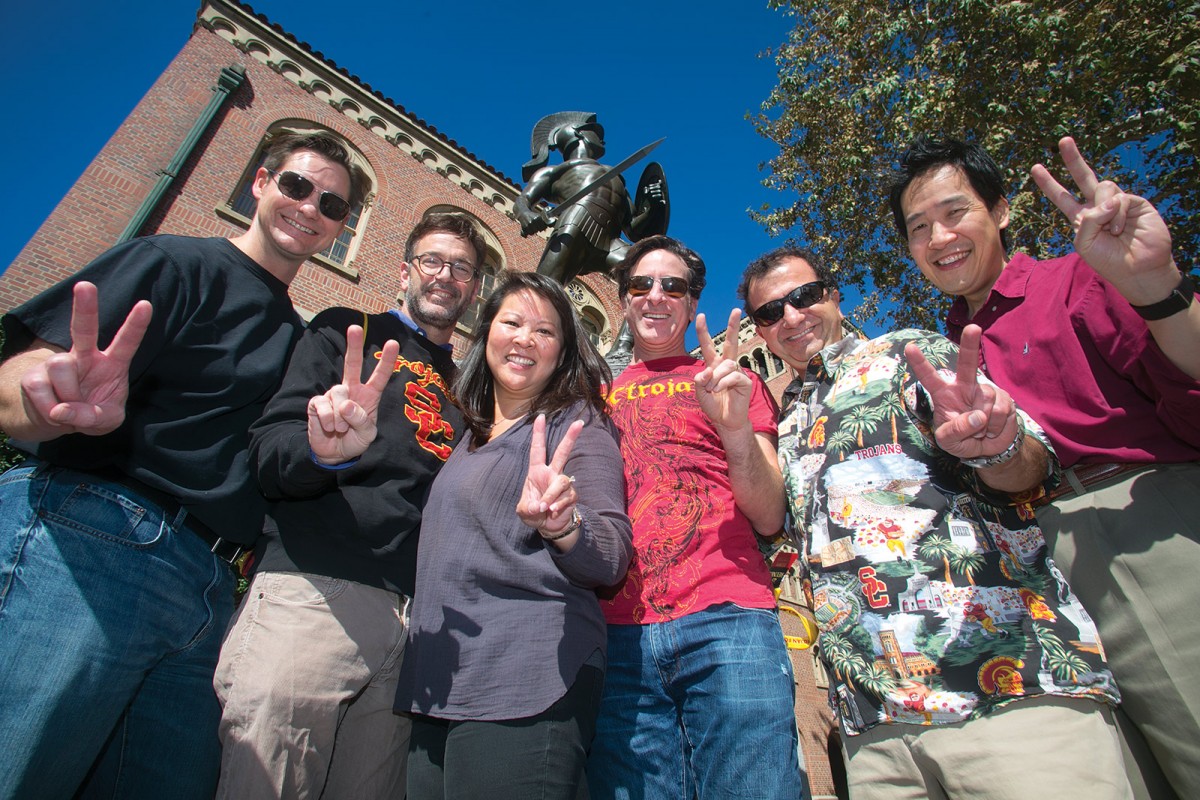 The event taps into a network of 377,000 alumni — and the entire Trojan Family

For more than a century, the Trojan Family has been a strong force behind the university’s rise from a humble two-story building to one of the country’s top research universities. Now thanks to the first-ever USC Day of SCupport, the power of the Trojan Family is about to send a new wave of support to benefit the university’s programs ranging from scholarships to research—all in one historic 24-hour period.

The USC Day of SCupport is a campus-wide fundraising initiative to be held May 4. Its goal is to rally as many people as possible to create the single biggest day of giving in USC’s history. USC Alumni Association Board of Governors President Michael Adler ’86, MBA ’92 hopes that alumni and the entire Trojan Family will be inspired to think big by starting small.

“Alumni hear about the multimillion-dollar gifts to USC and see all the new buildings going up around campus and think their donations won’t make a difference,” Adler says. “But every gift matters. You don’t have to donate a million dollars to have an impact on USC’s future.”

One day of giving could help students and faculty accomplish amazing things, if enough people step forward. For example, a gift of $25 helps USC’s Joint Educational Program provide a science kit to a third-grader through its local community outreach program. Gifts of $500 and more help fund study-abroad opportunities such as USC Problems Without Passports courses.

Adler knows this firsthand. Grateful for the financial aid that allowed him to attend USC when his family couldn’t afford it, he remembers walking by a plaque listing donor names on his way to class. He promised himself that if he could, he would give back to USC to support students, just like the people on the plaque did. He pooled resources with his fraternity brother Chuck Miwa ’87, MBA ’00 to make their first pledge to Junior Cardinal and Gold in 1989, and he still remembers the amount: $93.75 each. It was a small sum, but when Ron Orr ’78, USC’s associate athletic director, thanked Adler personally for it, he felt appreciated.

“That’s when I knew that every dollar means something at USC,” Adler says.

“It’s particularly gratifying to not only see the alumni giving rate rise above 40 percent, but also to see the incredible level of giving by non-alumni. Together, we’re making a real difference. It’s certainly an exciting time to be a Trojan,” says Bob Clifford ’85, co-chair of the Board of Governors’ philanthropy committee.

Paula Ciaramitaro ’85, who co-chairs the committee with Clifford, hopes that the Day of SCupport will reach a broad audience, especially alumni who have never previously donated. “I’m looking forward to seeing as many alumni as possible, including our young alumni, give back for the first time, and want them to know that any dollar amount counts,” Ciaramitaro says.

To participate, visit dayofSCupport.usc.edu or text “USC” to the number 71777 on your mobile phone. Follow @DayofSCupport on Twitter or share on other social media using #DayofSCupport.