Portrait of a Litigator

Before E. Randol Schoenberg JD ’91 tackled what would become the biggest art restitution case ever fought, he had no background in art law. So how did the self-professed “regular litigator” win his case before the U.S. Supreme Court—and recover five paintings by famed artist Gustav Klimt that had been confiscated by the Nazis before World War II?

It’s simple. Schoenberg knows how to jump into complicated situations and quickly figure them out.

“I don’t have to be an expert in your business,” the litigator says. “But when you present me with a case, I have to understand it well enough that I can explain it to a judge, a jury or another lawyer. That’s a fun skill to have, and that’s what good lawyers have.”

It’s an appealing skill in Hollywood, too. In 2015, the film Woman in Gold dramatized the story behind the landmark Republic of Austria v. Altmann court case. The film follows how Schoenberg, played by Ryan Reynolds, worked for years to reclaim the Klimt paintings from a state museum in Vienna on behalf of family friend Maria Altmann, played by Helen Mirren. The paintings, including a portrait of Altmann’s aunt popularly known as “Woman in Gold,” were taken from Altmann’s family by the Nazi regime when Austria fell under German occupation. They’re now valued at more than $325 million.

Since the landmark Supreme Court decision, Schoenberg has taken on other stolen artwork cases. Four years ago, he was invited to teach an art law course at the USC Gould School of Law, his alma mater. Covering issues as diverse as indigenous cultures, looted and stolen art, and the rights of artists, the curriculum reviews how criminal, constitutional and contract law apply to the art world. Students seem to enjoy the course because cases tend to be interesting.

“Besides,” he says, “every time I talk about a case I try to find a pretty picture for everybody to look at.”

August Wilson is known for his poignant explorations of Black culture and experience. (Photo/Netflix) Call of Duty

August Wilson is known for his poignant explorations of Black culture and experience. (Photo/Netflix) A Blueprint for Change 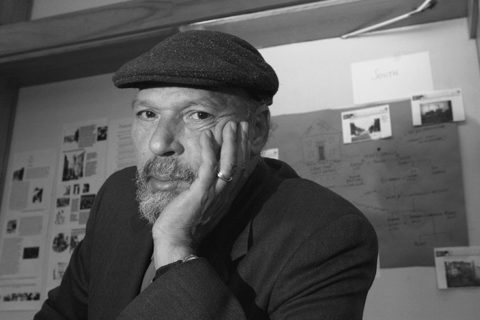 August Wilson is known for his poignant explorations of Black culture and experience. (Photo/Netflix) Stage Crew

Check out these surprising links between the award-winning playwright and the Trojan Family.