Thoughts on speaking Spanish and passing as white all come out in a starkly honest Q&A with spoken word artist and USC alum David A. Romero.

David A. Romero ’07 held stereotypes as a kid. He admits it.

Today, the spoken word artist shares them honestly in his work. Like the time he sparked a huge fight by condemning his dad’s hairy arms. Or his misguided belief that only “stupid people spoke Spanish,” which led him to study French instead. His recently published poetry collection with FlowerSong Press, My Name Is Romero, picks apart these views, bringing them into the open.

Romero, who studied philosophy and film at USC, is a passionate activist and speaker on issues of immigration and economic justice. His three poetry anthologies explore Latinx culture, identity and colonialism. In an era of cancel culture, Romero lays bare the conflicting feelings he had growing up as a Mexican American in Diamond Bar, California. He spoke with USC Trojan Family writer Gustavo Solis about how he hopes his poetry’s honesty will inspire others to reflect on their unconscious biases and change the way we approach race and identity.

Tell me about this idea of identity and belonging. Why do you think it’s so much of a focus for everyone? 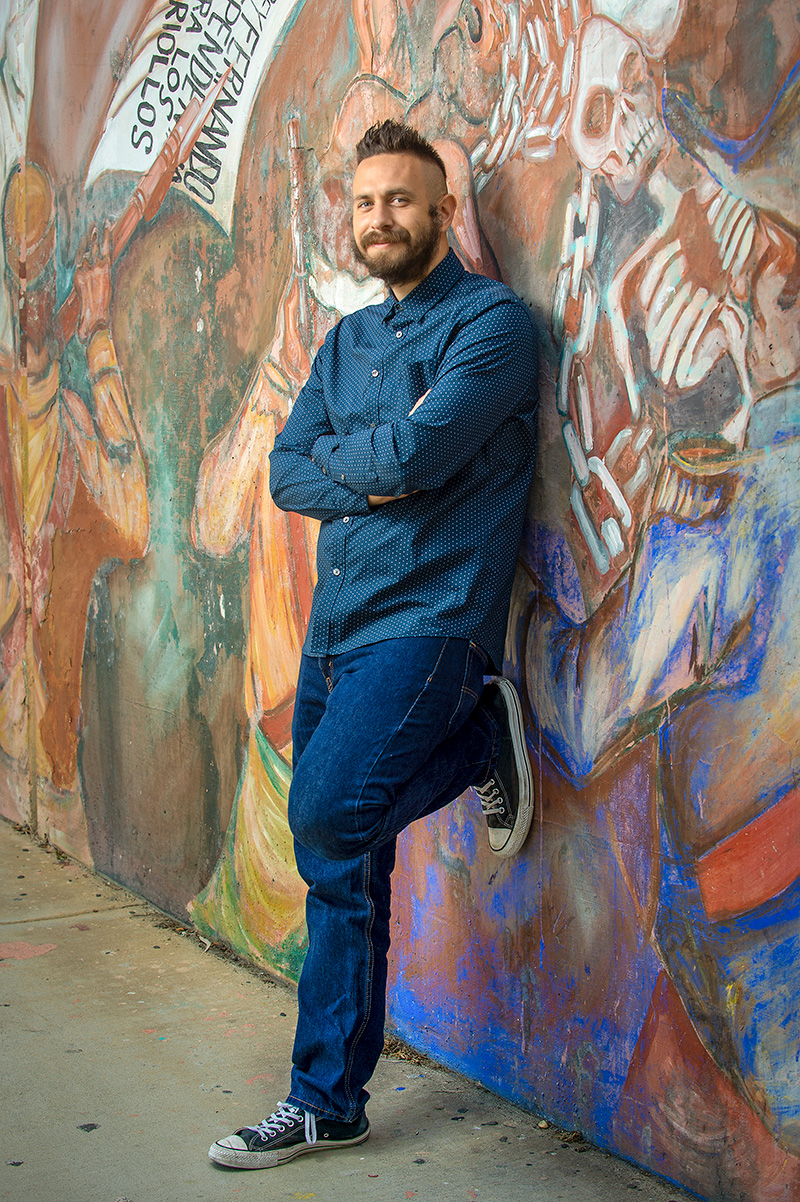 Your poems I love most are the personal ones, particularly of you growing up and forming your identity. You really put yourself out there. I specifically remember you talking about learning French instead of Spanish when you were a kid. Tell me a little bit about that.

The eldest of my two sisters, who I was closest to early on, she had made a choice at a certain point to learn French. She made this decision — I guess she took an interest in French culture — and she was always a huge influence on me.

I think at that time, I had this perception, and it’s a line in the poem: “Spanish was the back side of a Latin coin never to turn up.” It was this very cowardly way of looking at the world, that French was a more useful language or a language that more people would accept or be interested in.

Tell me more about your view of Spanish when you were a kid. I ask because immigrants from a certain era were told not use it at all because they’d get unwanted attention. They didn’t pass it on to their children because of that.

To say it outright, we were conditioned to think that stupid people spoke Spanish because that was the prejudice growing up in an upper-middle-class neighborhood. We were taught even as Mexican ourselves to look at other Mexicans as inferior. And it is very often a multigenerational Mexican American outlook to want to integrate and assimilate as much as possible. So, the idea is to abandon Spanish quickly.

You mentioned your sister having darker skin than you. I noticed a couple of times you referenced yourself as “the white, blue-eyed Mexican.” How did that influence your sense of identity, and how did you deal with this idea of “I don’t look Mexican”?

For me, much of my life has been lived as a white person — in the way that people interact with me because I can’t speak Spanish, because of the way that I look. It really gave me insight into the way white people think. But finally, I got to a point where I started to break away from that — I did not want to be that.

When I talk about that, I often get pushback from white people. They normalize their centrality within the world, within the universe. There’s a certain way of looking at the world — a mind frame of “There’s me and us, and then everyone else.” And you’re either closer to that or on some gradient other than that.

Even among the most well-meaning, it’s like an unconscious reflex, and I still find it within myself. … I still have a lot of knee-jerk responses to certain things that are deeply conditioned.

Give me an example of a knee-jerk reaction you’ve had.

One big thing is even with Spanish itself. If I’m entering into a context where I am not prepared for Spanish to be the norm in this environment, that this is what should be spoken and it catches me off guard, there is this reflex of “Oh, that’s other.” It has all of these different connotations.

So, it would be like walking into a taco shop where everyone is speaking Spanish. For a second, you think this is something else, this is exotic, this is not normal. 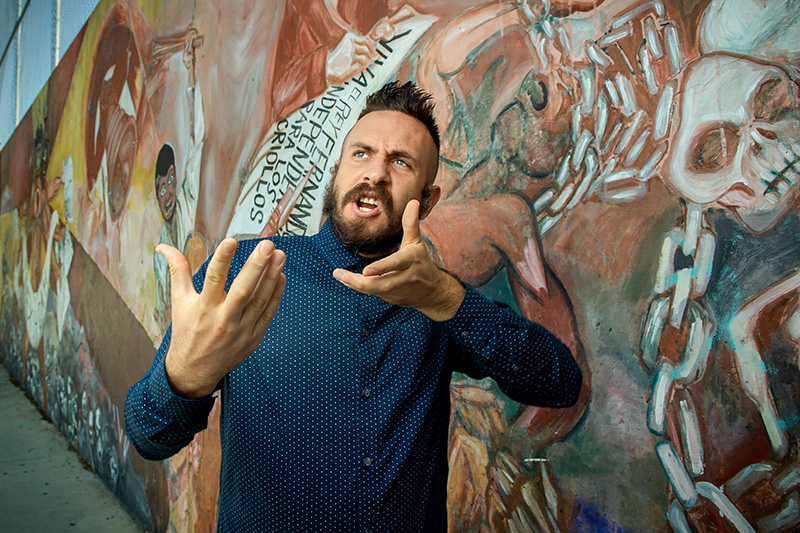 In your poem “Gorilla Arms,” you reflect on a childhood experience of criticizing your dad for having big, hairy arms. Did that really happen?

Yeah, it really did happen. I really do remember saying that to him. And I remember that being part of it, this connection that I had made in my mind as a child between animals and race. That is another form of racism, of course, is dehumanization.

I remember knowing that what I had said had meant something really bad. It wasn’t a racial epithet, but it was racially motivated. I remember just running out. And a lot of it was just the conflict, too, and being yelled at back.

Did you have any reservations about writing that, sharing that with the world? I ask because we live in an age where people get “canceled” for saying stuff like that.

Absolutely. A lot of it is that I can’t help it. I do have a tendency to put my foot in my mouth, to say too much. I think that is my kind of nature to a certain degree.

But sometimes we do need to question ourselves. A lot of important work does get done by projecting things onto others or describing the wrongdoings of others. I was raised Roman Catholic, and even though I identify as an atheist now, a lot of that sticks with me — what I have done and what I have failed to do, that Catholic guilt, the need to examine oneself and hold oneself responsible.

If you see the faults of racism in others, chances are they also exist somewhere in yourself. Of course, that is not the case with everyone — but it is the case with certain people more than others.

But I definitely knew that it was there in myself, and I brought up that defensive thing that a lot of Caucasians have when you talk about racism. I found that by saying that I’ve had some of these same problems, it made them free to open up and we can talk about it.

But more, it’s within our own communities, it’s upon our own people that we have these things deeply embedded, even if we are in activist circles. We still carry these same beliefs that were indoctrinated into us over centuries of colonization and class systems.

If we can talk about these things, then we can start to deconstruct them, then end them.

Editor’s note: This conversation has been lightly edited for clarity and brevity.

An excerpt from “Gorilla Arms”

Was as stubborn as a bull

As strong as an ox

The arms that built our house

That hugged my mother

That carried me as a child

I looked at those arms

Soon, there was shouting

Out of the house

And into the backyard

I will regret saying that

For the rest of my life. 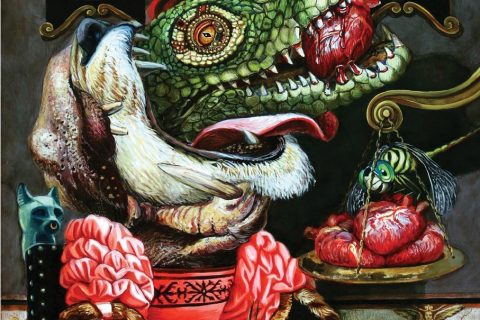 David A. Romero grew up with his working-class Mexican American parents and three siblings in Diamond Bar, California. (Photo/Gus Ruelas) Art of Darkness

A USC alumna reflects on her lifelong fascination with creepy mysteries and the darkness of language. 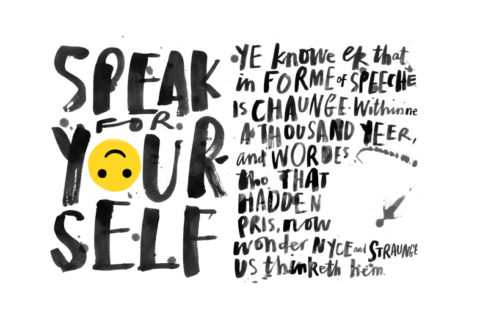 David A. Romero grew up with his working-class Mexican American parents and three siblings in Diamond Bar, California. (Photo/Gus Ruelas) Speak for Yourself

From gender-neutral words to textspeak, language often has undergone controversial shifts — and no amount of grumbling can stop it. 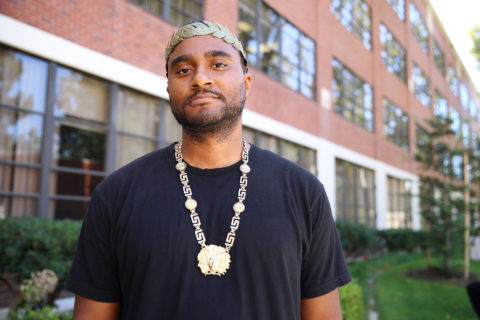 David A. Romero grew up with his working-class Mexican American parents and three siblings in Diamond Bar, California. (Photo/Gus Ruelas)

Brandon Bourgeois believes that, by translating the entirety of Homer’s The Iliad into rap lyrics, he can help students better appreciate the classic poem.