East Coast alumni don’t have to look far to feel the Trojan love.

Three thousand miles. That’s roughly the distance between USC’s University Park Campus and New York City. Yet about 7,000 USC alumni call the New York City metropolitan area home. The USC Alumni Club of New York is one of the USC Alumni Association’s most active regionally based groups, and the university maintains an office on Madison Avenue near Central Park. For many alumni who headed east after graduation, distance is no detriment to strong Trojan Family ties. Meet three whose lives are shaped by their USC experience. 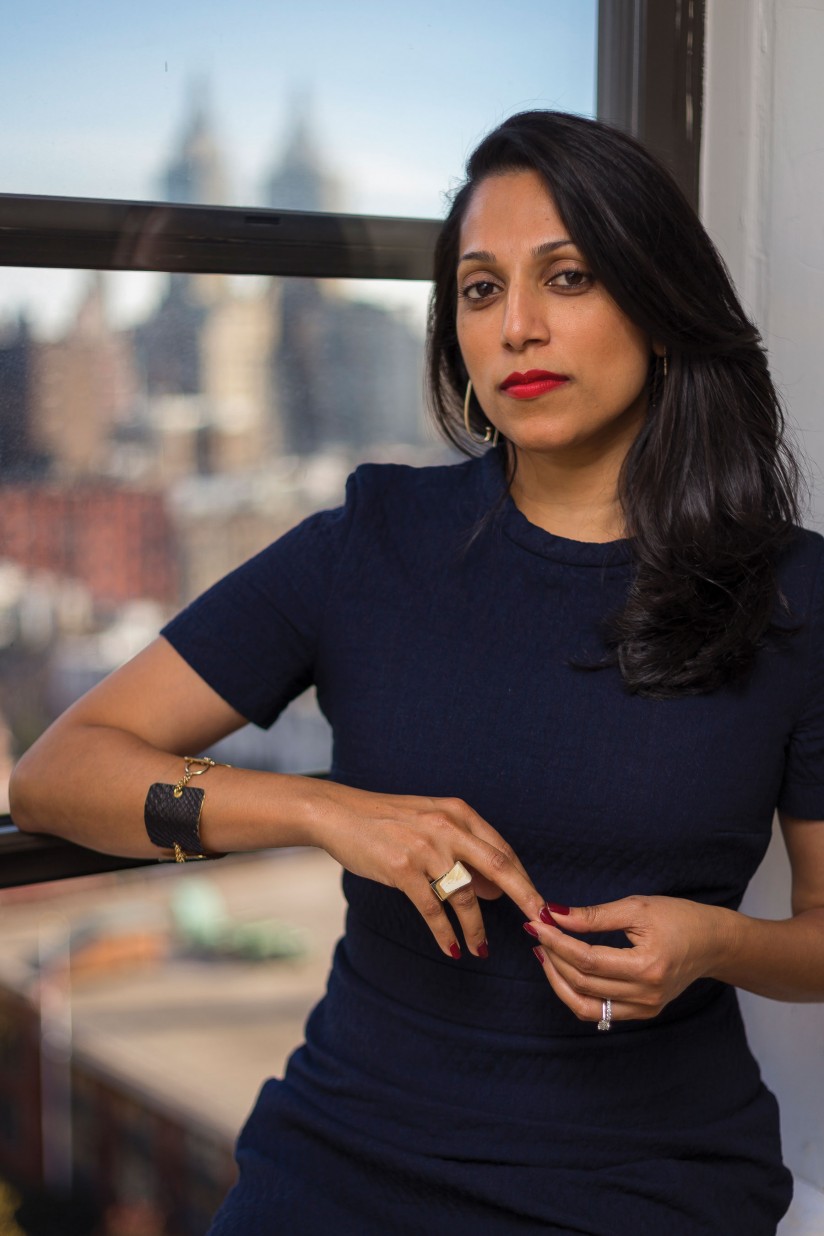 Born in Sri Lanka, raised in Los Angeles and “reborn in New York,” Penny Abeywardena discovered USC after her older brother got in. He also helped launch her family’s love for Trojan football. When it was her turn to choose a university, she sought out international affairs and business programs and zeroed in on USC.

Abeywardena dove into political science as a student and found professors who shaped the trajectory of her career. The insight of one in particular stuck with her: “She said, ‘It’s taken 16 different careers to get here and make me who I am. Don’t get too committed to what the next thing is; just stay true to your values.’”

With that in mind, while getting her master’s degree at Columbia University in international relations, Abeywardena continued volunteering with Human Rights Watch, an organization she’d worked with as a Trojan. The work led her to join the Clinton Global Initiative—a Clinton Foundation effort to solve international challenges—where she was warmly welcomed with a “Fight On” hello by coworker Anne Weir ’04.

Abeywardena now serves as the commissioner of the New York Mayor’s Office for International Affairs, and she welcomed a son, Wilmet, this year. “My New York-based Trojan family is small,” Abeywardena says, “but they’ve been powerful in my life.” 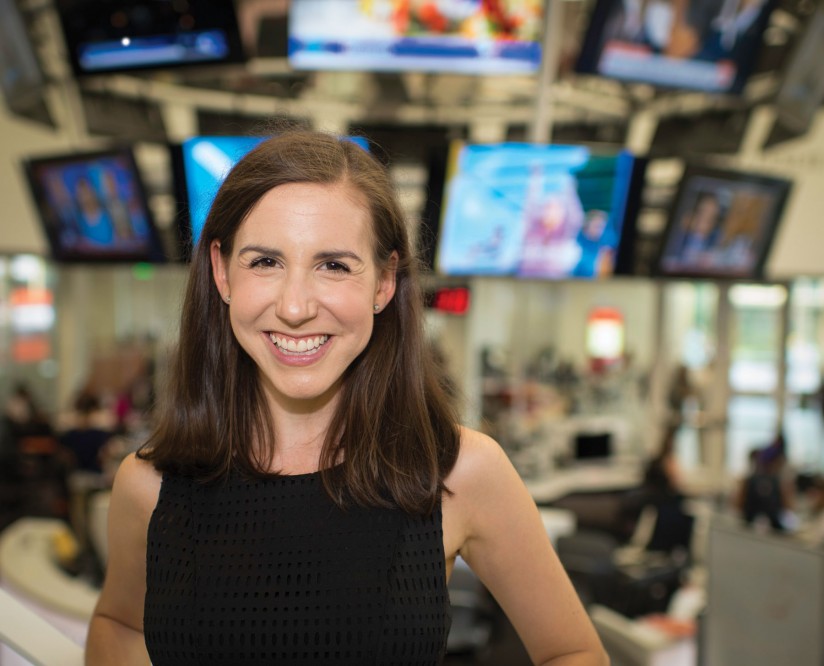 Callie Schweitzer stepped on USC’s campus for the first time on a high school campus tour and was instantly smitten. “It was my first time experiencing the Trojan Family spirit, and by the end of the tour, I too was ‘fighting on,’” says the Larchmont, New York native.

Schweitzer immersed herself in campus life as an Annenberg Ambassador and Scholar, Presidential Scholar and editor-in-chief of Neon Tommy, at that time USC Annenberg students’ digital news site. At Neon Tommy, USC Annenberg School for Communication and Journalism professors Alan Mittelstaedt and Marc Cooper inspired her direction. “They taught me there’s no such thing as a student journalist, and that age should never hold you back from asking important questions,” Schweitzer says.

After graduation, the print and digital journalism major had one destination. “New York is the center of the media world, and I knew it’s where I wanted to start my career,” she says.

And what a start. She made AdWeek’s 2015 Future Publishers list and landed roles as Time Inc.’s editorial director of audience strategy and founder of one of its newest websites, Motto. Today, she’s managing editor of Arianna Huffington’s new media venture, Thrive Global. With her success, Schweitzer still looks back to USC fondly. “My experience running Neon Tommy gave me an entrepreneurial hunger and jump-started my career.” 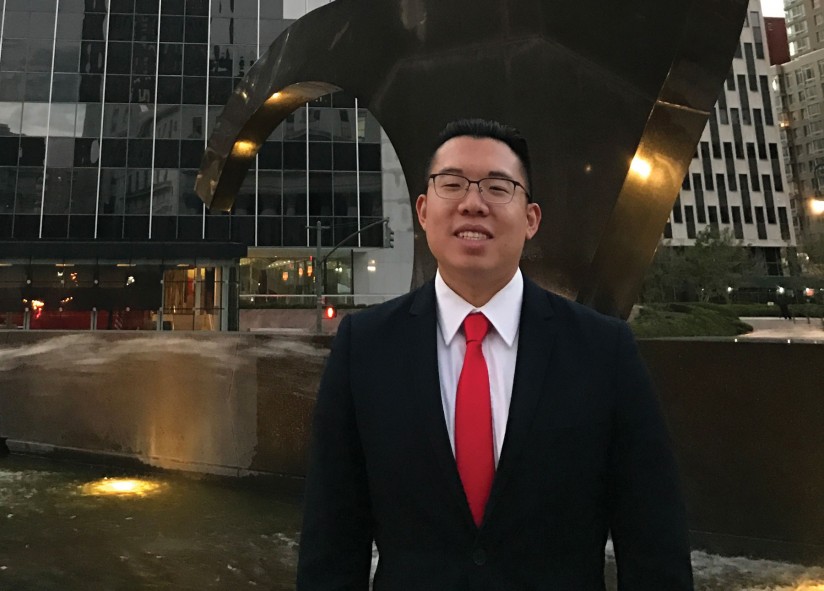 Jason Wong’s introduction to California came when he visited his older brother at UC Berkeley. But when it was time to apply for college, the native New Yorker decided to give USC a shot. The university’s diversity stood out, as did its generous financial aid package—a big relief to the family since his father already was working 80 hours a week at the family’s restaurant business.

USC orientation brought some big surprises. “This Brooklyn boy grew up in the concrete jungle of New York, almost never seeing trees or grass,” he says. “I was like, ‘What are palm trees?!’”

Wong juggled political science and history majors while volunteering as a community service coordinator for a fraternity. After graduation, Wong attended Benjamin N. Cardozo School of Law in New York so he could be near his family.

To keep up with Trojan football, he joined the USC Alumni Club of New York, where he ran into former classmate Gemma Han ’05. Seven football seasons later, Wong and Han are engaged. “It’s nice to be in a relationship with a fellow Trojan, especially during the craziness of football season.”

Today, Wong is a deputy chief counsel for the U.S. Department of Homeland Security, Immigration and Customs Enforcement. “Because I didn’t accrue undergraduate debt, I was able to attend law school and go into public service,” he says. “USC made my dream job possible.” 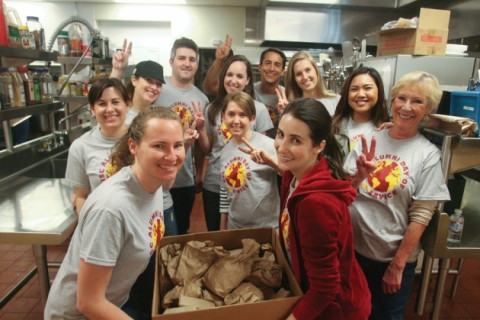 It all started at USC: Michael Ausiello recalls how his days at Annenberg informed his work as a TV journalist. He is portrayed by actor Jim Parsons in the feature film "Spoiler Alert" based on his 2017 memoir. (Photo/Gus Ruelas) Alumni Abroad

On March 22, Trojan alumni from LA to Shanghai organized 80 projects for the Alumni Day of SCervice, giving back to their communities. Here are a few of their activities: 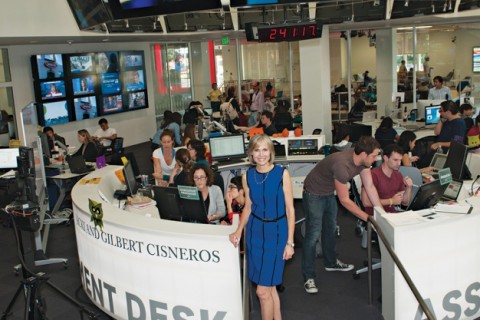 It all started at USC: Michael Ausiello recalls how his days at Annenberg informed his work as a TV journalist. He is portrayed by actor Jim Parsons in the feature film "Spoiler Alert" based on his 2017 memoir. (Photo/Gus Ruelas) Innovative Storytelling