USC Athletic Director Mike Bohn is on a mission: Do what it takes to help student-athletes perform well on the field, in the classroom and in the community.

Mike Bohn, USC’s athletic director, knows about the life of a student-athlete firsthand. Before he embarked on his 35-year career in athletic administration, he played baseball and football as an undergraduate at the University of Kansas. But he isn’t one to brag about his glory days.

“I was an all-league ‘clipboard quarterback’ — meaning I looked real good in a hat, holding up the clipboard,” Bohn says with a laugh. Pro ball wasn’t in his future (his college baseball batting average hovered at a modest .258, he notes), but he never lost his love for sports. Armed with a master’s in sports management, he led athletic departments at the University of Idaho, San Diego State University, the University of Colorado and the University of Cincinnati before arriving at USC in 2019.

USC editor David Medzerian recently caught up with Bohn, who became the Charles Griffin Cale Director of Athletics’ Chair in December 2019, as he settled in at Heritage Hall. Here are some of Bohn’s observations after a few months on the job, in his own words.

Mike Bohn on why he went into athletic administration:

I just felt like I can have a bigger impact in this role rather than coaching. When you have the ability to really connect with the community, the fan base and the key constituents who make a program successful — that is always a big challenge, but so rewarding when you are successful.

On meeting the USC Trojan Marching Band with his wife, Kim, on their first day:

It was emotional for both of us to be serenaded by the band and to hear “Conquest” in person and the pride the band has in it. The “Fight On” mentality represents something that’s really iconic in college sports. It’s important to embrace that and foster it in others, so they understand the value of having that strong sense of pride in this institution — and creating that sense of support for student-athletes.

My affection, admiration and appreciation for the band go back to high school. We were fortunate enough to win two state championships in basketball [at Boulder High School in Colorado], and I’m not understating it that the basketball pep band probably won a third of our games. The energy, spirit and competitiveness they demonstrated then transpired in the student section. At every institution where I’ve been, I’m close with the band because they truly are the heartbeat of a program.

On what it’s like to be an “outsider” in a position that frequently has been held by a USC alum:

It’s funny when people say, “You’re an outsider.” I have respected and enjoyed USC Athletics since I was a kid, and I’ve had the USC fight song on my playlist ever since they had playlists. I have a great understanding of the league, having been in the Pac-12 [at Colorado] when it became the Pac-12. So I really don’t consider myself an outsider. Yeah, I didn’t go to USC. Well, guess what: I didn’t go to any of the other institutions that I worked at. And I can guarantee you one thing: If you were to cut me, cardinal and gold is going to come out of my veins.

On his expectations for his coaches and teams:

Having the track and the band practice facility right outside my window is a daily reminder of the “Fight On” mentality. “Fight On to victory” — it’s important, as we fight on, that we want to win. And that’s why it’s essential that we have a fan base and a student section that are inspiring our student-athletes across all 21 sports to be competitive.

I’m not implying that we’re there yet. But I would like for any parent, athlete, former athlete, alum, faculty member, community member or media member to say, “You know what? Yeah, do it like USC.” 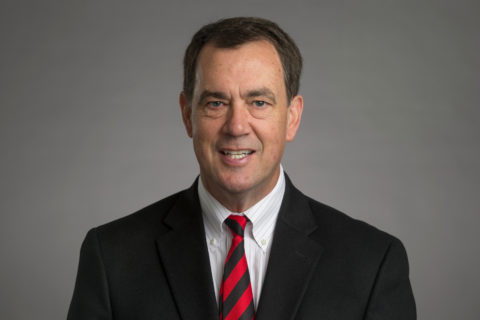 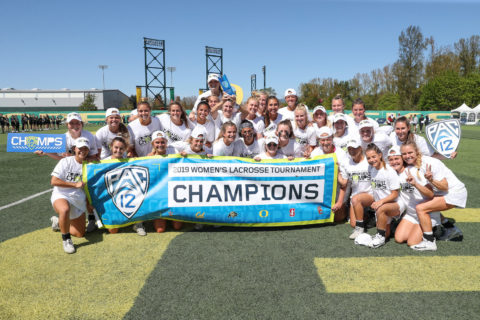 ✌ Year in review: From the first USC Pac-12 title in women’s lacrosse to four NCAA championship runners-up, Trojans made their presence felt across the collegiate sporting world. 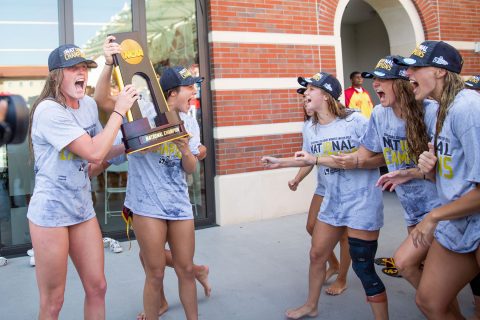