John Iino brings his talents to lead the USC Alumni Association Board of Governors.

John Iino JD ’87 learned about racial injustice at an early age. He grew up hearing stories from his Japanese American elders about forced relocation and incarceration during World War II.

Their experiences stuck with him as he navigated a career in law, changing how he thought about inclusion and bridging gaps between colleagues and friends from different backgrounds. So when the USC Gould School of Law alumnus was offered a leadership role focused on diversity and inclusion in 2016, it felt like a natural fit.

“It was a culmination of all the things I had experienced and learned,” he says. “Now more than ever, I recognize the importance of driving change and the need to look at ourselves and understand ourselves better.”

Iino became chief diversity officer at global law firm Reed Smith, where he has held many leadership roles since joining as partner in 2001. Under his guidance, the firm has increased gender and racial diversity in its ranks. Now he plans to emphasize similar priorities in 2020-21 as the 97th president of the USC Alumni Association Board of Governors.

How to measure success in diversity and inclusion is a tricky question. At Reed Smith, Iino can point to statistics — like a 15% increase in female lawyers and 20% increase in lawyers of color since 2016 — or the download numbers of his podcast, “Inclusivity Included: Powerful Personal Stories.” But he points to coworker and industry feedback as his proudest sign of progress.

“Changing the culture and having our people feel welcomed and comfortable and them literally bragging to people in other firms or to friends and family about enjoying where they work, that’s the most important thing for me,” he says. “We still have a long way to go, but it’s being noticed.”

He sees opportunities for similar advances at USC.

“We have a keen focus on contributing as alumni to this conversation around diversity and inclusion,” Iino says. “How can we support our alumni, our students and the university in this mission?”

We have a keen focus on contributing as alumni to this conversation around diversity and inclusion. How can we support our alumni, our students and the university in this mission?

A Focus on Building Networks

One way is to build on USC’s professional network, which Iino says can help Trojans of all backgrounds launch their careers. In his previous role as chair of the USC Gould Board of Councilors, he saw the Trojan Family’s strength when the board launched efforts supporting first-generation college students and job-seeking graduates. He is excited about similar work underway at the USC Alumni Association through the Trojans to Trojans initiative, which includes the Trojan Network mentoring platform and Trojans Hiring Trojans, a USC Career Center program.

Iino also benefited from those USC ties. Born in the Crenshaw neighborhood near the University Park Campus, he grew up in a house divided. His mother earned her USC education degree in 1953, and his father went to UCLA. But when Iino had to choose between the two universities for law school, Dad had some advice.

“My Bruin dad said if you are intending to stay and work in Los Angeles, there is no doubt you should go to USC,” Iino says. “The alumni base and network are so much stronger. To this day, his words have proved right.” 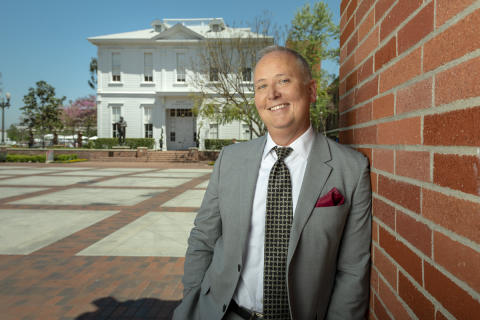 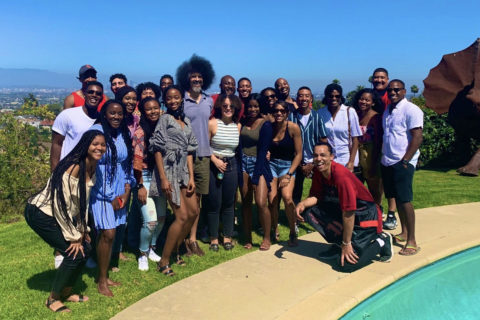 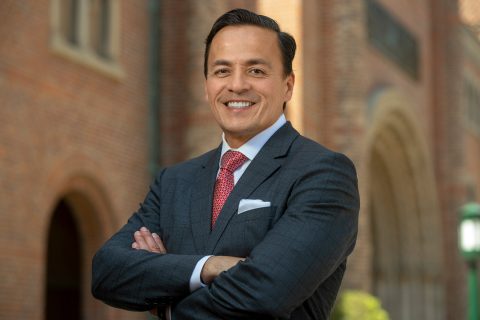 The new leader wants to help other first-generation students find their place in the Trojan Family.