USC architecture grad La Mer Walker bolsters the hiring of Blacks and people of color in tech by bringing qualified professionals and employers together.

La Mer Walker ’97 describes his first year as a student at the USC School of Architecture as one of the most trying periods of his life. He credits a fifth-year student who took him under his wing as a major reason he stuck it out.

Walker knew no architects before leaving home in Louisiana to enroll at USC. He arrived with no network of family or friends to guide him through architecture school or connect him to job opportunities afterward.

Instead, he had to cultivate mentors and create his own network. It paid off, as he joined the architecture firm AC Martin after graduation and then transitioned to creative roles in digital design and online branding.

That is the core mission: to say you’re in an infinite loop in the space you’ve looked before — [instead] you should look at a curated network of people.

And now Walker has gone from mentee to mentor. He not only helps USC students with one-on-one advice but also has helped launch a startup to mentor an entire generation of aspiring tech professionals.

The startup, Valence, is a recruitment service based in Santa Monica, California, that aims to increase diversity in the tech industry. Valence offers a repository of young and diverse talent, such as software engineers and production managers, that tech companies can hire.

The startup seeks to tackle a central problem with the corporate world: It tends to tap into existing networks when hiring new employees. Employers often look for people with backgrounds similar to their own — candidates from similar schools and social circles. The practice perpetuates a cycle that stifles diversity.

“That is the core mission: to say you’re in an infinite loop in the space you’ve looked before,” Walker says. Instead, “you should look at a curated network of people.”

Right now, there are about 15,000 employers and candidates on the platform. The goal is to expand that to 100,000 this year. Walker hopes the company will also offer an executive training program through the platform, with the idea being to develop talent as well as find it.

Valence was funded in 2018 and launched in 2019, but the idea garnered significant interest in mid-2020. The killing of George Floyd that May prompted racial reckoning worldwide that transcended criminal justice. Hollywood, Wall Street, Silicon Valley — they all faced a backlash for their lack of workforce diversity. Only 3% of Silicon Valley’s workforce population is Black, and only three Black CEOs lead Fortune 500 companies, Walker points out. But the industries soon began to prioritize diversity in tech recruitment in a way they hadn’t before.

“Firms that I had worked with in the past were beyond interested,” he says. “They had been interested before, but now they really wanted to move forward.”

For example, a group that includes companies like General Motors and Walmart announced in Dec. 2020 a plan to invest $100 million in an effort to hire a million Black workers over the next 10 years. Google has made efforts to increase diversity in its tech workforce, too. But the progress has been slow. Black representation at Google grew from 2% in 2014 to less than 4% in 2020, yet Black people account for more than 13% of the overall American population, according to the U.S. Census Bureau. 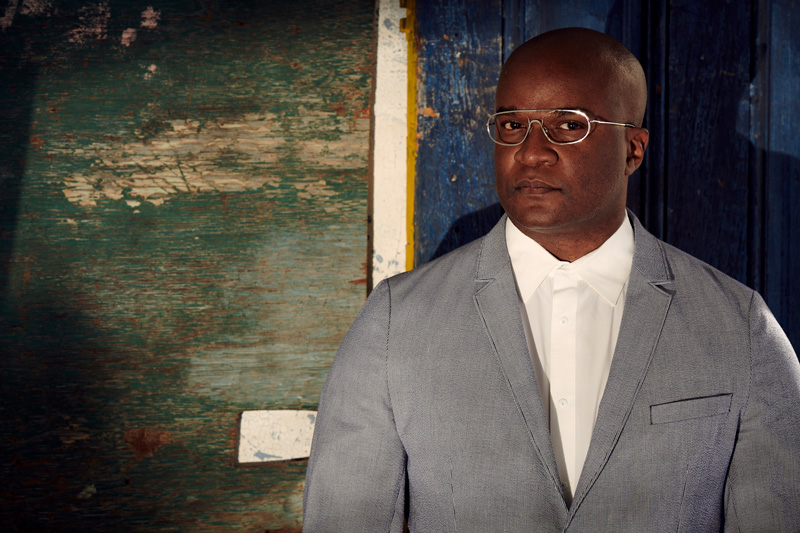 Walker credits advice from mentors for his success as a USC architecture student and young professional. (Photo/Justin Officer)

Mentorship and Inclusion are Critical to Diversifying Tech

Diversifying a workforce is not simply about hiring diverse talent.

Walker says getting diverse people in the door is just the first step. Companies need to fully incorporate employees who are members of minority groups into the corporate culture. Employees will leave if they’re left out of projects or have fewer opportunities than other staff members.

As much as we talk about frameworks and systems and recourses, we’re still talking about human beings.

“It all comes back to people management,” Walker says. “As much as we talk about frameworks and systems and recourses, we’re still talking about human beings.”

On a personal level, Walker also mentors college students from USC and UCLA.

At USC, he is part of a scholarship and mentorship program through the USC Black Alumni Association that connected him with second-year architecture student Kaitelyn Haynes.

Haynes’ father was in the U.S. Air Force, so she constantly moved during her childhood. As a kid, she got into the habit of drawing floorplans of every new place the family moved into — a routine that hinted at her future career.

“They were definitely not good floorplans,” Haynes jokes. “They were made with crayons and everything else I could get my hands on.”

Having a mentor who is a professional with real-world experience has been a big benefit, Haynes says. “He has been able to connect me with people that a professor might not have access to.” Walker has put her in touch with Black and female architects, as well as professionals in other fields such as media.

Quijada-Polanco had a vague idea that she wanted to work in business but also help the community. Until she met Walker, she had no idea there was a name for that: social entrepreneurship.

“He has introduced me to a bunch of different people who I definitely would not have met or talked to otherwise,” she says. “I’m first-generation, so I just wouldn’t have access to those types of connections because no one in my family has done that sort of work.”

Mentoring keeps going after college, too. The work never ends. Says Walker: “I still have several mentors who are key to me to this day.” 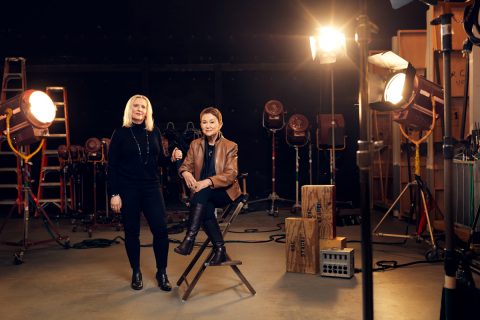 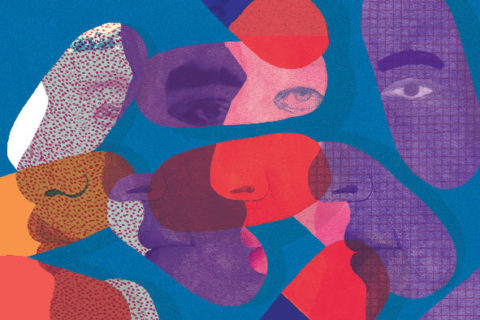 Having a wider array of people participating in medical research is crucial to advancing care for all patients. 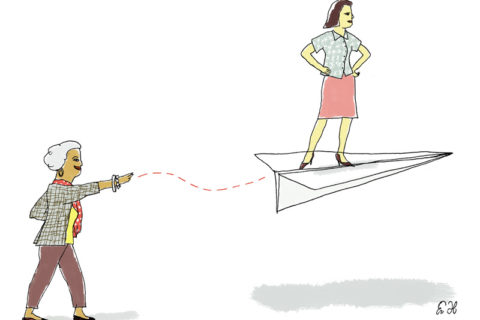 La Mer Walker launched a startup to connect tech firms with diverse talent. (Photo/Justin Officer) In This Together