Students Shannon Brownlee and Chloe Duckworth’s startup uses software that can detect emotions from speech patterns and translate them into vibrations.

It’s apparent in the computer science and quantitative biology double major’s voice as she talks about Valence Vibrations, the startup she co-founded.

But detecting emotions during conversation isn’t a skill that comes easily to everyone — particularly autistic and other neurodivergent people. That’s where Valence Vibrations comes in.

The neurotech company has developed an application that translates vocal pitch patterns into discrete vibrations on a haptic wristband. Those vibrations can help the wearer recognize the emotions of someone speaking in real time by eliminating the sensory confusion of deciphering vocal pitch, spoken context, facial expression and body posturing all at once.

My hope is that this device helps people be more comfortable in daily life and allows them to foster social relationships that can, for many people, be difficult.

“My hope is that this device helps people be more comfortable in daily life and allows them to foster social relationships that can, for many people, be difficult,” says Brownlee, who co-founded Valence with Chloe Duckworth ’22, a computational neuroscience major at the USC Dornsife College of Letters, Arts and Sciences. They met as first-year students living in dorms across from each other.

The two were finalists in a summer 2020 innovation challenge held by Neosensory. This company developed a haptic wristband for deaf and hard-of-hearing people, allowing them to interpret sounds as vibrations. While doing a Stanford internship in high school, Duckworth met Neosensory founder and Stanford University neuroscientist David Eagleman. She’d been excited about haptics ever since, so she reached out to Brownlee to brainstorm ideas and build a project.

“We ultimately chose to convey emotions as vibrations because we were personally motivated to improve emotional communication across different demographics of people,” Duckworth says. The two created software for smartwatches and haptic wristbands that can detect and relay emotions, and the result — Valence Vibrations — is set to launch a wristband-software bundle this fall.

Valence Vibrations placed third in the 2020-2021 Maseeh Entrepreneurship Prize Competition (MEPC) at USC. Duckworth says the MEPC challenge was instrumental in helping them find mentors, win legal funding and learn the logistics of establishing a corporation. The duo also received support and won grants from Spark SC, a student organization that supports entrepreneurship at USC.

When it comes to emotions, concrete answers sometimes are hard to come by, especially for neurodivergent people.

“Both Chloe and I had autistic friends in high school, and we thought that creating a product that could interpret emotions as vibrations could really help them,” Brownlee says.

There hasn’t yet been a popular consumer-facing product to open the hood and use this technology to improve emotional communication. That’s what we aim to be.

For the Neosensory challenge, Brownlee and Duckworth found information on the relatively new field of affective computing—analyzing and representing emotions computationally—online. Affective computing involves developing systems and devices that can recognize, interpret, process and simulate human emotion or mood.

They selected seven basic emotions — happy, sad, angry, disgusted, surprised, fearful, neutral — and mapped them to a wristband. Each of the emotions vibrates the wristband in a unique pattern, made possible by altering both the speed of the vibration and where on the wristband the motion occurs.

There are four different motors on the wristband. For example, an intense vibration on all four motors indicates anger, whereas a light sweep across the wrist indicates happiness.

The device works with an app on a smartphone. The microphone on the phone detects audio and runs it through a neural network on the app. The app is updated every 15 seconds and only vibrates if an emotion changes.

“This device helps a person understand how the speaker is feeling,” Brownlee explains. “It doesn’t tell the person how to react. That’s at the discretion of the user.” Still, Duckworth adds, “We hope our apps improve people’s conversations and emotional connections and revolutionize neurodiversity accessibility in virtual work settings.”

It takes a user about a week to learn how to use the app and wristband. Wearers can adjust the intensity of the vibrations to suit their sensory needs.

Many companies are already running sentiment analysis on different kinds of consumer information. “But there hasn’t yet been a popular consumer-facing product to open the hood and use this technology to improve emotional communication,” Duckworth says. “That’s what we aim to be.”

In addition to the wristband, which currently works on iOS systems only, Brownlee and Duckworth have created another piece of software for Apple watches. Besides vibrations, that software provides visual cues on the watch face displaying the emotion, making it easier for the user to understand what somebody feels.

Valence Vibrations’ third product is a Zoom plugin that visually indicates a speaker’s emotional state based on their voice.

Leah Duker, assistant professor of research in the USC Chan Division of Occupational Science and Occupational Therapy, advised Brownlee and Duckworth throughout Valence Vibrations’ development. She says the products are promising.

By understanding how your actions and words are affecting another person, you can be more conscientious in communicating with them in real time.

“Difficulty recognizing different emotions, as experienced in individuals with alexithymia, has the potential to negatively impact social participation and engagement in everyday activities,” Duker says.

Difficulty in recognizing different emotions could negatively impact social participation and engagement in everyday activities, Duker says. “The opportunity to use learned vibration patterns—delivered by a discrete bracelet or watch—to enhance emotional understanding in real time is an incredibly exciting endeavor that has vast implications for many individuals.”

Although Valence Vibrations takes up a significant amount of the duo’s time, they have many other interests at USC.

Duckworth was the vice president of the Synapse Club and is currently finishing up her work in the Hahn lab supporting connectomics research. She participates in various community organizing and mutual aid work supporting marginalized and low-income students on campus. As part of the group called Dirty Blossoms, she is fighting for equitable financial aid practices for housing and food insecure students.

Outside of USC and Valence, Duckworth started a nonprofit called Hope Hearted in May 2020, providing protective equipment and sanitary supplies to unhoused people in the Bay Area, where she grew up. Five high school chapters now run the work, and the group expanded to Southern California a few months ago. “To date, we distributed 4,000-plus kits,” she says.

Brownlee is the former co-president of CAIS++, the undergrad branch of USC’s Center for AI in Society. Last year, she was part of an international AI competition called ProjectX, where she conducted a computational epidemiology study to predict when an outbreak of a mosquito-borne disease will occur in a certain area based on weather forecasts so areas could reallocate medical resources.

Brownlee also does artificial intelligence and virtual reality work while leading the polymathic club at USC, Corpus Callosum, which is run out of the Ahmanson Lab. She conducts oncology research at the Ellison Institute of Transformative Medicine, and does entomological machine learning research in USC’s Ecological Data Science Lab. She has also been involved in computational genomics research at the USC Environmental Bioinformatics Lab. Somehow, she still finds time for yoga, painting, gardening, and snorkeling.

But the launch of Valence Vibrations is their top priority right now.

“We really want people to use the wristband and be able to get something good out of it,” Brownlee says. “By understanding how your actions and words are affecting another person, you can be more conscientious in communicating with them in real time.” 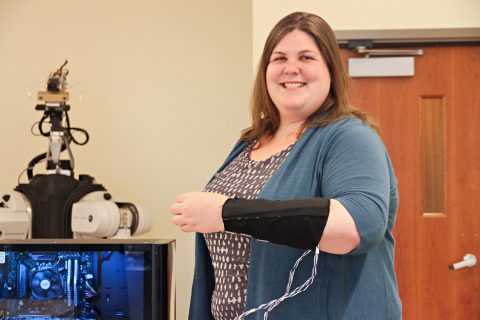 Computer scientist creates sleeve embedded with elements that simulate sensations. The device could be a therapeutic tool for people with anxiety. 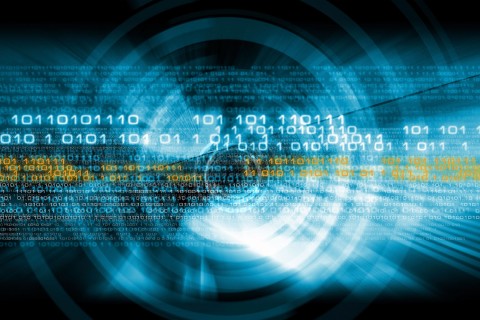 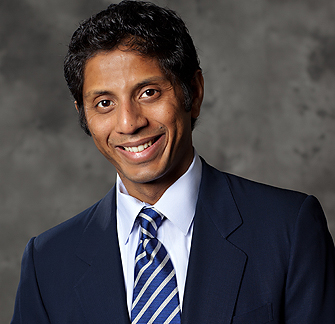 In recent years, USC Viterbi School of Engineering professor Shrikanth S. Narayanan has worked on behavioral informatics, a new field aimed quantifying and interpreting human interaction and communication through the use of engineering and computing innovations.