Lady in the Lake

Drought Answers Buried in the Mud

To dig up history on climate change and drought, Sarah Feakins studies the sediment on lake bottoms

Far beneath the murky surface of the lakes lie secrets.

These secrets are hidden dozens of feet below the sediment and hold clues about the Earth’s climate dating back tens of thousands of years.

And today, these ancient secrets are providing insight into California’s current drought—and what we might be facing today.

Paleoclimatologist Sarah Feakins, an assistant professor in the Department of Earth Sciences at USC Dornsife College of Letters, Arts and Sciences, says there’s no clear, predictable pattern when it comes to droughts. But she says some have lasted decades and even centuries as a common feature of California’s climate. The evidence, Feakins says, is contained in the wax of plant leaves that become part of the sediment under lowland lakes.

Feakins’ USC lab specializes in extracting molecular-level hydrogen isotopic information out of the waxy molecules from plant leaves, which stay relatively well preserved deep under lakes. The tools of Feakins’ trade include such lab equipment as a gas chromatograph and an isotope ratio mass spectrometer.

And, from the surface of a lake, Feakins and her researchers use a pipe to drill down into the sediment core some 30 feet—a method called “coring” that she and her team have used at Zaca Lake in the San Rafael Mountains near Santa Ynez.

With students and a colleague at Cal State University Fullerton, Feakins’ team also has worked on sediment from Lake Elsinore in Southern California.

At Zaca Lake, Feakins was able to detect climate clues dating back some 3,000 years that showed signs of droughts lasting several hundred years. At Lake Elsinore, the wax from plant leaves provided a window going back an astonishing 33,000 years.

Feakins’ research is critical to understanding the drought because state climate records only go back around 150 years. And her work is especially vital in a region whose relatively low elevation means there are no deep tree rings to study as there are in the Sierras, for example.

2014 was exceptionally hot and dry. “In the last 150 years, it’s the worst on record,” Feakins says of the current three-year drought. How long the drought will continue, however, is one secret that can’t be found deep beneath the bottom of a lake.

“California has seen long droughts before,” Feakins says. “We just now have a huge population to deal with.” 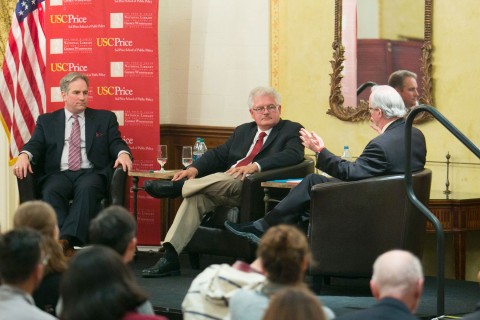 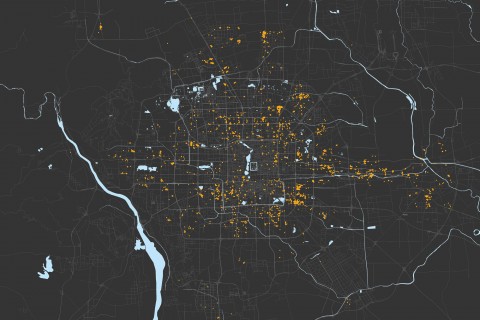 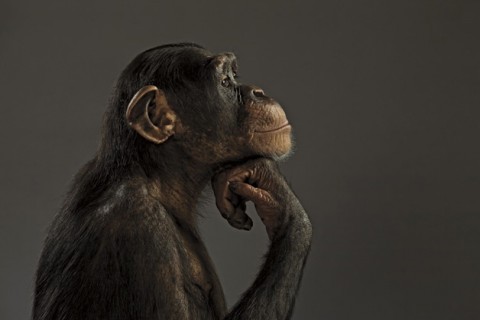 USC biologist Craig Stanford wants to keep the great apes from vanishing from the face of the earth.

Drought Answers Buried in the Mud