Getting a big promotion at work is usually cause for celebration. But when Corii Berg ’89 was tapped for his first important global leadership position a decade ago, the lawyer hesitated.

Worried he didn’t have enough experience in the area, he considered turning down the offer. Then a mentor gave him a piece of advice: You might never know as much as the people working for you, and that’s OK. Those words changed his approach to managing others.

“There is so much talent, intelligence and passion out there,” Berg says. “To me, a big part of leadership is about surrounding yourself with smart, hard-working people, treating them with respect and giving them the space to do their thing.”

That mindset has served him well during his successful career in the entertainment industry, most recently as general counsel of Lionsgate Entertainment. And it’s the same strategy he adopted for his newest leadership role: the 96th president of the USC Alumni Association Board of Governors.

As the university undergoes transition and growth, he sees opportunities for USC to reflect on its values and strengthen its connections with alumni. And he vows to rely on others for guidance and support.

“I sincerely want everyone around me to be smarter than I am,” he says. “It’s the best way to accomplish great things, and it helps me and others learn. I want people with confidence and know-how who are prepared to tell me where things can improve.”

Berg first learned team-building skills as editor of his high school newspaper in San Diego. At the USC Annenberg School for Communication and Journalism, he recalls late nights at the Daily Trojan and commiserating with fellow broadcast majors about their cramped basement studio.

“It was pretty dark, pretty dank,” he says. “But I wouldn’t take any of it back. It was all part of the experience.”

Drawn to the excitement of Hollywood, he started at Sony Pictures and steadily climbed the industry ranks. As Lionsgate’s most senior legal and business affairs executive, Berg has no typical day: From launching joint ventures to reviewing film footage, he stays on top of litigation and all business matters.

Along the way, the Bergs built a loving family: son and USC junior Eben, daughter Elli, and son Aric. As he became more settled in his work and family life, Berg began thinking about giving back to his alma mater. What started as philanthropic donations led to leadership roles with USC Annenberg’s alumni advisory board and then the USC Alumni Association.

“It was the right place and right moment for me to become re-engaged and give back to an institution that gave me so much,” he says. “It felt more than right — it felt like something I needed to do, wanted to do and was excited to do.”

It all started at USC: Michael Ausiello recalls how his days at Annenberg informed his work as a TV journalist. He is portrayed by actor Jim Parsons in the feature film "Spoiler Alert" based on his 2017 memoir. (Photo/Gus Ruelas) Trojan Love Story 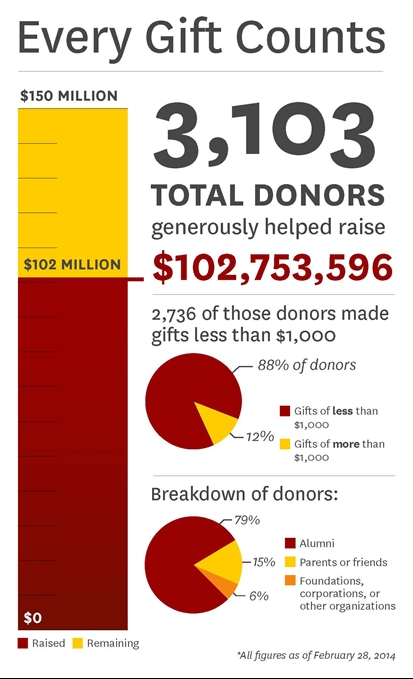 The USC Annenberg School of Communication and Journalism fundraising initiative has surpassed $100 million since launching in fall 2012.