If you’re like most people, you’re picturing an eccentric genius with a shock of white hair, maybe scribbling at a blackboard alone. But in his earlier years — when he did his most significant work — Einstein was a guy with nicely coiffed dark curls who enjoyed working with lots of collaborators in the lab. He had a wry sense of humor, too.

Could offering a more realistic and human portrayal of one of the world’s most famous scientists make science more accessible? Physicist Clifford Johnson thinks so. As a consultant for the television series Genius, the USC professor of theoretical physics helped the scriptwriters bring the famed scientist to life as a relatable person. Johnson also has advised Marvel and other Hollywood studios on movies like Thor: Ragnarok and Avengers: Infinity War and TV shows like Timeless and Agent Carter.

But in the made-up world of Hollywood, why bother with scientific plausibility?

“Science is for everybody,” Johnson says. “It’s something that should be part of our everyday language and how we think and the way we navigate the world.”

We’ve still got a way to go, he admits. The world seems to be entering a sort of dark age in which science is being rejected wholesale by many who are unfamiliar with — or intimidated by — its methods. Johnson cites the ongoing debate over climate change, which, he says, is driven by politics more than science. He also notes the emotionally driven discussion around issues like stem cell research and childhood vaccinations.

A big part of the problem, Johnson says, is the traditional depiction of scientists as stuffy and out of touch. Chances are, the last scientist you saw on-screen was shy, awkward and socially stunted. Or, on the other end of the spectrum, an unhinged genius bent on destroying the world. Johnson’s solution is to show science and scientists in a more human light to make them — and their work — more approachable and trustworthy.

As a movie consultant, he does that by encouraging filmmakers to depict scientists as they are: ethnically diverse men and women collaborating on scientific methods to arrive at the truth.

He also works toward that goal in his graphic novel The Dialogues: Conversations About the Nature of the Universe. In one chapter, a young brother-and-sister duo devise a theory and experiment to understand how the small amount of rice their mother cooks becomes big enough to feed the family. In another, a man and woman on a train start discussing whether there is any truth to the axiom that “love never dies” and end up talking about mortality and the nature of black holes.

“What I do,” Johnson says, “is sprinkle science in a fun and accessible way.”

Does he think it’s working? Too early to tell, the scientist admits. “It may have just begun,” he says of the growing skepticism of science-based facts, “or this might be just a blip.”

Either way, he believes, the power of science is bright enough to bring facts — and understanding — to light. 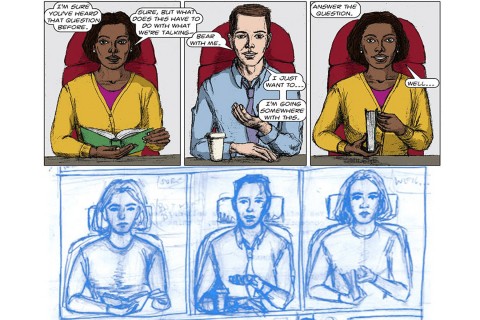 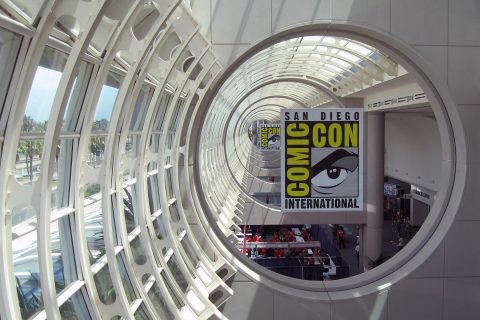 Comic-Con, not just about comics any more, is changing the entertainment industry

USC experts note that the annual event, which opens Thursday in San Diego, is making a difference behind the scenes and on screen, too.