Revitalize Civics Education By Connecting Real-World Action to the Classroom

In an age of disinformation and disaffection, how do we teach the next generation of informed, active citizens?

In the aftermath of the 1992 Los Angeles uprising, I started to understand my role and responsibility in our American democracy. Through my community and church, I had the opportunity to get involved in several youth events and actions aimed at helping to rebuild L.A.

My family, church and community, and life experience were my civics education teachers.

As a part of a summer program I participated in, diverse youth from the area studied some of the causes of the uprising, which included conflict between racial and ethnic groups. Through this experience, I learned how some conflicts were due to a lack of understanding about cultural differences during our interactions with each other. I learned about the role of the media in our society after touring the Los Angeles Times building. And I was able to see the L.A. City Council chambers. My church participated in the development of Shalom Zones, neighborhoods that encourage residents to move toward healing and peace, and I was one of the youth speakers at the launch of this initiative designed to help L.A. communities.

My family, church and community, and life experience were my civics education teachers.

I learned that voting, protesting, attending school and working to improve the community were powerful ways to be engaged in civics. I learned that the policies made by local, state and federal governments do impact people’s lives and that people have a right to voice their opinions to the government and a responsibility to participate. I also learned that debate and dialogue, seeking to understand different perspectives and, at times, coming to a compromise are very important to how our government works — and how we participate in it.

In school, civics education is often taught like another chapter in a history textbook. The emphasis tends to be on factual information like names, dates, places and key moments in the building of the American democracy. And while the purpose of civics education is to teach how government works, how people participate in it and the definition of democracy, it is often taught in a way that is far removed from students and the events occurring in communities, the country and the world.

Connecting their realities to the lessons traditionally learned in school would make for a powerful and engaging civics education.

For many young people, understanding of civics is shaped by what happens in their communities and how these events are discussed there. Many young people become civically engaged outside of the textbook, taking action in their schools and neighborhoods to voice their perspectives and make changes and improvements. Connecting their realities to the lessons traditionally learned in school would make for a powerful and engaging civics education curriculum at all grade levels.

This is the work that I hope to tackle with The Democracy Project, a program I co-created to update civics education in the classroom. It offers a curriculum and professional development program for educators to connect key topics — including government and politics, debate, dialogue and collaboration, and voting — to action. Students will learn civics by being involved in it.

Similar to how the 1992 L.A. uprising shaped my understanding of the government, national events like the 2020 presidential election, the storming of the U.S. Capitol, the Black Lives Matter protests and COVID-19 are shaping how young people understand the government, its functions and the role of the people. In this age of disinformation, one way young people learn about civics participation is through technologies and social media. While the power of technology has made news more accessible and community organizing faster, it has also been used to spread misinformation and propaganda about the U.S. government, voting and key political issues throughout the country. Therefore, civics education in schools must move outside of the textbook and engage students directly through their own experiences and perspectives. 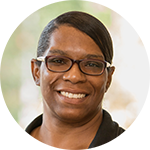 Akilah Lyons-Moore MAT ’10, EdD ’14 is an assistant professor of clinical education at the USC Rossier School of Education. Prior to her appointment at USC, Lyons-Moore worked in charter school leadership as director of curriculum and instruction and later as principal at a top-performing charter school in the San Fernando Valley. Her interest in history, politics and culture underlie her belief that a relevant and rigorous K-12 education for historically marginalized students is a key factor for creating a more equitable society. 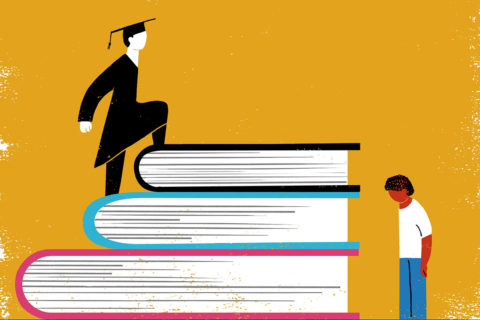 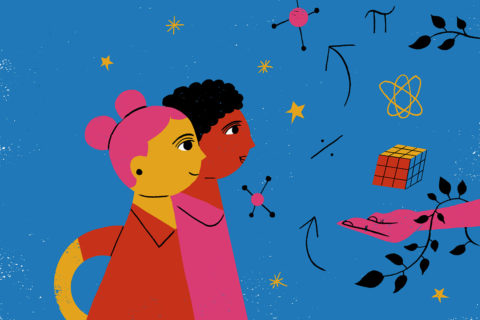 “Girls Can’t Do Math”: How Unconscious Bias Leads to Gender Gaps in STEM

How we teach mathematics can discourage women from pursuing computation-heavy fields. 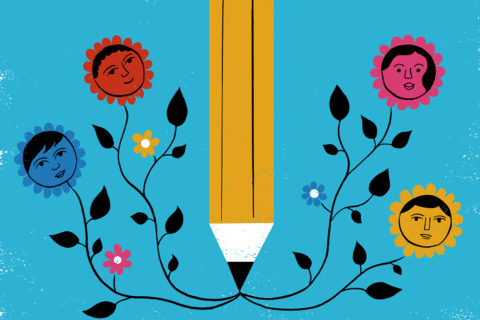 Poverty is not a learning disability. It’s a barrier to education that we can overcome together.

Revitalize Civics Education By Connecting Real-World Action to the Classroom