Can Depression Drugs Fight Cancer? USC Aims to Find Out

As chairman of Fubon Financial, the largest and most profitable financial group in Taiwan, USC Trustee Daniel M. Tsai is building his family business sensibly—with well-researched investments, dependable partners and a focus on satisfied customers.

He’s taking the same savvy approach to his involvement in USC.

Earlier this year, Tsai gave $1.5 million to the USC School of Pharmacy to create a research center that will pursue a promising strategy to fight cancer. The USC Daniel Tsai Fund for Translational Research in Pharmacy explores drugs that target a chemical in the body called monoamine oxidase, or MAO.

These drugs, which interfere with MAO’s activity, are a tried-and-true standard in medicine, especially in treating neurologic problems. Doctors prescribed them as far back as the 1950s to treat depression. But recent studies hint that these same common drugs might also hinder the development of cancer.

The center not only will boost USC’s efforts to quickly move potential treatments to patients, but also will cement relationships in the Pacific Rim. Based both at USC and in Taiwan, the center involves the exchange of trainees, research findings and expertise. Tsai is big on trans-Pacific collaboration: He’s been an active supporter of USC’s outreach in Asia and served as a featured speaker at the university’s 2009 Global Conference in Taipei.

“I believe international collaborations between expert researchers are one of the keys to developing new ways to treat disease,” Tsai says. “I am proud to support USC and, in particular, the work of Dr. Shih to ensure these collaborations take place.”

Tsai invests more than funds in USC; he also gives his time. He joined the USC Board of Trustees in April. A 1978 graduate of National Taiwan University, he received his master’s degree in law from Georgetown University in 1979. His wife, Irene, earned a master’s degree from the USC Annenberg School for Communication and Journalism in 1985, and three of the couple’s four children are USC students.

His gift is part of the Campaign for the University of Southern California, a multiyear philanthropic effort to advance USC’s academic priorities and expand the university’s impact on the community and world. The USC School of Pharmacy’s fundraising kick-off is Nov. 3. 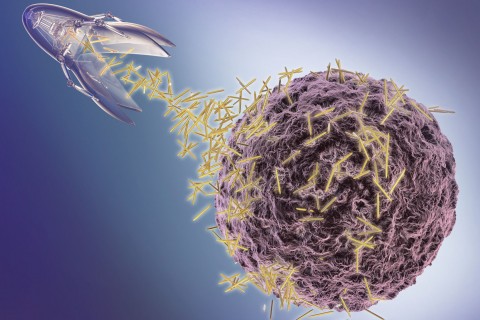 Cities are getting hotter, and that means dire consequences for our physical and mental well-being— more so for some. Trojan experts respond with community collaboration, climate curricula and cooling strategies. Cancer Quest

Can Depression Drugs Fight Cancer? USC Aims to Find Out