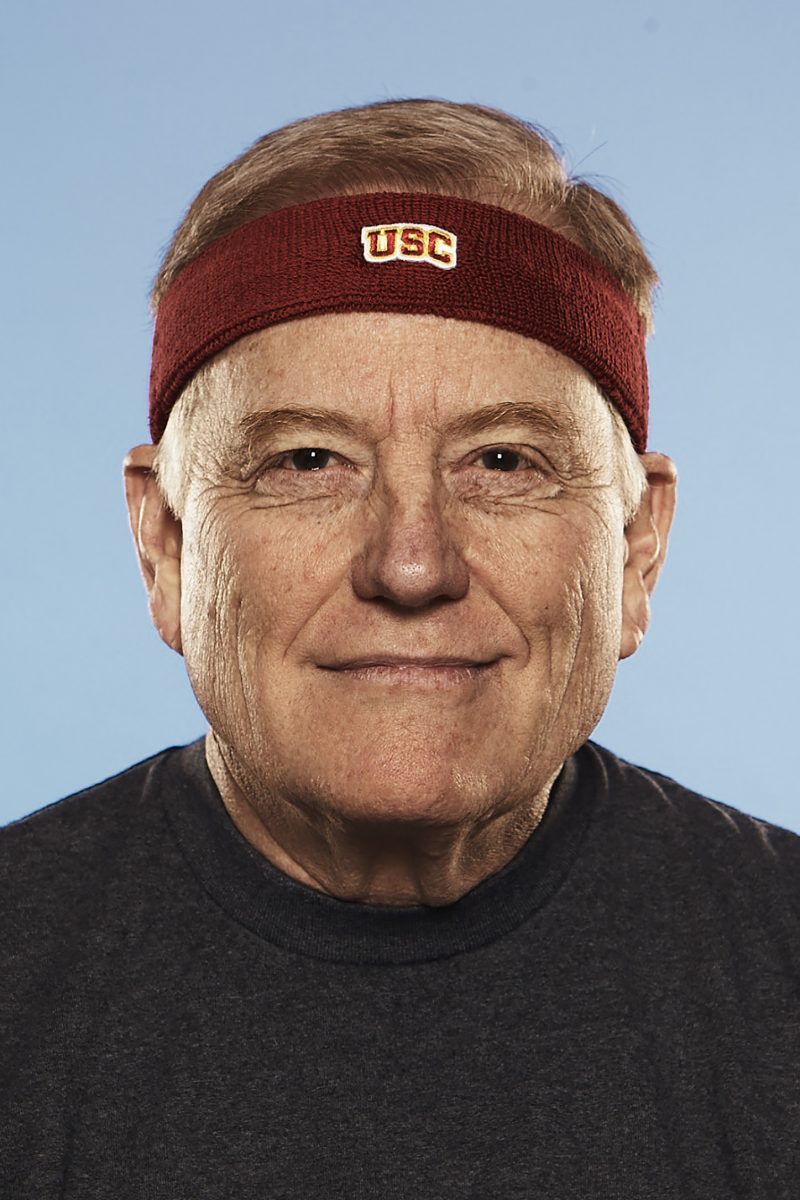 Research participants placed in the physical activity intervention group will do moderate aerobic walking 150 minutes each week to determine its impact on their brain health. | PHOTO BY NATE JENSES

It can start slowly and with slight changes.

You misplace your keys. You walk into a room and can’t remember why you went there. While these common lapses can be chalked up to busy schedules or simply getting older, in time, the behavior can morph into forgetting conversations altogether or being unable to recall a friend’s name. These are symptoms many patients diagnosed with Alzheimer’s disease cite as the first signs something is off.

“Early on, they know they’re changing,” says Judy Pa, assistant professor at the USC Stevens Neuroimaging and Informatics Institute and the neurology department — both in the Keck School of Medicine of USC. “They used to be outgoing and go to dinner parties, and now they have anxiety and don’t want to go out because they’re embarrassed. ‘What if I don’t remember Sue’s husband’s name this time?’ Or they start to tell the same stories over and over again, and their child or spouse will say, ‘Oh, you actually told me that already.’”

While there are a few medications approved by the FDA for the treatment of mild to moderate dementia, there is currently no effective treatment for Alzheimer’s, a slow and progressive brain disease that affects 5.5 million Americans. Pa says the problem is these medications do not treat the disease itself; they only treat the symptoms.

“Unfortunately, they don’t really work,” she explains. “Patients will take them and say, ‘I am starting to feel better’ for maybe a few months, and then the effects wear off. A lot of studies suggest that even if the medication makes you feel better for a few months, the patient will still have the same amount of decline as those who never took it. Neurologists will prescribe them because they feel it’s worth a shot. But at the end of the day, it’s not a disease-modifying treatment.”

This lack of pharmacological options for those suffering with the disease is what inspired Pa to develop the research project, LEARNit (Lifestyle Enriching Activities for Research in Neuroscience Intervention Trial), which will look into whether two modifiable lifestyle factors — physical and cognitive activity — can have an impact on brain health in people who have not been diagnosed with Alzheimer’s but are at risk for the disease.

“What we’re looking for is a noninvasive way to help older adults keep their brains healthy,” says LEARNit Project Manager Lisette Isenberg, who holds a Ph.D. in cognitive neuroscience. “The goal is to see whether a relatively easy intervention, as opposed to going on a drug, is going to make a big difference in how their brain is able to function as they age.”

COULD LIFESTYLE ADJUSTMENTS MAKE A DIFFERENCE?

Pa says there is evidence that if you improve conditions such as high blood pressure, diabetes, high cholesterol, depression and lack of cognitive stimulation, it can potentially reduce your risk for Alzheimer’s disease.

“There are different studies that have examined these modifiable lifestyle factors but not enough clinical trials to actually prove it,” Pa says. “They were observational and aggregated data that already existed, whereas in a trial, you can randomize people and have more control over any potential baseline differences between your groups.” LEARNit is one of the first studies to take an in-depth look at the effects of cognitive and physical activity from a brain-imaging perspective. 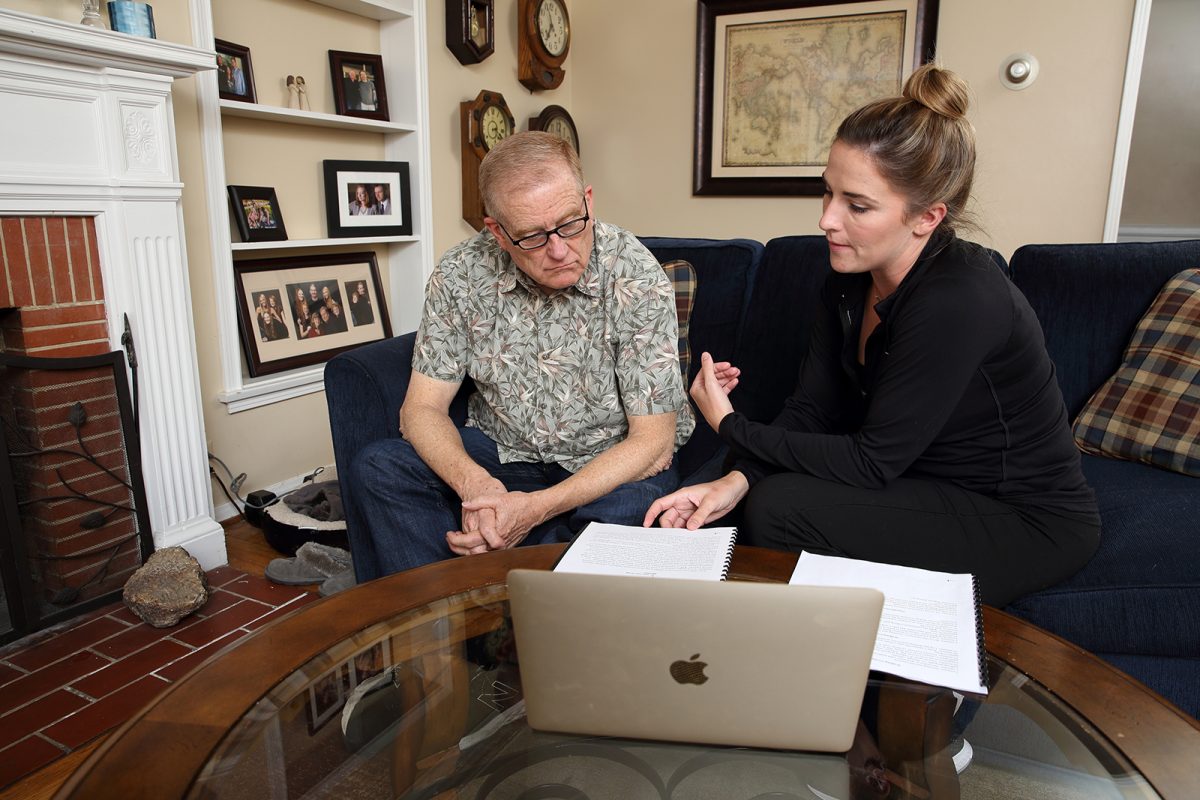 Research participants in the cognitive activity intervention group will spend 150 minutes a week reading about modifiable lifestyle factors important for aging and Alzheimer’s disease to determine its impact on their brain health. | PHOTO BY GLENN MARZANO

According to Pa, there is not enough public awareness of the impact modifiable lifestyle factors can have on the brain. “That’s why we focus so much on brain imaging and blood draws,” she says. “So we have empirical evidence that physical or cognitive activity has specific brain effects that we can measure and then take that back out to the public and say, ‘This is what it’s doing to your brain.’”

LEARNit received a five-year, $2.9-million grant from the National Institute on Aging, an arm of the National Institutes of Health, and plans to enroll 100 participants between the ages of 60 and 80 in one of two at-home interventions. They are looking for individuals who are sedentary, willing to undergo brain imaging, competent in English, mobile and interested in contributing to the science of brain aging.

Jeff Leonard, 66, learned about the trial during a presentation Pa gave at his church. Though not officially diagnosed with Alzheimer’s, Leonard has noticed in the past few years that it can take longer to recall specific words he’s looking for. “My wife thinks I forget some of the conversations we have,” he says.

But his decision to sign up for LEARNit came more from a desire to be of service. “When I was in college getting my MBA, I had to do research, and I remember it was tough to find people who would participate,” he says. “I thought this was something I could do, and it would be helpful.”

To determine a baseline assessment, participants undergo a battery of cognitive and physical tests over two days at USC’s Health Science Campus that includes neuroimaging via MRI and PET scanning.

LOOKING AT THE IMPACT OF PHYSICAL ACTIVITY

Those randomly placed in the physical activity intervention will be doing moderate aerobic walking 150 minutes a week. “It should be fast and get their heart rate up,” says Erin Fitzgerald DPT ’13, a physical therapist and the trial’s interventionist. She will be walking with the participants once a week for the first month, every other week for the second, and then once a month thereafter. Fitzgerald will teach them how to increase the intensity of the activity if their heart rate isn’t reaching the optimal level. “They can do that by picking paths that are longer and have hills,” she says. She’ll be talking to them about monitoring their heart rate, staying motivated, picking a time of day that works, walking with music or a partner, wearing comfortable walking shoes and appropriate clothing, finding safe locations and finding places to walk if it’s raining.

Alzheimer’s disease is in part caused by the death of cells in a specific portion of the brain. Exercise can help generate new cell growth in that area.

“Alzheimer’s disease is in part caused by the death of cells in a specific portion of the brain,” Isenberg says. “Exercise can help generate new cell growth in that area.”

“Exercise has a lot of very positive brain effects,” Pa adds. “One is neurogenesis. For a long time, we thought we were born with all the neurons we would ever have in our life. That’s why we said we really need to take care of them. But we now know there’s an event that happens called neurogenesis in which there is a birth of new neurons.”

LOOKING AT THE IMPACT OF COGNITIVE ACTIVITY

Participants randomly placed in the cognitive activity group will spend 150 minutes a week reading about specific modifiable lifestyle factors that are important for aging and Alzheimer’s disease. There are 15 topics that include smoking cessation, healthy eating, sleeping habits and financial planning, and participants can choose the two per month that appeal to them most.

“Each month, I’ll meet with them and give them the packets,” Fitzgerald says. “We’ll talk about the topic introduction, and then there are questions at the end of each segment. We’ll go through the review questions from the topics they read about the month prior and make sure they don’t have any questions, or I’ll give them resources about where to learn more.”

Isenberg stresses the importance of staying cognitively active as you age: “The more engaged you stay, it helps your cognitive function, so you want people to be engaged both socially and cognitively. We know it’s kind of a ‘use it or lose it’ scenario. After somebody retires, the demands that are placed on their brains just aren’t as great, so they’re not continuously challenging themselves. You can start to see a decline in performance.”

After six months, participants will return to the Health Sciences Campus for another two-day visit, during which they will undergo the same cognitive assessments, physical function testing, brain imaging and a blood draw, which will be compared to their baseline test.

“We give them an intervention we think should improve their brain, and then we measure it afterward because it shows us what the intervention did to the brain,” Pa explains. “Did it make the brain healthier? Did it improve the communication between different brain areas? Did it change the level of the protein binding from the PET scans? So it allows us to look at change. That’s really important for a clinical trial — to say whether it was effective or not.”

“MAYBE THEY’LL GET A NOBEL PRIZE”

Isenberg says the ultimate goal for LEARNit is to figure out a way to delay the onset of Alzheimer’s disease by five or 10 years. “Because then we could potentially find a cure, or patients could live a long and happy life without ever having to develop dementia,” she says. “They can die of natural causes if we can delay it long enough. We are trying to preserve their quality of life.”

Pa continues, “If we can understand what combination of therapies has to occur so someone can maintain their cognitive status at the age of 60 or 65 or have it decline at a really slow rate until they’re 85, that would be ideal.”

As for Leonard, he’s expecting big things to emerge from the trial. And while he doesn’t yet know if he will land in the cognitive or physical activity intervention, he is looking forward to helping the greater cause.

“I want to be a good patient,” he says. “I want them to get good results and, who knows, maybe I’ll be part of helping them find something that will help a lot of people with Alzheimer’s. I don’t know … maybe they’ll get a Nobel Prize for something they discover.”

To participate or learn more about the study, call the LEARNit study line at (323) 442-0141 or email LEARNstudy@ini.usc.edu.

This story originally appeared in the Spring 2017 issue of InMotion Magazine (PDF) from the USC Division of Biokinesiology and Physical Therapy. 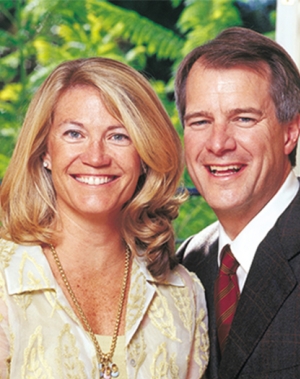 Research participants placed in the physical activity intervention group will do moderate aerobic walking 150 minutes each week to determine its impact on their brain health. | PHOTO BY NATE JENSES Powering Change

“The field of neuroscience represents the next great frontier of medical research in the 21st century,” Mark Stevens says. 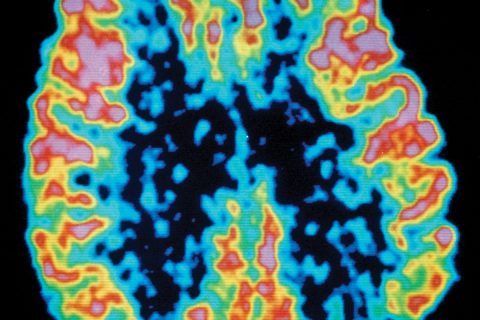 Research participants placed in the physical activity intervention group will do moderate aerobic walking 150 minutes each week to determine its impact on their brain health. | PHOTO BY NATE JENSES Changing Minds

USC Researchers Race to Get Ahead of Alzheimer’s

Every 66 seconds someone’s loved one is diagnosed with the disease. Researchers want to know how it happens, and stop it. 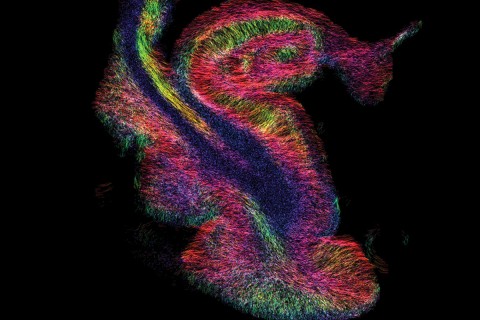 Research participants placed in the physical activity intervention group will do moderate aerobic walking 150 minutes each week to determine its impact on their brain health. | PHOTO BY NATE JENSES Image Conscious

Will Big Data Finally Demystify the Brain and Alzheimer’s?

Digital imaging could revolutionize how we detect and treat dementia and neurologic diseases.