Globe-trotting Millennials are on the move. They’re taking on our interconnected economy through USC’s World Bachelor in Business.

“What’s your major?” It’s a question USC freshmen hear a lot in their first few months on campus. For Aseem Afsah, answering that question was a little complicated. 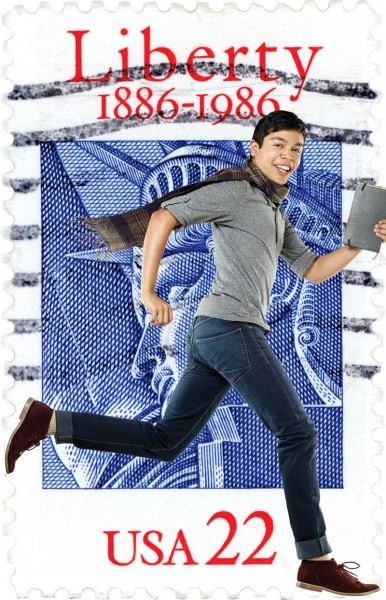 As part of the first group of students in the World Bachelor in Business program, Afsah recently finished his freshman year at the USC Marshall School of Business. Now the Round Rock, Texas, native is getting ready to move to Hong Kong University of Science and Technology, and next year he’ll head to Università Commerciale Luigi Bocconi in Milan.

Like other WBB students, he’ll finish his senior year at one of the three institutions (he’s currently leaning toward Hong Kong). Then comes the kicker: Upon graduation, he’ll receive three degrees—one from each university.

A passion for languages and cultures drew Afsah to the program. In high school, he won a prestigious travel grant to Mexico from the Spanish National Honor Society. More recently, he’s developed an intense interest in East Asia. “I’m irrationally obsessed,” he admits.

Afsah’s curiosity is deep and genuine, but he also understands how valuable intercultural skills are in international business careers. “I’m totally embracing it, and it’s sort of nice for me because it goes along with my passions,” he says.

Afsah’s globalist outlook is increasingly the norm among Millennials. Born in the 1980s and 1990s, Millennials tend to be more open and tolerant of others, more entrepreneurial and more interconnected than previous generations, according to a Pew Research Center study. As the most networked and globalized generation to date, Millennials are looking to explore, network and build careers that will eventually span the world. The WBB may be just what they ordered. But the international experiment grew just as much from the global binoculars of business leaders as it did from Millennials’ interests.

Students from more than a dozen countries kicked off the first year of the World Bachelor in Business at USC.

Here’s a quick look at the international program.

Applicants to the inaugural class at USC: 855

In the two decades since Afsah and his classmates were born, global markets have grown more interconnected thanks to the transformative power of electronic communication, transportation and liberal trade accords. Business has evolved rapidly, and so have the skills needed to lead it.

Fittingly, the idea for WBB emerged when two former classmates from two renowned business schools on different continents came together. John G. Matsusaka, former vice dean for faculty and academic affairs, had dinner with an old friend from graduate school who at the time was vice provost for global initiatives at Bocconi, a top-five European business school. It hit them: Why not work together to create an education for the world business leader of the future? The Hong Kong University of Science and Technology would later round out the program.

Freshmen start by exploring electives as well as foundational courses like Microeconomics and Leading Organizations at USC Marshall, then travel to South America for a 10-day trip to meet with business executives. WBB classes are taught in English, though students will learn some Chinese and Italian throughout the program. 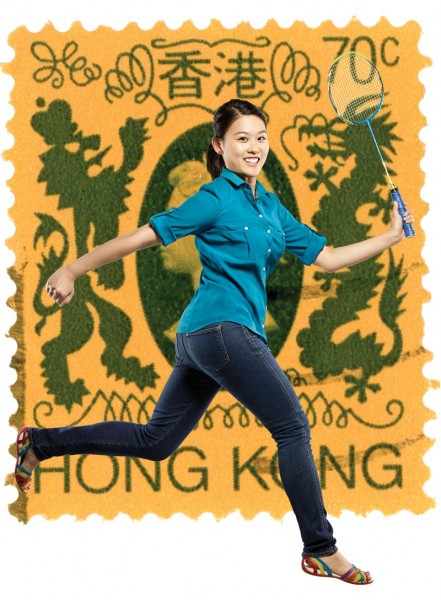 As sophomores at HKUST, students leverage the school’s strengths in science and technology, studying information systems and statistics while becoming immersed in Asia’s business world. Students continue to select humanities electives that span history, philosophy and literature to give them a deeper understanding of Western and Chinese cultures.

As they head into their junior year at Bocconi, they home in on subjects like corporate finance, economics and the European Union legal culture.

In their fourth and final year, seniors select a concentration and university to complete their degree based on their academic interest. In 2013, its first year, the WBB attracted a highly selective class of 45 students hailing from 13 countries, from Malaysia to Switzerland. WBB freshmen averaged a high school GPA of 3.7 (without weighting for Advanced Placement courses), and 37 percent of them were on a merit scholarship. A panel of representatives from the three universities chooses the program’s students.

Sophia Lim, a soon-to-be-sophomore who spent the last decade in China, is a sort of poster child for the program. Lim grew up speaking Mandarin, Cantonese and English, and has traveled throughout Asia, Europe and North America. Lim embraces opportunities to understand others better: She was inspired to learn American Sign Language after visiting Gallaudet University, a school for the hearing-impaired in Washington, D.C.—even though she knew no one who was deaf.

Lim’s father, who moved the family from Hong Kong to Shanghai to take a job with a Dutch company when his daughter was 7, understood well the potential of a program like the WBB and encouraged her to apply. “Since he has such a global perspective in terms of the people he works with, he understands that having this exposure can really help me, especially if it’s in business,” Lim says. “I can learn the best from three schools and be prepared for a future on all three continents.”

Like a true Millennial, Lim is eager to explore the world and immerse herself in other perspectives.

“I always thought I’d go back to Hong Kong for university, which was the plan up to the moment when I submitted my application,” Lim says. “But I felt like if I went back to Hong Kong I’d be stuck there, which is not what I want yet. The WBB gives me the opportunity to try different things.”

Alec Levenson, a research scientist at USC’s Center for Effective Organizations, consults with leading companies on generational differences in the workforce.

While he cautions that similarities between generations are much more significant than differences, he’s found a few broad areas where Millennials are unique. One is their interest in learning about completely different societies.

“This generation is much more colorblind and culture-blind than previous generations,” Levenson says. “They approach meeting new people and cultures with much more of an open mind and less bias in terms of interacting with them.” 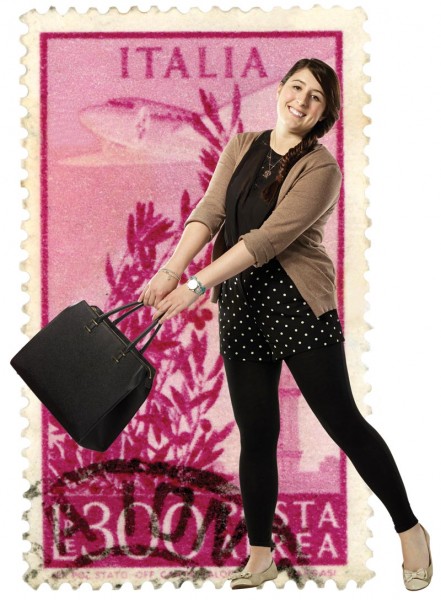 Just ask Anna Chiara Pollastri, a freshman from Italy. Pollastri grew up in a small town 40 miles outside Bologna. Most people never leave the area, she says, so her parents were shocked by her decision to go to college in the United States and Hong Kong.“They couldn’t really understand it,” Pollastri says. “The mentality there is, you are born there and you stay for your whole life. My decision was kind of revolutionary.”

Pollastri hopes to build a career in international consulting, in part because it will allow her to travel around the world and interact with a wide variety of people. She discovered her passion for travel and cultural interchange after studying in Massachusetts as a high school exchange student.

Millennials are often referred to as “digital natives” because they grew up with online technologies and can wield them as fluently as their first language. World Bachelor in Business student Benjamin Rubin, the son of an American and an Israeli, may be more native than most. He adopted Facebook and Skype early, thanks to a childhood of shuttling between the U.S. and the Middle East. He learned quickly how to keep up with friends and family half a world away.

“If you have a laptop, you can become a very knowledgeable and powerful person,” Rubin says.

When it came time to decide on a college, Rubin asked his Israeli grandfather’s advice on an intriguing new program that seemed custom-made for globally oriented budding entrepreneurs: the World Bachelor in Business. “He told me to take into consideration the fact that I’d be pretty much alone, as opposed to going to college in Israel and staying in the protective bubble of my family,” Rubin says. “But that was also one of the things I wanted—to be thrown out into the deep water and see how I dealt with it. My grandfather encouraged it. He said, ‘Be exposed to as much culture, as much experience as you can.’”

When he left for USC, Rubin did his Millennial duty: He taught Grandpa how to use Skype.

“Living in a small town all my life had made me kind of closed-minded. Here in the States, people are so open-minded. You can be as weird as possible, and you can still find people who accept you for  who you are,” Pollastri says. “I want to accept and embrace ev ery culture, every kind of person.”

One surprise is how quickly the diverse group of WBB students connected with each other. Lim helped launch an informal language program for  WBB students who want to improve their  Chinese and Italian. Afsah, who played soccer in high school, formed an intra mural team with his new European WBB  friends. “They really know how to play, and it  gives us another way to bond,” he says.

The students seem to love the cultural and  intellectual give-and-take. Their classroom and in formal discussions have covered everything from the  rules of American football to climate change. Pollastri enjoys discussions about current affairs; education in the WBB program, she says with relish, is about “burning issues.”

As the students learn from each other, their professors  and the vibrant cities around them, they’re building an invaluable network. USC Marshall’s Ellis is already impressed with the maturity of the students, and adds that

USC Marshall’s program may just be the beginning. Students are asking for more global opportunities, and Ellis hopes to launch similar efforts for USC Marshall in other corners of the world. “Students today just seem to get it,” Ellis notes. “They say, wow, there’s so much opportunity around the world, how do I get on that bandwagon and take advantage of it? Those are the students we want.” 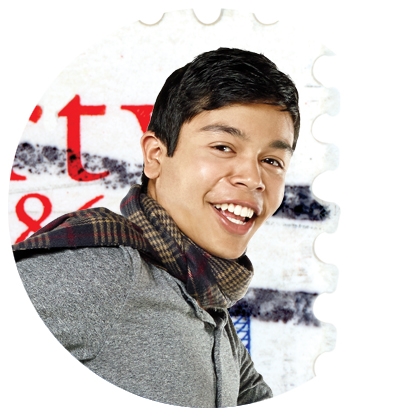 He loves clean fonts and classy design. Meet one of the students from the first class of the World Bachelor in Business program. 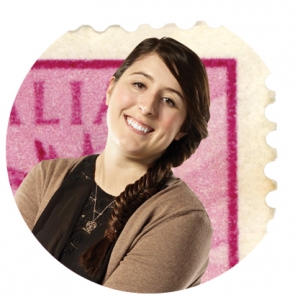 She loves game-changing thinkers. Meet Anna, of the students from the first class of the World Bachelor in Business program. 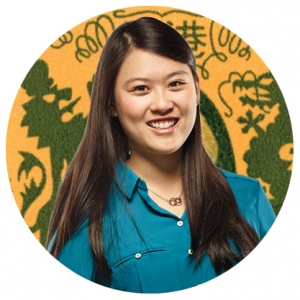