Alex Blake grew up with music as an integral part of his life. He was four or five when he joined his church’s choir. As a teen, he aced the AP Musical Theory exam, a course his school didn’t offer and that he didn’t study for. Today, he’s a doctoral candidate in the USC Thornton School of Music’s choral music program. He’s also the founder of Tonality, a diverse 25-person choir that aims to connect all people through music. The choir’s performances at St. John’s Cathedral—just a stone’s throw from the University Park Campus—touch on issues ranging from social justice to LBGTQ and immigrant experiences. 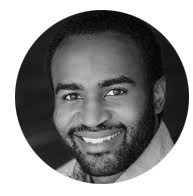 USC writer Joanna Clay caught up with Blake to learn more about how he uses music for unity and understanding.

What inspired you to start Tonality?

I was asked to teach my choral arrangement at a local high school in North Carolina. I stayed with a friend, and when I went out in the morning to my car, a police officer was there. At the time I was dressed ready to teach in a Wake Forest jacket, vest and tie. I was asked for my ID. I said it was in my friend’s house. The policeman said, “I will wait.” I went back in and gave him my ID and nothing happened. I was clearly in a predominantly white neighborhood. I don’t know why, but I guess someone must have called and reported that I was there.

As time went on, I felt a composite of emotions, ranging from embarrassment and annoyance to frustration and anger. It was my first personal experience with institutionalized racism, but now with the multiple instances of violent interactions between minorities and the police, I realize that my experience could have been worse. I also realize that we still have a long way to go in terms of interacting as members of a community. This, in part, inspired the mission of Tonality to break down barriers and promote diversity and unity.

How did classical music’s lack of diversity affect you ?

There was a moment in college. I had been studying voice and I saw an African-American singing a Bach cantata. It clicked: “Oh, this world is for me.” That moment made me feel less like the “other” in classical music and more like I belonged. By having an array of cultures represented in Tonality, I hope we can do that for a lot of people.

By having an array of cultures represented in Tonality, I hope we can do that for a lot of people. An Indian composer named Reena Esmail, who arranged one of her pieces for Tonality’s inaugural concert, came into a rehearsal in September 2016. She told me it was one of the first times she has been in a room of classical musicians and has not felt like the other. It gives me chills just thinking about that. Representation is important and one of the main goals of our organization to make classical choral music a more inclusive environment.

Who is part of Tonality?

Tonality consists of 25 singers that represent many ethnicities and also spans a couple of generations. There is also diversity in regards to sexual orientation and religious beliefs, but our focus for the goal of representation has been to show diversity that is immediately visible to our audience. This year, we held our first sets of auditions where we added to our community of vocalists.

What inspires your unique musical programming?

Aside from our goal of diversity within the ensemble, we also look for diverse voices and musical styles to convey common ideals. The first thing we look at is the text, since that is how we express our message. Then, the goal is to find multiple ways to express these messages. For instance, when we can pair an African song with a Buddhist text to express prayer, or text from Anne Frank to Joel Thompson’s piece “Seven Last Words of the Unarmed” to convey hope, we start to communicate the human connection we sometimes lose due to the divisions within communities.

You mentioned that music can be a powerful tool for subjects like this.

Sometimes, we don’t allow ourselves to feel what others are going through, feel their pain and connect it to our own pain. Singing can bring out the more the emotional side. We can have a conversation about immigration or I can sing you a song about being a refugee.

How did you get into choir music?

I have always been involved in some type of choir. I was singing in church choir from the age of four or five. I was the only kid who sang in the adult choir because I could understand and pick up harmonies well.

I joined choir in middle and high school, but did not really think music was a practical path and had decided to major in mathematics. However, in a random twist of fate, I went to an academic institution called the NC Governor’s School the summer before my senior year of high school for choral music, and knew that I wanted to be involved in music somehow. After I returned, I took the AP Music Theory test on a whim (because my school didn’t offer the class) and received a five, so that was the last sign I and my parents needed for me to pursue my studies in music.

Within my high school, undergraduate, master’s degree and doctorate studies, I formed both gospel and classical choral ensembles and didn’t really make the connection that this could be more than a hobby until Tonality. While all of these groups have been important and gratifying experiences, this group and its mission have really given me a real calling.

Tell us about your path to USC.

When I was applying for my master’s degree programs, I had the opportunity to meet most of the teachers or knew people who had attended the universities. All I knew about USC from talking to people was that it was an amazing school and was even discouraged by some from applying. However, when one does six applications, one more doesn’t seem as daunting. I thought at the very least that if I applied and didn’t get accepted, perhaps they would remember my application for when I applied again for the doctorate degree. I ended up getting in but financial circumstances actually led me across town at UCLA. Even in that difficult choice, USC professors were amazing at staying connected with me, inviting me to special rehearsal with guest conductors and making me feel welcome at their concerts. By the time I applied for the doctorate here, I felt that I was already a part of the Trojan community because of the thoughtful ways that had included me.

The USC choral program, for those who might not know, is simply a powerhouse. Many of the universities in Southern California consist of choral conductors on the faculty that received a degree from USC, and alumni receive countless accolades at the national choral conventions for their choral ensembles. The network that one receives access to just by being at USC is almost unrivaled. Being a student here has definitely helped me in the process of forming Tonality.

Both Chloe and I had autistic friends in high school, and we thought that creating a product that could interpret emotions as vibrations could really help them,” Shannon Brownlee says. (Illustration/Weitong Mai) Tech Talk

Both Chloe and I had autistic friends in high school, and we thought that creating a product that could interpret emotions as vibrations could really help them,” Shannon Brownlee says. (Illustration/Weitong Mai) Feeling the Vibes